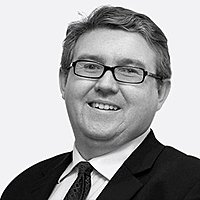 Next to Materials (especially Resources), Industrials have been the sector which has added most to Fund performance through the past couple of years.  We often address the logic behind our position in Resource names, and in recent years have also consistently spoken to the impact the Bond bubble has had on the performance of Infrastructure and Property stocks listed on the ASX.  We still consider stocks in these bond sensitive sectors to be materially overvalued, and the global reflation trade likely to continue.  We have spent less time in recent years discussing our Industrial names, especially those well run smaller names, which have added meaningfully to performance, such as Cleanaway, Lend Lease, and straying slightly from the Industrial path, Clydesdale Bank.

Vik Bansal became CEO at Cleanaway two years ago.  He immediately focused upon improving asset turnover for the group which had a long history of acquiring revenue growth but not extracting any operational benefit, and hence not producing any free cashflow.  Last year, on flat revenues and assets, EBIT grew 50% as operational synergies were obtained from improved performance.  This reflected the strategy for the group, with three pillars (customers for growth, continuous improvement for cost and capital efficiency for cash) each designed to extract ongoing operational leverage.

Strategy is one thing, but execution is always king, and it is here where Cleanaway have excelled.  A good example of this is the conversation had with the then chief information officer, when Bansal started.  Each IT project was asked to be assigned to a column reflecting the three strategic pillars – was it designed to increase revenue, reduce cost, or reduce capital requirements.  Most projects could not be directly linked to any of these three columns; those projects were soon consigned to history.  Bansal has done a great job with asset turnover, improving operational and capital efficiency, however revenues have not grown whilst these improvements have occurred.

Cleanaway have recently won large contracts which should address this issue to some extent, and they agree this capability needs to be improved. The market value of Cleanaway has grown 50%, in line with the earnings through the past two years, and to maximise executive incentives earnings need to compound at 12.5% through the next three years, along with other hurdles relating to return on capital and relative TSR.  Earnings growth in the ASX200 for industrial companies has been 5% or less every year for the past five years, and hence a growth rate of double the market is an ambitious target, but one which Cleanaway believe is readily achievable.

Fund performance has also benefited from a more recent listing operating in the waste industry, Bingo Industries. Being newly listed, Bingo has a wider span of potential operational outcomes than what we would assess Cleanaway to have. It has significant organic revenue growth, and has recently entered the commercial and industrial market and has a phenomenal winning record in tenders through the past year, with some blue chip customers such as Bunnings, McDonalds and both AMP and Lend Lease shopping centres, in every case won in some part by Bingo’s use of innovation and technology, especially in recycling. It has also recently acquired a presence in the Victorian market, and if it is able to replicate through the next several years operating returns in Victoria those generated in New South Wales, equity owners shall be well rewarded.

Lend Lease has been a strong performer because of capital discipline as much as operating performance. The Barangaroo development in Sydney and Elephant & Castle in London have been counter cyclical investments which have generated strong returns in recent years.   Further, the realisation of the residual holding in the Bluewater shopping centre for an exceptional price, has also contributed to value creation. In each case, counter cyclical investment, hence seen as risky at the time of conception, has generated great value for shareholders.  Capital allocation is as important a driver to value creation or destruction through a cycle, as operational performance, and through the past cycle Lend Lease is a poster child for how it can be done well.

Clydesdale Bank has performed very well since demerging from NAB 18 months ago, despite the Brexit travails.  Loan growth has been almost 10% in a flat market, whilst margins have held firm, and underlying operating costs have dropped almost 10% as branch numbers have dropped from 275 to 168.  Again, targets which seemed a stretch – revenue growth above market whilst dramatically dropping the cost to income ratio by 20% to circa 55%, doubling the return on tangible equity by F19 - are thus far being met and exceeded.

All of these examples of operational and capital effectiveness explain some of the better recent contributors to Fund performance, but a paradigm provided by Reed Hastings, the founder of Netflix and a board member of Facebook, also informs how we value incumbents and challengers.  Why do challengers do so well, especially as they roll up, yet seem to hit an inevitable financial wall and market implosion, as we have seen in the Telco, Services (IP Attorney) and Healthcare (Aged care) sectors in recent years?  Also, why do incumbents (Telcos, Supermarkets, Miners, Platforms) find it so hard to respond when smaller competitors emerge and gain momentum?  How should both scenarios be valued in the medium term, as opposed to just going with the momentum?

An answer to this comes from an unlikely source.  Hastings published an online guide to the Netflix culture a decade ago, since downloaded more than 10 million times. Hastings had the view that most companies curtail freedom and become bureaucratic as they grow; this repels high performers; which creates chaos and errors as the business becomes too complex to run informally with a degraded talent level.  The process which emerges to stop the chaos - make few mistakes and optimise processes for the existing market – sees efficiency trump flexibility.  However, when the market shifts due to innovative technology, competition or business models, the incumbent is unable to adapt quickly because process adherence is the value system for the organisation. Most large companies fit this model perfectly.

Hastings’ view is that the only solution to this divergence is to increase the talent density in an organisation, by paying generously for high impact, whilst minimising complexity growth by focusing upon fewer, big products or businesses, rather than many, smaller ones (just as Apple did, and, interestingly, the Woolworths and ANZ solution in recent years).  There is an economic basis for this approach; Hastings talks to a high performer being twice as good as their peers in procedural work, and yet 10 times better in creative and inventive work.

The model also explains why many challengers implode; they cannot culturally maintain the quality of the employee base in sync with the growth of the company.  During the emergent phase, especially while aided by M&A accounting, many of these companies are market darlings, with the absence of cashflow being barely remarked upon. Without cashflow emerging, inevitably, these same firms cede most or all of this market performance, which is why stocks we have not owned such as Ramsay, Healthscope, Vocus, TPG, Dominos, Aconex and Mayne Pharma, having been stellar performers for several years, have all reverted to a greater or lesser extent through the past year, assisting performance. Jim Chanos shorted Continental Resources, a US shale producer, and described the reasoning as a mismatch between production and free cashflow, and negative free cashflow, high debt levels and compensation structure reflecting production rather than returns. Fair to say our check list for assessing the investment merit for these fallen angels is not much different; what is the steady state cashflow and how do we satisfy ourselves as to this number?  Opacity has inevitably led to caution being rewarded in this assessment in the medium to longer term.

For further insights from Schroders, please visit our website