The one asset that could outperform in any future markets scenario 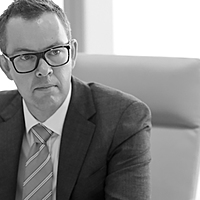 The US Federal Reserve hiked by another 0.75% at its November meeting. There has been a remarkable amount of tightening in a short period of time. Equities and rates markets are now pricing a short, shallow US recession next year. In this wire, I show why this is not inevitable – and what a range of plausible scenarios means for diversified portfolios.

The Fed wants to be in restrictive territory for an extended period. The message is clear. But the range of plausible economic and market outcomes is wide. Here are three plausible scenarios:

Short shallow recession: In this scenario, the Fed hikes too far, too quickly, and is forced to cut rates almost immediately after reaching the terminal rate. Right now, that is priced to be above 5.00%, with around 0.50% of rate cuts over the following six months.

Extended pause: The Fed has historically paused for a long period of time after reaching its terminal rate. This tends to extend the economic cycle. In this scenario, growth slows but remains positive, while core inflation falls below the Fed Funds rate.

Table 1 below shows the impact on economic and market variables over the next 12 months.

Table 1: Three scenarios for the next 12 months

Is a recession inevitable?

If we have a recession next year, it will be the most anticipated recession in living memory. US rates markets have certainly priced a recession, as have US equity markets. But while the Fed is talking tough, their historic reaction function suggests a recession early next year is avoidable.

Chart 2: Core PCE inflation is above rates, but not for long

And so, the Fed will pause and we expect that pause will last for at least six months and possibly 12 months. Interestingly, Fed Funds futures 12 months from now are well above market pricing for inflation in 12 months from now. The market is screaming that the Fed does not need to hike to 5.00% - the Fed is already in very restrictive territory.

Chart 3: The market is screaming we are in restrictive territory

What does this mean for the economy?

US growth is going to slow but it also means inflation is going to slow. We think disinflation or outright deflation is a bigger concern over the next 12 months. The different scenarios painted above differ only to the extent of that slowdown.

What does this mean for assets?

All of the plausible scenarios are positive for Treasuries returns. In recessionary scenarios, government bonds will provide critical downside protection for investors. We recently moved our rating for US (and Australian) government bonds to Moderately Attractive. That rating was Highly Unattractive at the start of the year.

The outcome for equities is more nuanced.

A painful, non-linear recession could result in a 10-20% decline from current levels. And the recession could last longer than markets currently have priced. In that case, we expect equities would be below current prices.

But an extended pause is not priced in equity or rates markets. Slower growth next year will slow earnings, but we expect earnings will outperform current low expectations. That leaves upside from current valuations.

What can I do in my portfolio?

The Fed’s most recent meeting bolstered the consensus view that we are marching into recession early next year. We do not think so. Even so, scenarios are a useful tool for investors, and actions will depend on your starting point. From our perspective, we see genuine value in government bonds, particularly with longer-dated yields above 4.00%.

We do not think it is time to be selling equities. In fact, it could be a good time to be adding exposure to any further weakness, depending on your time horizon.

I am passionate about improving investment outcomes for clients. I draw on my experience in risk and portfolio management, economic research and investment strategy, central banking and academic life to deliver great investment solutions for...

Living in the New ‘New Normal’

Living in the New ‘New Normal’