The opportunity (and challenge) of online grocery for Coles and Woolworths 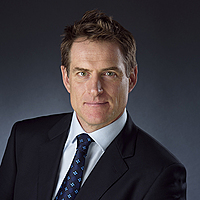 Paradoxically, whilst the grocery sector is the largest component of the retail sector, its online presence remains in a nascent state. Given grocery’s prominent position in retail spending, it is worthy to explore why its adoption has lagged other forms of retail online consumption, and consider the challenge and opportunity for Coles and Woolworths.

Grocery’s under-representation in online spending can be largely explained by the idiosyncratic nature of the composition of goods sold. In its simplest form, the delivery of groceries through online channels offers a range of unique challenges.

The above list is not exhaustive, but it does highlight the distinctive challenges posed by online grocery delivery.

The core attributes of the grocery market, therefore, does pose considerable challenges to online providers. As part of our due diligence process, we have visited the UK several times to gain greater understanding of the grocery industry.

Given its favourable characteristics, the UK has attracted many of the global supermarket chains to compete with its entrenched domestic counterparts.

Amazon, too, has recognised the potential latency in the UK by being an earlier online grocery adopter in 2010. Yet, despite considerable effort, Amazon’s presence in online grocery has, to date, been noticeably muted with an online market share entrenched in the low single digits.

Instead, Ocado a UK based online grocer has been a more effective player capturing market share gains of c.15%. Through its proprietary warehouse technology Ocado’s online strategy has delivered impressive revenue growth over the last decade.

Conversely, at the same time, it is Tesco (UK’s largest supermarket operator) that has captured the lion's share in online grocery sales with c.37% market share. It is apparent that store-based retailers such as Tesco are considerably more cost advantageous compared to the warehouse model of pure online players such as Amazon and Ocado. This is due to the brick-and-mortar stores' ability to capitalise on their purchasing power, existing distribution network, and hence, a cheaper delivery fee.

The opportunity (and challenge) for the Coles and Woolworths

What is notable with the above chart is not only the dominant position held by the incumbent Woolworths and Coles brands, but the glaring absence of the discounters, namely Aldi and Costco, and the behemoth Amazon from the Australian online grocery sector.

In Australia, much of the disruption of the supermarket sector has not been from online competitors, rather it has been driven by the introduction of the discount models of Aldi and more recently Costco. In the same way as the UK, the online grocery market remains subjugated by the major supermarkets and disrupted by the discounters Aldi and Lidl.

By no means insurmountable, through its unique characteristics, online grocery has proven to be a thornier and structurally challenging sector. Critically, given the in-depth penetration of grocery stores in local communities and the paucity of suitable warehouse sites in densely populated areas, supermarkets retain significant cost advantages in the delivery of groceries compared to the warehouse model. Indeed, recognition of the value of a physical supermarket footprint is evident from Amazon's purchase of Whole Foods in 2016.

Whilst, I have outlined several underlying challengers associated with online grocery, it remains a fundamentally and pivotally important avenue of growth for all industry participants. Therefore, our gaze should remain firmly focused on monitoring the progress of the incumbents, notably Coles and Woolworths but equally on the challenger online grocery business models.