The risks that matter are the ones we don’t know 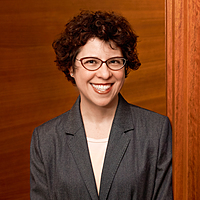 Investing requires making a judgment about the future, and yet it is only when we grasp the limits of our knowledge that we can make good investment decisions and construct resilient portfolios.

Navigating risk events skillfully is crucial to managing portfolios successfully. While the forecasting ability of the investment community does well during normal times, predicting the nature and timing of the next risk event is all but impossible.

So how do we protect portfolios from risks we cannot predict?

Looking at the past is certainly relevant here but we should remember that history does not repeat itself; it casts a very long shadow.

Society responds to crises and shocks by building moats. These moats often prevent the same shocks reoccurring, and if they do re-occur, the damage will be less the second time around. It is not perfect though. The moats we build often have unforeseen or unintended consequences. The CIA has a name for a similar phenomenon in the realm of politics: the term is blowback.

Let us look at a few examples.

The Asian currency crisis exposed weaknesses associated with borrowing in a foreign currency. The moat which developing economies erected consisted of a large accumulation of foreign currency reserves. In the process, strong and persistent capital flowed into US treasuries for a period of about ten years, driving down borrowing costs in the US and spurring financial engineering until it eventually led to the eruption of the global financial crisis (GFC) in 2008.

One important response to the GFC came in the form of regulatory measures. One implication from these measures is that the capacity for dealers - the intermediaries in bond markets - to hold and increase their inventories of bonds, a pressure valve in times when there is a scramble to sell, is today significantly limited. The blowback from this is financial market susceptibility to major liquidity crises in times of acute market stress. This played out in March when even the US Treasury market became dysfunctional.

Fast forward to today and the risk many investors worry about is that the policy response to the pandemic will eventually unleash excessive increases in the prices of the goods and services we consume.

The acceleration in broad money growth is the canary in the coalmine for this argument. It supposedly is a sign of immense spending capacity on the part of households and businesses.

Before becoming concerned about inflation we need to see the unemployment rate fall, a lot. Only then can wages grow rapidly. Without fast wage growth, sustained high consumer price inflation is very unlikely. Just as cars move slowly in heavy traffic, so too must inflation as the economy absorbs many underutilized and unemployed people. Wage growth has slowed to historical lows during the first half of this year, making the speed limit for inflation a very distant prospect.

When one day we do get back to full employment or even experience a tight labour market, there is a lot that central banks can do to rein in inflation. The decades-old frameworks that govern monetary policy today emerged from a need to lower inflation. Central banks have a hammer to deal with inflation but a string to fight deflation. Cash rates have a lower bound, not an upper one. To take our driving analogy a little further, we have designed the road rules to limit speeding, not to speed up slow drivers. Speed cameras catch fast-moving cars, not the ones moving too slowly. Central bankers have not become more cavalier about high inflation: they simply need to redesign frameworks to deal with a problem they were ill designed to tackle: the problem of low and falling inflation and inflation expectations. This is why the Federal Reserve recently adopted Flexible Average Inflation Targeting.

What about the argument that policy makers will ignore the speed limit? Our driver may be inclined to exceed the speed limit once the traffic flow lightens up.

The idea that there is an incentive to let inflation heat up is now widely accepted. Yet it is deeply flawed.

“High inflation will lower the debt burden”, the argument goes. Just as we may wish to stabilize or lower our debt in relation to our income, governments wish to stabilize or lower debt relative to nominal GDP. If they attempt this by somehow increasing inflation to be considerably above its target, say to 8 or 10 per cent, then interest-servicing costs will increase too, because the bond market will factor in much higher inflation and a higher future cash rate. As a result, the debt burden will actually increase. If central banks try to prevent long-term interest rates from rising by continuing with asset purchases at such a time, then the exchange rate will fall along with the credibility of the central bank. As input costs escalate, excessive inflation will eat into corporate profits and undermine employment growth. Such a scenario would see politicians and central bankers lose their jobs. There is no incentive to do anything other than grow the economy out of debt. That, we know, is not easy.

The bottom line is we have a very adequate moat to keep high inflation away.

Risks exist and shocks will occur in the future but they will probably be beyond the realm of human prediction and for which there is no oracle of Delphi to consult. High inflation is unlikely to be one of those.

Credit Suisse Private Banking specialises in asset diversification, holistic wealth planning, next generation training, succession planning, trust and estate advisory, philanthropy. For more information on how we can help you achieve your financial objectives, hit the contact button below, or follow me for our latest fixed income and macro insights.

........
The information and opinion expressed in this report were produced by Credit Suisse as of the date of writing and are subject to change without notice. This document has been prepared for and is provided only to permitted recipients in Australia who qualify as wholesale clients as that term is defined by section 761G(7) of the Australian Corporations Act 2001 (Cth.) (the “Act”) and as sophisticated or professional investors as defined by sections 708(8) and (11) (respectively) of the Act, in respect of which an offer would not require disclosure under Chapter 6D or Part 7.9 of the Act. The report is published solely for information purposes and does not constitute an offer or an invitation by, or on behalf of, Credit Suisse to buy or sell any securities or related financial instruments or to participate in any particular trading strategy in any jurisdiction. Information pertaining to price, weighting, etc. of particular securities is subject to change at any time. While Credit Suisse has made every effort to ensure that the information contained in this document is correct as at the time of publication, Credit Suisse can make no representation or warranty (including liability to third parties) either expressly or by implication as to the accuracy, reliability or completeness of the said information. Credit Suisse shall not be liable under any circumstances for any direct, indirect, contingent, special or consequential loss or damage suffered as a result of the use of or reliance on this information or in connection therewith or by reason of the risks inherent in financial markets. Nothing in this report constitutes investment, legal, accounting or tax advice, or a representation that any investment or strategy is suitable or appropriate to individual circumstances, or otherwise constitute a personal recommendation to any specific investor. Any reference to past performance is not indicative of future results. Credit Suisse recommends that investors independently assess, with a professional financial advisor, the specific financial risks as well as legal, credit, tax and accounting consequences. The attached report is distributed in Australia by Credit Suisse AG, Sydney Branch (“Credit Suisse”) (ABN 17 061 700 712 AFSL 226896), Credit Suisse does not guarantee the performance of, nor makes any assurances with respect to the performance of any financial product referred herein. Neither this document nor any copy thereof may be sent to or taken into the United States or distributed in the United States or to a US person. In certain other jurisdictions, the distribution may be restricted by local law or regulation. The entire content of this document is subject to copyright (all rights reserved). This document or any part thereof may not be reproduced, transmitted (electronically or otherwise), altered or used for public or commercial purposes, without the prior written permission of Credit Suisse. © 2020, Credit Suisse Group AG and/or its affiliates. All rights reserved.
save

Jasmin has primary responsibility for the fixed income funds in the DPM team and is a member of the Australian Investment Committee, contributing to the strategic and tactical asset allocation process at Credit Suisse Australia Wealth Management.

Get investment ideas from Jasmin Argyrou when you sign up to Livewire Markets.