To hike or not to hike 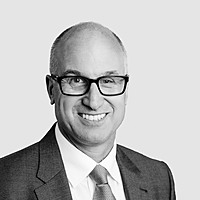 The Royal Commission into Banking. My lord! But rather than opine over the content, we are interested in the potential impact. Several months ago our economist Tim Toohey estimated the impact on consumer spending when interest only loans switched to principle and interest. We were pleased to see Deputy Governor Chris Kent come out with very similar estimates, directly rebuking some of the more alarming estimates in the market place. But the Royal Commission has chastised banks for not verifying expenses on home loan applications.

The natural recourse for banks is to more diligently access expenses in home loan applications. Some commentators have suggested this will reduce the amount of the average loan by 30-40%. We have spent a lot of time over the last month investigating the potential for this impact. We dived deep with some of the banks’ own economists, spoke to mortgage brokers, reviewed the history of changes to date, and the current loan calculators. It is too early to say whether the banks will get even more conservative on their expense assumptions, but the interesting thing is a lot of adjustment has already been made. Below are the adjustments CBA have made to date (the banks have all made similar adjustments):

To be honest, the more we dug here the less clear the answer is. But a few things are clear:

It does have the potential to delay an RBA hike this year, and at this stage we would not argue emphatically one way or the other. The broad Australian economy is performing very well and will get a boost from tax cuts this month. We have a very real time indicator of housing- the weekly clearance rate for house auctions. We will watch this closely and continue to liaise with the banks and mortgage brokers for an early indication of more restrictive lending. The prospect of an RBA rate hike in either November or February next year is very fluid. If clearance rates stabilise at 65 or higher, the RBA will commence hiking. If not, they wait. They won’t cut. About the Ellerston Global Macro