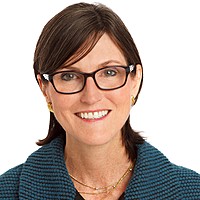 The coronavirus has thrown the markets for a loop, understandably. Half of the solution is understanding the problem, so we are reassured by the universal and unified policy responses globally.

I recall three such periods of global policy resolve during my career, each of which launched or sustained significant equity bull markets: The Plaza Accord in 1985, Y2K in the mid-to-late 1990s, and the Global Financial Crisis (GFC) in 2008–09. Each response was either in anticipation of or in the midst of serious economic setbacks and, although some of the bull markets ended in excesses that required correction, investors enjoyed equity appreciation for a minimum of two years.

After a 50% increase in the US dollar from 1980 to 1985, finance ministers from around the world gathered at the Plaza Hotel in New York City, acknowledged the risk of widespread deflation in a dollar-starved world, and coordinated policies to normalise the dollar.

In response, the S&P 500 nearly doubled during the next two years.

On the heels of a Computerworld article, “Doomsday 2000” in 1993, Massachusetts programmer David Eddy coined the acronym Y2K in the middle of 1995, inspiring books like McGraw Hill’s “The Year 2000 Computing Crisis” in 1996 and guidelines like the British Standards Institute’s “Year 2000 Conformity Requirements” in 1997. As governments around the world aimed both fiscal and monetary policies at thwarting a technology-related economic meltdown at the dawn of the new millennium, the S&P 500 nearly quadrupled during the four years from mid-1995 to late-1999.

Finally, during and after the subprime mortgage meltdown and Lehman Brothers’ bankruptcy during the GFC, fiscal and monetary policymakers around the world united in their efforts to prevent economic collapse, highlighted famously in 2012 by European Central Bank President Mario Draghi who proclaimed, “…the ECB is ready to do whatever it takes to preserve the euro… And believe me it will be enough.”

Global policymakers are united in attacking the coronavirus and averting recession

So, here we are again, this time facing the global economic consequences of a virus named “SARS-CoV-2” and the disease it causes, “coronavirus disease 2019”, abbreviated as “COVID-19”. Governments around the world are responding once again with resolve, both fiscally and monetarily.

Last week, in an effort to understand how serious COVID-19 is, I interviewed Professor Isaiah (Shy) Arkin, the Arthur Lejwa Professor of Structural Biochemistry at The Hebrew University of Jerusalem, whose expertise includes flu viruses. Please find the link to our podcast here.

While discussing the worst, best, and most likely outcomes, without downplaying how serious this virus is, I began to believe that social media fears have gone more viral than COVID-19 will, causing more hysteria — and stimulus — than otherwise might have been and will be the case. Indeed, this coronavirus does not seem to be hitting the young, an observation that social media seems to have missed. In the course of comparing COVID-19 to the common flu, most of us have gained meaningful perspective on the statistics: in the US alone, the winter flu typically impacts roughly 35 million people, nearly 10% of the population, and kills almost 35,000 people, disproportionately the elderly and the young In contrast, as winter draws to a close in the northern hemisphere, COVID-19 has impacted fewer than 100,000 people thus far, not just in the US but globally, killing fewer than 3,000, six of them as at the time of writing in the US. That said, because COVID-19 hit US shows much later than it did Asia and Europe, with testing beginning in earnest just this week, the odds are high that negative headlines will persist for several more months.

While the mortality rate seems higher than that of the typical winter flu, the total number of cases is likely to be much lower, not only this year as spring approaches, but also in the future now that vaccines are on track for approval in record time. While this time could be different, viruses tend not to survive in warm weather, so the odds of sustained human and economic duress are diminishing. Moreover, the precautions that consumers and business have taken to avoid COVID-19 could limit the number of cases and deaths typically associated with the more traditional winter flu.

The Odds of a Global V-Shaped Recovery Have Increased

Given the extreme policy measures in force in China and elsewhere, the odds of a V-shaped global economic recovery from this short-term shock have increased. Election year stimulus in the US already seems to have greased the skids.

For the past year, I have been struck by the dichotomy between consumer and business confidence and spending in both the US and China.

Until COVID-19 hit, consumer confidence and spending had been strong while businesses were retrenching. As measured by Bloomberg’s weekly Consumer Comfort Index in late January, US consumers hadn’t been as confident since the year 2000. Around the same time, the US Purchasing Manager’s Index (PMI) had plummeted to a four year low. Consumers have been responding to record low unemployment rates and accelerating wage gains while businesses have been unsettled, if not buffeted, by various trade conflicts and flattening to inverted yield curves. Historically, inverted yield curves have been harbingers of recession within 12 to 18 months but, as I have delineated in previous letters, they were commonplace during the last period of truly disruptive innovation in the 50 years ended the Roaring Twenties. In China, the story is the same: until recently, consumer confidence and spending had been strong while its PMI had plummeted.

In other words, inventories and capital spending have lagged well behind the optimism associated with consumer spending gains for an extended period of time, typically the recipe for a V-shaped recovery. In our view, while real GDP could be hit through mid-year by cancelled flights and conferences and other business disruptions causing another round of inventory and capital spending cuts, the rubber band associated with a global rebound has been stretching for more than a year now.

As a result, a V-shaped recovery could surprise significantly on the high side of expectations during the second half of this year into 2021.

During the worst financial crisis of our lifetimes, innovation gained more traction than most investors had expected. Companies offering faster, cheaper, more cost effective, and creative products and services gained significant share. Software-as-a-Service and online retail were prime beneficiaries during the GFC. As technology budgets were cut by 20 – 30% in and around 2008–09, for example, Salesforce.com chalked up a 20% increase in revenues during its worst quarter. At the same time, while retail sales were falling, Amazon delivered 14% growth during its worst quarter.

We believe that the turbulence caused by the coronavirus is giving innovation another opportunity to break through the traditional world order.

Each of the five innovation platforms evolving today is offering solutions to the problem. Thanks to breakthroughs in DNA sequencing and artificial intelligence, researchers sequenced the COVID-19 virus in just two days, compared to five months for the SARS coronavirus in 2003.18 As a result, the FDA is likely to approve the first vaccine in a few months instead of 12 – 18 months, well ahead of the next flu season. In response to disruptions, 3D printing, robotics, autonomous technology, and blockchain technology are likely to gain traction as companies streamline supply chains, not only pushing production closer to end consumers but also accelerating the time to market and facilitating transactions much more efficiently than business processes can accommodate today.

COVID-19 has gone viral, with social media instilling fear — if not hysteria — and exacerbating the dichotomy between consumer and business behavior that has been in place for more than a year. While inventories and capital spending are likely to fall during the next few months, governments around the world are united in their response and resolve to resurrect demand, a dynamic that has been associated historically with buoyant equity markets. As a result, the odds of a V-shaped global recovery are increasing.

As is typical during periods of turbulence, consumers and businesses are willing to think differently and change their behavior. As both look for cheaper, more productive, or more creative ways to satisfy their needs, we believe that disruptive innovation will take root and gain significant market share.

Not everyone sees the next big thing coming

The Nikko AM ARK Global Disruptive Innovation Fund offers access to a global equity portfolio that provides thematic exposure to disruptive innovation. The Fund seeks to capture long-term capital growth by capitalising on changing trends caused by technology-enabled innovations like genomics, robotics and next generation internet. For more information hit the contact button below.

The content is available for informational purposes only, is of a general nature only and does not constitute personal advice nor does it constitute an offer of any financial product. The material does not take into account the objectives, financial situation or needs of any individual. All statements made regarding companies or securities or other financial information are strictly beliefs and points of view held by ARK or the third party making such statement and are not endorsements by ARK of any company or security or recommendations by ARK to buy, sell or hold any security.

Certain of the statements contained in this material may be statements of future expectations and other forward-looking statements that are based on ARK's current views and assumptions, and involve known and unknown risks and uncertainties that could cause actual results, performance or events to differ materially from those expressed or implied in such statements.