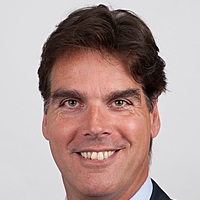 BRN has replicated this process in a computer chip design that can  contain  several thousands of artificial neurons. The company's Spiking Neuron Adaptive Processor, or SNAP, is a hardware-only computer chip solution that doesn't require any software code to operate.

One of the main advantages of BRN's chip compared to software-based AI is speed. Software-based AI programs, such as Deep Learning, run on computers that work sequentially meaning a program is executed one step at a time. So  while the  processor is calculating, the entire program needs to wait for the outcome of that calculation before it can use that outcome in the next step of the program. However, like the human brain, BRN's  chip  works in parallel. All artificial neurons on the chip can fire and receive spikes simultaneously, which leads to a tremendous speed advantage. A pattern that may take BRN's chip minutes to recognise and classify, may take a software-based AI  program hours or even days.

Another advantage is cost. Deep Learning programs, like IBM's True North, require very substantial amounts of computer power that can fill entire floors with computer equipment. Not only is the Capex for these computers extremely high, the Opex is very substantial as well because  of the high energy consumption of these systems. Given BRN's speed advantage, the required Capex to achieve the same result will be substantially lower.

Lastly, there is a clear size advantage to BRN's solution. Obviously, a room full of computer equipment doesn't fit well in mobile devices and on equipment at  the edge of the Internet of Things, such as sensors. BRN's chip solution is small enough to  be embedded in mobile phones, for instance for voice recognition, either stand alone or as part of  a System-on-a-Chip (SOC).

The number of applications areas for BRN's technology is sheer endless and includes  face  and voice recognition in mobile devices and security applications, fault detection in engines through sound patterning, autonomous vehicles, robotics, computer gaming, body implants, weather forecasting, biotech and genetics etc. Before being deployed or embedded, the chips can be trained in a specific application area, e.g. face recognition, by feeding the master chip relevant data sets from which to learn. The resulting synaptic weights can subsequently be copied to all chips manufactured for that specific purpose.

There is nothing artificial about BRN's addressable market

The market for highly specialised  neuromorphic chips is expected to reach US$  5BN by 2022, from just US$ 500M  in 2014. However, we believe the broader market for embedded AI  is likely to be many times larger. Consequently, we believe the future for BRN looks very bright indeed.

Find out more about TMT Analytics at (VIEW LINK)