Welcome to The Great Depression 2.0 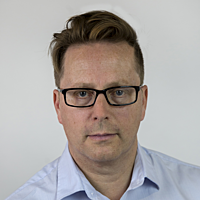 In his masterpiece, The World in Depression, Charles A. Kindleberger concludes the major cause of the Great Depression was a paralysis of leadership caused by the decline of the UK and the immaturity of the US. Neither was able to provide leadership and put themselves forward as the economy of last resort after the 1929 crash.

Kindelberger argues that during the 19th century, global growth was balanced by the UK’s decision to keep its economy open. When the home country boomed, capital flooded in to invest, but imports surged and offset the depletion of capital elsewhere. When the home country swooned, capital sought higher returns offshore, boosting growth elsewhere and therefore exports from the UK, softening the downturn. This mechanism prevented recessions from spiralling into depressions.

When the UK’s political and economic weight dramatically declined through the first 30 years of the 20th century so did this mechanism. And to make matters worse, when 1929 arrived the US was not ready to shoulder the burden of global leadership. When trouble came, it closed its trade borders. The globe was leaderless and deprived of all external demand.

This analysis has two important points to make about our current situation. The first is that for the past couple of business cycles, the world has enjoyed a remarkably similar parallel in its macros settings. As the US boomed through the late nineties internet economy then again through its post-millennium housing bubble, capital flooded in, causing some to argue that the widening current account deficit was a result of a surplus of investment opportunities. The result was an imports boom, which boosted the peripheral or emerging markets, in particular China.

Then, as the US weakened, and monetary and fiscal policy was eased, capital flooded outwards to emerging markets, again especially China.

The second point to draw from Kindleberger is that the UK/US global leadership impasse is a clear parallel with the US/China today. The US is no longer willing, or in a position, to be the engine of global demand; the political price for its working classes is too high. Equally clearly, China is not yet of sufficient size, power or sophistication to lead the world into a new economic era through an open economy.

Indeed, it is worse than that. The Chinese system is a half-pregnant capitalist autocracy with completely different priorities to those of a liberal democracy which will lead to even more perverse political economy outcomes.

We can see this already today in the remarkable, and shocking, push to blame the US for the Chinese derived pandemic. Rather step up as global leader, the Communist Party of China has ordered its diplomats to spread the vicious lie that America planted the virus in Wuhan.

Let me reiterate, it's not not ratbag media or fringe nutjobs or shadowy psy-ops at work. The CCP diplomatic corp is doing this. It is an open declaration of psychological war.

This desperate gamble also implies that the CCP accepts that its social contract with the Chinese people has fallen victim to the virus. As the economic model ends, the CCP can no longer guarantee wealth accumulation in return for autocratic rule. So, instead, it has moved to aggressive nationalism as its last redoubt.

Less extremist versions of this paradigm shift can be multiplied across every nation on earth.

Returning to Kindelberger and The Great Depression analogy, following the crash of 1929 and recession, the US deployed the Smoot-Hawley tariffs and global trade unwound as well, dragging out the downturn for years, superbly illustrated in Kindelberger's famous web chart: Similar policy will play a deglobalisation role today as it did in the 1930s. We have created a fragile system with absurd concentration risk in China, selling out our production diversity for a dream of temporary wealth. Tony Abbott is an early mover, via The Australian:

But what so many countries are now discovering is their dependence on global supply chains (and ultimately their dependence on other governments) for a host of products that don’t normally seem that important; but are suddenly realised to be absolutely critical in a crisis, like the 80 per cent of the basic ingredients of all the world’s pharmaceutical drugs that are reportedly sourced from China.

Now, I’m in favour of freer trade because it eventually produces greater wealth. As the prime minister who finalised trade deals with Australia’s three biggest trading partners, including Japan,

I’m not just a theoretical free trader but someone who’s actually made it happen.

It’s not freer trade that’s the problem, but freer trade with people who don’t really believe in it: its one-sided implementation by countries that see trade as a strategic weapon and the somewhat naive way most democracies have let our strategic rivals exploit it. So if good is to come from this crisis, it must focus countries’ minds on the need to be self-reliant as well as rich.

This has been the real “China virus”: not the contagion sweeping out of the wet market of Wuhan, but our over-dependence on just one country, not just for inexpensive finished goods, but for vast swathes of our supply chain. This has been our deepest complacency, trading off long-term national security for short term economic gain; giving up deep things for shallow ones.

Not too late, I hope, we can now ponder whether a self-respecting country can afford not-to-have some serious capacity for manufacturing, when it comes to essential drugs and vital health equipment, as well as sophisticated electronics, and the wherewithal of national defence. Can we ever afford not-to-have adequate stockpiles of essential commodities (such as fuel, let alone lifesaving drugs) on hand here at home? I doubt it very much.

We cannot. We never could. And so free trade will be crimped, if not go into full reverse, as nation's bristle at one another's withdrawal from globalisation in a leaderless era.

It will be made worse, a lot more so, by the actions of the private sector, which will no longer make simplistic choices about offshoring and global sourcing. There will be intense moral and capital pressure not to do so.

In summary, the first casualty of the Wuhan flu will be the immediate shutdowns and enormous blow to global output.

The second casualty will be the financial system and a major banking crisis, deflating asset prices.

In an echo of the Great Depression, the third casualty will be global trade as deglobalisation leaps forward.

Finally, and most importantly of all, geopolitical crisis is upon us in a way that will likely make all three worse.

Like the Great Depression, the shock of Wuhan flu is a structural blow to a boom period in global output and the geopolitical structures that delivered it. It is so vast that it is impossible to capture with any sense. All we can say is that the depression ahead will be severe. Though it probably won't be as bad as the 1930s in headline numbers because we have better Keynesian tools to manage and disguise it, it will be entirely bad enough. The recovery will be slow, halting and in the end, probably inflationary.

For China, the CCP has rightly identified that it is facing the end of its globalisation period and an existential threat to itself. Its growth will never be the same again and its descent into the middle income trap both much quicker and more irretrievable.

For Australia there is nothing ahead but more pain. We went more overweight than any other nation fragile globalisation and de-industrialisation, with gross value-add for manufacturing at a preposterous 5% of GDP, well under half that of the UK and even less versus the US. Our position vis-a-vis the US/China tension is about to turn entirely untenable as well. As China deflates, we repatriate production, pull back from the mass-immigration economic model, and seek to rebuild defence, it will be a long and difficult road demanding vastly improved competitiveness via huge internal deflation, a much lower currency, and some tariffs.

For investors, liquid assets are now everything. The future is extraordinarily uncertain and being nimble is vital. Property is the worst place to be: illiquid, leveraged and exposed to monetary convulsions. Wealth should be positioned to weather any and all kinds of rolling shock - both deflationary and inflationary - via fluid combinations of stocks, bonds (both inflationary and deflationary) and forex to take advantage of the tactical pivots within this paradigm shift.

The active, tactical asset manager is about to become the vital cog in every investment machine.

Welcome to The Great Depression 2.0.

........
The information on this blog contains general information and does not take into account your personal objectives, financial situation or needs. Past performance is not an indication of future performance.
save

David is the strategist for Nucleus Super, Nucleus Ethical and Nucleus Wealth. He co-authored of The Great Crash of 2008 with Ross Garnaut, was the editor of the second Garnaut Climate Change Review and was former editor-in-chief of The Diplomat.

Carlo Russo
23rd Mar, 20
Brad With repect to Ray and his '"economic machine" cartoon being excellent. He recently said "Cash is Trash" and unfortunately will likely be remember for.
b
brad northfield
23rd Mar, 20
Carlo Seen Ray interviewed on CNBC last week after his funds dropped 20%. He certainly was not saying cash is trash. When the current circumstances are evolving so quickly, with so many unknowables, what he may of said previously was in a totally different market to the one we are in. Smart people adapt and are entitled to change there opinions.
M
Matt Daniell
23rd Mar, 20
Great article - impressed again by your work and Nucleus Wealth! The Wuhan flu - I like the courage. And I agree (with Carlo) - the "cash is trash" line will haunt Mr Dalio and bring his reputation back to reality.
A
Aengus O'leary
24th Mar, 20
psy-ops works I saw 'American virus' as retaliation for some a-hole calling it a Chinese virus?
T
Tom Virgona
24th Mar, 20
Such an optimist !

peter calo
25th Mar, 20
So where will that leave all those advocates of negative gearing when property prices no longer rise? In this environment, debt is poison.

Get investment ideas from David Llewellyn-Smith when you sign up to Livewire Markets.