What can we expect at the Fed's next meeting on interest rates? 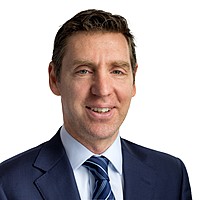 Many in the financial community tuned into Federal Reserve Chairman Jerome Powell’s Jackson Hole speech on Friday for clues on the size of the central bank's next rate hike, which will be announced at its September meeting. But they got something even better.

Rather than myopically focusing on the near term, the typically circumspect Fed Chair delivered a succinct and forceful reflection on the role of monetary policy in the economy. He also provided a history lesson on the greater pain when a central bank loses focus on its overarching mission.

Powell minced no words in describing his mission: Price stability is paramount, along with maintaining the Fed's hawkish stance until inflation returns to the its 2% target.

He recognised that the other half of the Fed’s dual mandate – full employment – would likely suffer. The impact of inflation on the labour market is complicated by the current imbalance between the supply and demand of workers.

Yet, the existence of well-noted supply-side drivers of inflation (labour shortages and lingering supply-chain dislocations) is no excuse for the Fed not to maintain a laser focus on price stability. The Fed will continue to deploy the tools at its disposal – namely raising interest rates – which work by tamping down on demand in a leverage-driven economy.

The high cost of inaction

Chairman Powell has inserted into the conversation a needed reminder of why price stability is the bedrock of monetary policy. Persistent inflation makes an economy less efficient. When left unchecked, inflation can become a self-fulfilling prophecy and weigh on the confidence of both consumers and businesses. In extreme cases, it may also lead to social unrest.

Importantly, Chair Powell noted that the ill effects of inflation disproportionately fall upon lower-wage workers and other vulnerable cohorts. Yet, as history has shown, the price of inaction only grows over time.

It’s necessary for the economy to swallow a smaller dose of bitter medicine now than a much more potent one down the road, which almost inevitably leads to recession.

Unlike last year’s virtual Jackson Hole conclave, there was strong alignment among Fed officials at this year’s meeting, with even the doves recognizing the need to rein in generationally high inflation. The Fed famously touts that it is data-driven, and the data indicate there is little choice other than maintaining a hawkish stance.

The present gap between the headline consumer price index, which includes food and energy, and hourly wages is 3.3%. That means in real – i.e., inflation-adjusted – terms, the average American worker has received a pay cut of that magnitude over the past year.

Annual change in U.S. headline inflation, nominal and real wages
A measure of the ferocity of this bout of inflation is the degree to which real wage growth has turned negative, and the Fed will likely have to tighten until this gap is closed.

We believe that the Fed’s job won’t be completed until this gap is closed. Consequently, we’ve watched with a bit of amazement as futures markets hint that the Fed’s task will be an easy one.

Only last week, futures prices were conveying the view that the Fed would not only stop raising rates by the second quarter of 2023 but also lower them only a couple of months later. Friday's speech showed Powell rejecting the idea of a pivot by referencing the Fed’s errors of the 1970s and early 1980s. Back then, the problem was only magnified by inaction until then-Chairman Paul Volker took the draconian step of raising the overnight rate to 20.0% in 1980.

Number of 25-basis-point rate hikes and policy rates implied by futures markets
Over the past month – and especially this past week – futures markets have backed away from their prediction that the Fed’s task of reining in inflation would be completed by mid-2023.

So what is the price?

Chairman Powell emphasised that no such pivot would be forthcoming until inflation has been tamed. The price of this could be a sustained period of below-trend growth. We believe the market has underestimated the task at hand. It will also take time to narrow the gap between headline inflation and wage growth.

Another important barometer will be the health of the labour market. Job growth remains strong, with the US adding 486,000 jobs on average, per month, year-to-date.

Yet in a service-based economy like that of the U.S., demand for labour is a key variable that the Fed can attempt to manage when seeking to lower upward price pressure. Other factors to watch are debt-intensive capital expenditure on the corporate side and home purchases with respect to consumers. Softening in these demand-side segments would also indicate that higher rates are achieving their desired effects.

As inflation raged earlier in the year, for a brief period the market and the Fed were in alignment in their view that rates must rise, and considerably, to quell accelerating prices. During this period, emphasis was placed on whether – or by how much – rates should exceed the Fed’s expected long-term neutral rate – that is, the rate that is neither inflationary nor weighs on labor markets.

Only last December, Fed officials saw no need to raise rates above the 2.5% neutral expectation. Fast forward six months and the Fed’s June “Dots” survey indicated that the overnight rate was likely to remain well above 2.50% through 2024. Chairman Powell confirmed that view Friday.

Left unstated – and to be determined – is whether the neutral rate of 2.50% should be revisited.

In a step that’s hard to reconcile with recent developments, March’s Dots survey actually saw the Fed’s median projection for the neutral rate slip to 2.375%, only to be revised back to 2.50% in June. Will it need to increase more? The answer lies in the Fed’s ability to tame inflation sooner rather than later.

The inflationary forces of deglobalisation are not going away and neither are the disruptions to global food and energy markets brought on by Russia’s invasion of Ukraine. Closer to home, as long as real wages remain negative, workers will likely demand higher pay. All of this indicates the possibility that not only could the Fed Funds rate remain above 2.50% for the near term, but also that the central bank’s bogey for neutral may again rise.

Should that be the case, markets will finally have to become resigned to an era of higher nominal rates and ultimately a higher real cost of capital as the Fed keeps its sights set on price stability.

As evidenced by the prices of riskier assets swooning in the wake of Chairman Powell’s speech, a scenario of the salad days’ extraordinarily accommodative policy emphatically being over will take some time to get used to.

Stay up to date with our latest fixed income insights by hitting the follow button below.
........
Livewire gives readers access to information and educational content provided by financial services professionals and companies (“Livewire Contributors”). Livewire does not operate under an Australian financial services licence and relies on the exemption available under section 911A(2)(eb) of the Corporations Act 2001 (Cth) in respect of any advice given. Any advice on this site is general in nature and does not take into consideration your objectives, financial situation or needs. Before making a decision please consider these and any relevant Product Disclosure Statement. Livewire has commercial relationships with some Livewire Contributors.
save

Daniel Siluk is a Managing Director and Portfolio Manager for Kapstream Capital, and as a member of Kapstream’s Investment Committee is jointly responsible for oversight of investment strategy and portfolio leadership. Additionally he is...