What do Google and LVMH have in common? 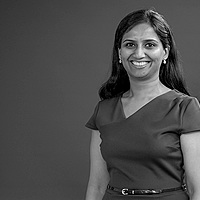 Within the investing team’s boiler room, in conversations with our distribution team, and on webinars with our investors, we find there is an oft-repeated phrase: trust the process. In fact, we even have a plaque with trust the process on it in the (physical) office. We’ve said this before and it is worth repeating, only because it is true: we are a bunch of process nerds here at Lakehouse Capital (the term ‘fanatics’ might be more appropriate), and we believe in investing for the long-term using our high-conviction approach, and in seeking asymmetric outcomes for our investors. That last bit about asymmetric outcomes brings our proprietary Investing Fascinations framework into play.

Our Fascinations are central to what we do: all of the companies we rigorously research and checklist, the ones we ultimately invest in, and the ones we monitor as potential investments for the future belong to one or a combination of our three Fascinations — Intellectual Property (or IP), Network Effects, and Loyalty.

Our Fascinations framework provides us with the process discipline to seek out companies which have superior economic characteristics to others, one of those characteristics being IP. In this piece, we delve into what makes for good (and bad) IP, and the companies in our investment universe which speak well to this Fascination.

Intellectual Property, as the term suggests, encompasses tangible and intangible assets owned by an individual, a firm, or an industry, usually protected by a legal right governing the use of such assets.

What’s so special about IP?

Outside of this textbook definition, IP could include anything of commercial value which has been uniquely developed – a brand name, a production process, or even an idea. IP is a big tent, and houses everything from a Louis Vuitton handbag to the superheroes in the Marvel Universe to Panadol. IP includes your YouTube search history too (or more specifically, what that data reveals about your tastes and preferences to a potential advertiser).

The aforementioned assets are all extremely valuable to the companies they belong to and their value stems from their uniqueness and longevity. Seasoned purchasers of handbags will identify the LV logo amongst a thousand fakes and are then almost immediately prepared to pay a premium. Similarly, how many of us have walked into a pharmacy and bought GSK-branded Panadol over the cheaper generic version of paracetamol? We see you nodding. That is the power of IP. Truly valuable IP enables its owner to lay claim to provenance, extract higher prices for the said product, service, or idea, and derive superior (or in some cases, supernormal) profits for long periods of time.

However, these examples are guilty of glossing over the warts-and-all facets of IP. Not all IP is desirable or even meaningful, and far fewer forms have pricing power, margin strength, and durable value. For every LV, there are thousands of your friendly neighbourhood discount department store brands, and for every Panadol, there is the supermarket private-label version. Worse still are the instances where IP is, quite literally, everywhere. Take wine producers, for instance. Connoisseurs of the beverage will know the difference between a Shiraz from the Barossa and a Margaret River Chardonnay.

A quick Google search says South Australia is home to 700 wineries with about 90 in Western Australia. Yet, how many of those roughly 800 producers can command higher prices for their wine compared to the others? An even smaller number can do so consistently. As investors looking to buy shares in a wine company, we would note the industry is replete with low pricing power, agricultural uncertainty, and a capital expenditure-intensive structure. Try saying Cheers to that.

Hidden somewhere above in the treatise on waxing lyrical about IP is a key trait which enhances its appeal to us as investors – enduring commercial value. In our quest to unearth potential investment opportunities for the Lakehouse Global Growth Fund, we’ve found several companies which speak well to this trait, and we shall discuss a couple of standout examples here.

Alphabet, which is the Fund’s oldest holding (we recall placing that inaugural trade on launch day, 1 December 2017), is a treasure trove of IP. The parent company of search giant Google, Alphabet owns several proprietary products and services including YouTube, Android, Google Maps, Chrome, Gmail, and Google Cloud. Alphabet’s robust IP stems from the sheer distinctiveness of its assets, the lack of like-for-like substitutes, and their dominance and scale.

We have yet to find a compulsive Microsoft Bing user (and we are unlikely to as Google Search has 90%+ of the global market share) or encounter someone unfamiliar with YouTube (again, doubtful, with 2 billion+ monthly active users). Further, Google Search and YouTube, along with Alphabet’s other assets, generate enough valuable data and insights to power a US$200+ billion advertising business which constitutes more than 80% of Alphabet’s revenue. These literal and figurative cookies of customer data are at the heart of the company’s IP, and we think this competitive advantage is likely to reinforce itself over time.

Another IP-centric holding we’re huge fans of is European luxury goods manufacturer, LVMH. The name is short for two of its largest businesses of Moët Hennessy in champagne and cognac, and Louis Vuitton in soft luxury, though the company owns nearly 70 brands across five business segments, spanning cashmere to premium skincare to high-end jewellery. LVMH’s cachet as an investment lies in the appeal of its many brands to its target consumer, which has resulted in market-leading positions in the categories in which it operates, and pricing power, all built over decades.

Louis Vuitton has proved to be the industry’s most resilient luxury brand, in existence since 1859, and this position has been hard-won — a result of cultivating the most sought-after designers, a high pace of innovation, superior brand communication (in the form of hard-to-replicate flagship stores), and a strong supply chain. Heritage is plentiful in the LVMH thesis: the company owns the top two champagne brands in the industry (Moët & Chandon, and Veuve Clicquot Ponsardin), dating back to the 1700s, while Hennessy cognac has occupied the #1 position in the industry since 1890. Little wonder then that LVMH founder Bernard Arnault has been dubbed “the Pope of Fashion”.

It would be remiss of us to ignore the counterview to each of our arguments made above. We dislike wine producers but also hold the view that cognac, which has a similar GI (geographical indication) status, is a better business to be in – the difference being LVMH’s world-leading position in a premium spirit dominated by three players, with the opposite being true for wine. In Alphabet’s case, the devil lies in its dominance, with watchful regulators keen to whip out the rulebook at every opportunity. We continue to monitor regulatory action against the company, which has not been back-breaking so far, and believe its efforts in digital safety and user privacy are headed in the right direction, even if imperfect.

It is challenging to cover the entire gamut of the Intellectual Property Fascination and its relevance to the Fund’s process here but suffice to say that we have evaluated various forms of IP in researching companies, including ones which have a legal right of name (like the pharmaceutical and medical technology industries) and the more demand-elastic forms such as fast-moving consumer goods.

In summary, IP is not a cure-all in investing. It is a vital competitive advantage though curation is key as not all IP is created equal.

We seek to invest in companies with high market shares and margins and in the ones which are likely to be least affected by regulation and other externalities, while avoiding those that exist in an oligopolistic industry structure with significant regulatory overhang – the latter would make for a less defensible thesis. We have often observed that the presence of strong IP in combination with another Fascination makes for a solid investment thesis — we have seen this play out in one of our other holdings, Adyen (which speaks to Loyalty), and even in Alphabet (which has a robust Network Effect to go with its IP). The defensibility of our Fascinations is one of the pillars underpinning our investment process, and if our experience has taught us anything, it is that process tends to prevail, during vibrantly bullish and capriciously bearish market cycles.

I am a Portfolio Manager and Director on the Board of Lakehouse Capital. In addition to leading on Lakehouse’s sustainability, ESG, engagement efforts and processes, I am strategy captain for Lakehouse’s Intellectual Property investing fascination, as well as the Deputy Portfolio Manager for the Lakehouse Global Growth Fund.  If you would like first access to my insights this year and how best to approach the network effect in your portfolio hit the follow button below.

Managed Fund
Lakehouse Small Companies Fund
Australian Shares
View
........
Pooja Shirangi is is a unit holder of the Lakehouse Global Growth Fund which owns shares in both Alphabet and LVMH'. Livewire gives readers access to information and educational content provided by financial services professionals and companies (”Livewire Contributors”). Livewire does not operate under an Australian financial services licence and relies on the exemption available under section 911A(2)(eb) of the Corporations Act 2001 (Cth) in respect of any advice given. Any advice on this site is general in nature and does not take into consideration your objectives, financial situation or needs. Before making a decision please consider these and any relevant Product Disclosure Statement. Livewire has commercial relationships with some Livewire Contributors.
save

Pooja Shirangi is a Portfolio Manager and Director on the Board of Lakehouse Capital. In addition to leading on Lakehouse’s sustainability, ESG, engagement efforts and processes, she is strategy captain for Lakehouse’s Intellectual Property...

Get investment ideas from Pooja Shirangi when you sign up to Livewire Markets.