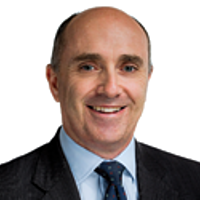 Spanish banks have until recently been an attractive way for investors to play regional economic recovery and rate normalisation. The real estate market in Spain is in recovery mode and prices remain significantly below pre-crisis peak levels (unlike many other countries, including Australia). Domestic Spanish banks generally remain highly leveraged to property prices via large exposures to non-performing loans and foreclosed real estate; they also enjoy some of the highest (positive) sensitivities to rising interest rates.

However recent news that Banco Popular, the sixth largest bank in Spain, has had to be rescued by the European Central Bank (ECB) and Banco Santander, is a timely reminder that the sector is not without risk.  This is the first “bail-in” of bank hybrid debt under the new European bank resolution regime and controversy over whether they were appropriately triggered has potential implications for the pricing of these instruments going forward.

Weekend news that the Italian government will commit as much as €17bn to rescue two small regional banks has only further muddied the water.

Meanwhile interest rate expectations have also softened over the last few months. Consequently it is worth pausing to reflect on what lessons can be learned and whether the recovery in Spanish banks’ earnings is now in question.

On June 7 European regulators announced that Popular was “failing or likely to fail” – consequently the ECB seized control and sold the bank to Santander for a nominal €1. In the first use of the new Bank Recovery and Resolution Directive (BRRD) the rescue broke the pattern of taxpayer funded bailouts and instead wiped out both shareholders and junior debtholders - approximately €2bn of Popular’s junior debt was used to “bail-in” senior debtholders and depositors. Simultaneously Santander announced a €7bn equity raise to address the associated capital shortfall. While the market was aware that Popular needed additional capital, the timing and speed of events was surprising.

In further developments over the last few days, the ECB has also agreed to allow Italy to commit as much as €17bn to rescue two regional banks, Banca Popolare di Vicenza SpA and Veneto Banca SpA. While ~€4bn of equity and ~€1.2bn of junior debt holders have been wiped out, unlike Popular the deal was not done within the BRRD as the Italian government has also had to inject an additional €5bn to protect depositors and allow good assets to be transferred to Banca Intesa; as well as provide €12bn of guarantees against further losses.

While there was evidence in both cases of a run on deposits, these events reflect historic challenges associated with poor underwriting pre-financial crisis and do not reflect a new deterioration in underlying economic fundamentals. So even though the market is still digesting these developments, it is not too surprising that to date there has been little sign of any systemic contagion. In fact, it could be argued that the system is stronger to the extent that both deals involve sector consolidation and the injection of fresh capital. It is true that Liberbank’s stock price has been under pressure in the immediate aftermath of Popular’s rescue, prompting regulators to impose an emergency ban on short selling, however this is a relatively small bank and it’s generally believed that it does not in itself pose a systemic risk. The rescue of two regional Italian banks is also unlikely to disturb the broader market; these banks are small and a rescue has been widely anticipated. There remain questions around other small Italian, Portuguese and even U.K. banks, so further bank rescues are possible.

A successful test case for new European rules to save failing banks?

As a first test of the Europe’s new bank resolution structures, the “bail-in” of Popular appears to have been a success and provides some ground for increased confidence in the stability of the European banking system. The ECB was able to act in a timely and decisive manner to preserve ~€60bn of deposits and prevent systemic risks; ~€7bn of additional equity will be injected into the sector, no public funds have been used (so far) and moral hazard was avoided by wiping out both equity and junior debtholders.

But there are several unanswered questions

Disgruntled bondholders are likely to contest whether the AT1’s were appropriately triggered in court (it appears that Popular’s CET1 ratio was still above all relevant triggers as of Q1 2017); and so there is a concern that investors will re-assess the risks associated with subordinated bank debt as a consequence of these events. So far there have been no new issues of AT1 debt to test market pricing; Citigroup estimate that there is at least another €50bn of AT1 debt to be issued by 2019 to meet new regulatory requirements and so this could have a significant impact on funding costs.

There is also debate about the new marks established by Santander on Popular’s non-performing assets (NPA’s) - the new pro-forma provision coverage ratio is significantly higher than most other domestic banks. Peers have argued that Santander’s high provision coverage ratios reflect the urgency of the deal and lack of due diligence, as well as Santander’s plans to accelerate the sale of the acquired foreclosed real estate portfolio and the relative quality of their exposures. Finally as recent events in Italy show, a full “bail-in” of equity and junior bondholders will not always be sufficient to protect taxpayers from rescuing weaker banks across Europe.

Spain had a difficult financial crisis - property prices fell by over 30% and only finally bottomed in 2014 after a €100bn bailout package from the European Stability Mechanism (ESM) and Draghi’s famous promise to “do whatever it takes” to save the Euro. Simultaneously Spain introduced sweeping labour reforms. Subsequently the economy and property markets have both recovered and there is no reason to expect recent events to change this.

…although earnings recovery may be delayed

Nevertheless recent events may delay the earnings recovery in Spanish banks, with perhaps even some modest downside risks to earnings in the short term. Santander’s intention to accelerate the sale of Popular’s large foreclosed real estate portfolio will likely have an impact on prices - >€15bn over 18 months is significant. As discussed above, there are also new questions around the adequacy of existing marks on NPA’s in the sector.

And the outlook for ECB policy normalisation has also moderated recently However more than anything else, rate hikes are the most significant catalyst for the sector and unfortunately the news here has also been (marginally) less supportive recently. While the ECB is on track to begin tapering next year and eventually start normalizing rates, recently falling commodity prices, softer inflation data and a still very dovish ECB has seen market rate expectations moderate slightly - in fact 12m Euribor has actually continued to fall this year. High exposures to mortgages, which reset annually based on 12m Euribor, as well as high loan to (interest earning) deposit ratios, make Spanish banks amongst the most sensitive in Europe to rising rates. However unfortunately this works both ways and the recent weakness in Euribor may in fact put (modest) downward pressure on earnings in the near term (mitigated by interest rate floors on many products).

Spanish Banks represent potentially compelling long term investment opportunities but some near term caution is warranted. Continued Spanish economic and real estate recovery, and the prospect of European interest rate increases over the next 12-24 months, together mean that there is likely to be significant upside to earnings estimates over time. That said the recent rescue of Banco Popular, with associated questions about the adequacy of sector provisions and the overhang of foreclosed real estate, as well a softening of the outlook for policy normalisation, represent short term headwinds to sector earnings estimates and performance. Any negative re-assessment of the risks of investing in contingent convertible bank debt would be an additional negative should this occur.

Jeff is a Global Portfolio Manager of Alphinity Investment Management. His focus is on the Banks, Insurance, Property and Consumer Staple sectors, as well as portfolio management oversight. Jeff worked as a global fund manager at K2 Asset...

Get investment ideas from Jeff Thomson when you sign up to Livewire Markets.