What the Royal Commission reminds us about investing 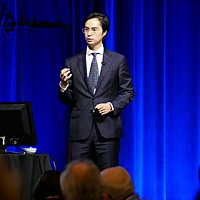 I’m about to be somewhat facetious. Imagine two children each setting up their own lemonade stand. One is meticulous, works hard at bringing in customers and making the best darn lemonade he can. He soon has a slew of happy little customers. Sure, he starts to struggle when the crowds get a little crazy. So for his grouchy customers, he lets them have a glass or two on the house.

The other, a business-savvy fellow, convinces his two boy scout friends to man the stand for him for one day. He promises to pay them for their time plus for every lemonade they sell after the first hundred, they will also take a slice of those earnings. The boy scouts manage to gain happy lemonade-drinkers and soon they have more customers than they can handle. Many start to get really grumpy that their drinks taste too sweet or worse, have flies swimming around in the glass; but the 100th glass is near so the boys figure what’s one or two unhappy customers?  They sell 300 glasses and the next day the lemonade stand is a distant memory. The business-savvy kid comes back to his stand having paid his two friends, only to find he has no customers the next day. The boy scouts, Ken and Andrew, are nowhere in sight.

Governance best practice, as touted in Australian textbooks, encourages independence and frowns upon the model of CEO acting also as Chair (and potentially also equity owner and founder). These textbook rules have been adhered to yet done nothing to help shareholders of NAB. The apathy shown by Ken Henry and Andrew Thorburn in the Royal Commission is a trite comparison to how Mark Zuckerberg fronted up to the senate hearing on Capitol Hill. The two contrasting examples demonstrate the difference between a founder/CEO/major shareholder under true adversity, versus a salaried CEO and Chair. Berkshire Hathaway also draws its strength and brand from its single founder/major shareholder/CEO/CIO/Chair.

I do not intend to undertake a deep analysis of NAB’s stock price and public relations nightmare. But what I will say is this: the issues faced by the NABs, AMPs and IOOFs of the world are not a matter of governance frameworks but rather one of ethics. The little hardworking boy offering free lemonade to grouchy drinkers would never risk the safety of those customers by letting his quality control slip. No chance would he cut corners to hit a short-term target for some quick coin. Because frankly he doesn’t want an empty lemonade stand on day two; he wants a lemonade manufacturing plant so popular that it stocks the whole country. His name and legacy are on the line.

What does this mean for an investor? Look to companies that display two things: grounding in ethical practices and an evidently strong customer focus. These principles are commonly found in founder-led organisations. Let me tell you very simply why.

First, founders rarely compromise on ethics because they believe in doing the right thing by their customers and that is fundamental to the reputation of the company’s brand. There is no delineation between the reputation of the company and that of the founder, they are one and the same. It is near impossible to have this same level of alignment between an organisation and an externally hired CEO or independent board of directors.

Second, it’s human nature to look after one’s own hip pocket first. Stock options and other incentives paid to salaried-CEOs try to replicate the feeling of genuine ownership, but they’re never 100% perfect. The best way to guarantee you’re aligned with management is if they are the majority shareholder. Only then will you know you are truly aligned. As Warren Buffett says “We eat our own cooking”.

Third, the products offered by founder-led companies typically come from a need they identified for themselves that was not being fulfilled by an existing product or service. This means the founder has a true connection with the needs and desires of their customers because they themselves started as the customer. There is no better example of true customer-centricity and consumer-led product/service design than that. Cue Nike’s Phil Knight and his quirky obsession with running shoes.  These founders will drive true empathy in the organisation for its customers, and will never ignore the flies in the lemonade.

Pundits will jump to examples of bad founders - of course they exist. But the overwhelming academic research has shown that founder-led companies have offered better investors much better returns over a long time frame than those that are not. As an investor, all else equal, I know where I’m putting my money.

Lawrence Lam is Managing Director & Founder of Lumenary Investment Management, a firm that specialises in founder-led companies globally. We search for unique, overlooked companies in markets and industries with a long runway for growth. We are a...

G
GRANT S
14th Feb, 19
Spoken like ... a founder. Ah, so let me get this right, the solution is not governance but rather hope that founders will be ethical and do the right thing (because it’s not possible for a founder to make money doing the wrong thing is it!?). No need for a functioning regulator perhaps? To think of all that money we have been wasting on the Police force when we could have just been hoping that people would just not speed. Seriously, Mark Zuckerberg is held out as a shining example of a good actor!? This is farcical in light of the continued ethical failures at Facebook over many years and the fact that he stole the company from the Winklevoss twins in the first place. Yeah, call me old fashioned but a good old fashioned whack with the law is what these bad actors need, to make up for not getting the right parenting as a child. To think how much better we would have been if even a few “speeding tickets” were issued to the NAB et al.

Lawrence Lam
14th Feb, 19
Thanks for engaging Grant. Yes, we absolutely live and breathe the founder-led ethos given Lumenary backs exactly these kinds of organisations and is also founder-led in itself by yours truly. We do believe that founder-led organisations tend to place a stronger focus on fundamental matters of good business such as an ethical and customer-focussed culture, which Hayne mentions in his interim and final reports as being at the heart of many issues, rather than a lack of regulation. We aren’t in any way suggesting anti-regulation, nor have we indicated that penalties shouldn’t be imposed for bad behaviour. Best practice governance frameworks such as the ASX’s Corporate Governance Principles and Recommendations for example, have done nothing to address these cultural issues.
T
Tony Smith
16th Feb, 19
all business people should have to attend education courses in ethical and customer-focussed culture. In the financial sector profit,commissions and bonuses have gazumped good old ethics. We do need regulators to give them a good whack occassionally.

The earnings downgrades keep coming (except for one company)

Is it time to deploy cash into emerging markets?

Get investment ideas from Lawrence Lam when you sign up to Livewire Markets.