When it comes to credit markets, the fine print matters 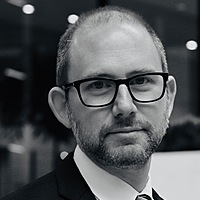 While understanding the fine print attached to any investment you buy is important, it matters in some asset classes more than others.

When buying ASX listed shares, it’s generally unnecessary to understand the documentation that creates and governs the rights to that shareholding. This is also true for the investor who performs a forensic examination of documentation for assets within fixed income, government bonds and the very vanilla segments of the credit market. However, once a fixed income credit investor steps out of the commoditised part of the market, understanding documentation and security is vital to portfolio success.

A successful credit investor understands the need for diligence and attention to detail in order to confidently ascertain how the investment will be repaid and when. Depending on the complexity of a situation, there may be several paths that can potentially be used to exit a position, but understanding the documentation governing a credit investment is key to being able to execute these different options.

While an intimate understanding of documentation can help an investor avoid mistakes, it also has the potential to uncover opportunities that the market may have mispriced. A recent example of this in the domestic corporate bond market is the performance of the secured bond issued by Woolworths Holdings Limited Australia, the ultimate owner of David Jones (“DJS”) and Country Road Group (“CRG”).

The secular outlook for retail stores is challenged. The continued switch from consumers to online shopping is putting more pressure on department stores each year to maintain sales and justify their large store format. David Jones is not immune to this pressure and after paying $2.1bn to purchase DJ’s in 2014, Woolworths has already written off over half its investment.

The Woolworths Australia AUD bond was sold off ~10% post March’s COVID related volatility as the market view on the future of department store retail became more pessimistic. However, for investors that properly understood the security hard wired into the documentation they represented great value.

A modern retailer typically owns none of its store property, with capital efficiency dictating that renting space will support a higher return on equity. This is largely true for DJS & the CRG as well, with the notable exception of their major CBD stores in Melbourne and Sydney which are both (until recently) owned by the company. Both of these stores are in prime locations, particularly Sydney, with the potential for alternate use as retail and/or residential.

Among other protections for the Woolworth bond holders, the documentation governing the bond inferred a secured claim over these properties and any proceeds should they be sold. This clause in the documentation meant that instead of the bonds representing a claim over a business with structural challenges and no hard assets outside of working capital, they became more akin to lending against prime retail property with a contained loan-to-value ratio.

The DJS bond is a prime example of the inherent inefficiency of credit markets. It is an asset class with technical elements to it that aren’t fully understood by all participants. Regular mispricing opportunities can and do occur, providing an opportunity for the well-resourced and experienced investor to exploit.

........
This publication has been prepared by Alexander Funds to provide you with general information only. It is not intended to take the place of independent professional advice and you should consider the appropriateness of this general information in light of your own financial situation, objectives and needs before making a decision on how to proceed. Alexander Funds; their directors; authorised representatives; employees; or agents; do not make any representation or warranty as to the reliability, currency, accuracy, or completeness of this document and to the fullest extent permitted by law, disclaim all liability and responsibility arising in any way (including negligence) for errors in, or omissions from, this document or advice. © Copyright Alexander Funds Management Pty Ltd 2021 | AFSL: 476 697 | ABN: 77 136 871 924 | www.alexanderfunds.com.au
save

Get investment ideas from Adam Scully when you sign up to Livewire Markets.