Where are Australian interest rates heading and what does this mean for stock selection? 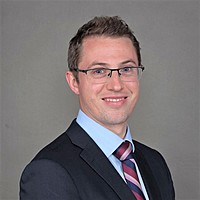 After many years of near zero interest rates, 2022 has been characterised by a reversal of this with Central Banks around the world raising interest rates in order to combat inflation, which has reached levels not seen for many decades.

As can be seen from the graph below, over much of the past 20 years the Australian cash rate has been above its US counterpart. However, over the course of 2022 including last week’s changes in interest rates, the US overnight rate has now been raised from near zero to the 3.75% - 4% level, while the RBA has raised Australia’s overnight interest rate from near zero to 2.85%.

This paper seeks to understand why the US cash rate is higher than the Australian equivalent following the interest rate rises that we have seen so far in 2022.

We see three main reasons for the Fed having raised rates quicker than the RBA in 2022:

1. US inflation is currently higher than Australia’s

There are many reasons for the current high inflation rates around the world. One of the main factors has been that many parts of the world have recovered very strongly from Covid, and this has led to a surge in demand for labour in sectors such as leisure and hospitality as they reopened. In addition, supply disruptions caused by the Russia—Ukraine conflict, as well as China’s extended Covid-zero lockdowns, have led to various supply shortages and price hikes in many goods and commodities.

As we speak the latest data shows US inflation running at 8.2% while in Australia, the current annual inflation is currently at 7.2%, having risen fairly sharply from 5.1% earlier this year.

This difference in the current levels of inflation is probably one of the reasons why the RBA’s rate rises have so far lagged those of the Fed over the last 6 months, although having said this the RBA is predicting that Australia’s inflation will reach around 8% later this year.

Adding to inflationary pressure in Australia are the recent removal of the fuel subsidy, as well as upward pressure on rents as immigration into Australia picks up again post Covid. In addition, given that Australia imports the vast majority of its finished products (from refined oil to cars to furniture) the recent weakness in the Australian dollar will also add to price pressures locally over the next 6 months as importers and retailers raise their prices to maintain margins.

This situation could well lead to the RBA having to raise Australian interest rates higher than current expectations going into 2023 if inflation in Australia remains stubbornly high.

2. Australia has a much lower percentage of fixed rate mortgages than the US

In the US around 95% of existing residential mortgages are on 30-year fixed-rates, one of the highest percentages in the world. In other words, when the Fed raises its interest rates, repayments for the vast majority of existing mortgage holders in the US don’t change at all.

In Australia it’s a very different situation with over 60% of Australian residential mortgages at variable rates – this means that whenever the RBA raises its overnight interest rates this increase is passed on directly to mortgage holders almost immediately, though there is usually a lag of 2-3 months until monthly repayments go up.

Below is a chart from a recent presentation from the CBA, Australia’s biggest home lender. The chart shows that over $100 billion of loans at the CBA will switch from fixed rates of around 2% to variable rates in the next 15 months, which will mean a significant jump in mortgage repayments for these borrowers given the increases in the RBA’s overnight rate. Australia’s other banks’ mortgage books show similar trends.

This jump in mortgage repayments will have a direct detrimental impact on the Australian economy by lowering the amount of discretionary income that many households will have to spend on other goods such as shoes, clothes, household electronics and furniture in the months ahead.

Having said this it will also slow demand, which may help ease inflationary pressures – which is what the RBA is hoping for.

3.Australian households carry much more debt than the US

Much has been said about the high level of Australian household debt and how it has been largely driven by the steep rise in house prices.

This is borne out in a recent OECD survey which showed that Australian household debt sits at 202% of net disposable income, one of the highest in the developed world.

By contrast US household debt sits at 101% of disposable income – which is exactly half that of Australia’s. This means that any increase in consumer interest rates through an increase in mortgage or credit card rates hits Australian households twice as hard as those in the US.

Another measure which shows how interest rates and the level of debt impacts households’ disposable income is the debt servicing ratio (DSR). This is the percentage of a household’s income needed to service its mortgage payments (principal & interest). Given Australia’s high debt levels and high exposure to variable mortgages rates, it should be no surprise that Australia’s DSR is predicted to increase rapidly in the months ahead.

A recent note from Jarden’s economics team, estimates how the DSRs of OECD countries are expected to change between now and the end of 2022.

As can be seen from the above table, Australia’s DSR is predicted to increase sharply - from 13.3% to 18.4% - by the end of 2022. It is interesting to see that during the same period the US’s DSR will only increase from 7.4% to 7.6% as most mortgage debt is fixed for 30 years and due to the lower levels of household debt in the US.

If these predictions are accurate, by the end of 2022 Australia will have the 2nd highest DSR in the world. This would be Australia’s highest DSR in decades, surpassing its recent record level of 18.1% in June 2008.

The RBA’s ultra-low interest rate policy of recent years has spurred a big jump in house prices which in turn has led to a huge rise in Australian household debt. This has left our economy very exposed to the current increases in interest rates as inflation has resurfaced as a major issue.

Interest rates rise by the RBA will mean more of each household’s budget will be required to pay for debt servicing, which means that households will have less to spend on items such as hospitality, travel, entertainment and discretionary retail items. While consumer spending is holding up relatively well right now, it is inevitable that it will slow in the next 6 months as the impact of recent interest rate rises and inflation on essential goods starts to bite.

As yet there are no clear signs that inflation in Australia is heading back towards the RBA’s target rate of 2-3%. It remains to be seen to what level the RBA will have to raise its rates to bring inflation down to its target levels.

Given the many unknowns, we remain cautious in our stock selection, continuing to invest in companies where we have greater confidence in the ability of management to navigate the current uncertain times.

While no company is without challenges in the current environment, we continue to favour companies that are industry leaders and that sell essential products and services and which have pricing power that enables them to pass on increased costs - like Telstra, Aurizon, CSL and The Lottery Company.

We remain very wary of companies that are more exposed to consumer spending - like JB Hi Fi – or those where their activities are particularly sensitive to rising interest rates, like building materials companies including James Hardie and Boral.

If you enjoyed this article please read our previous article on the impact of rising rates on company earnings and share prices.

Article written by Anton Tagliaferro and me

A specialist in Australian Equities for over 20 years

Investors Mutual Limited offers a range of Australian equity funds that implement a disciplined bottom-up research process, with the aim of identifying quality and value stocks with a focus on the longer term. To learn more, visit their website.

........
While the information contained in this article has been prepared with all reasonable care, Investors Mutual Limited (AFSL 229988) accepts no responsibility or liability for any errors, omissions or misstatements however caused. This information is not personal advice. This advice is general in nature and has been prepared without taking account of your objectives, financial situation or needs. The fact that shares in a particular company may have been mentioned should not be interpreted as a recommendation to buy, sell or hold that stock.
save