Why founder-led businesses beat the market 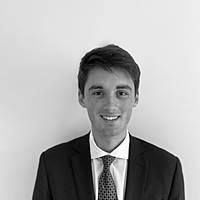 “One question I always ask myself in appraising a business is how I would like, assuming I had ample capital and skilled personnel, to compete with it. I’d rather wrestle grizzlies than compete with Mrs. B and her progeny. They buy brilliantly, they operate at expense ratios competitors don’t even dream about, and they then pass on to their customers much of the savings.” Warren Buffett on Rose Blumkin, Founder of Nebraska Furniture Mart.

An important issue all investors wrestle with is how closely aligned the management team of a company is with ordinary shareholders. While there are countless ways to measure this, both quantitatively (share ownership and remuneration measures/structures) and qualitatively (past successes/failures), it is ultimately an impossible task to measure with precision. One commonality across businesses is that those that are led by their Founders are more likely to outperform those that are not, in a manner that incorporates a long list of intangible factors.

Why is this the case?

We believe that Founders generally treat ordinary shareholders in the same manner that they do their own shareholdings (which are often considerably large – only increasing this positive tendency). As such, Founders are often strongly opposed to diluting their fellow owners with capital raises below the intrinsic value of existing shares. With ‘skin in the game’ monetarily, reputationally and personally with respect to their legacies, over time they tend to outperform.

As will be discussed, Founders often prefer honest (or plain-speaking) accounting methods, careful consideration towards capital management, are prudent with business expansion and have a long-term time horizon guiding their decisions.

We undertook an analysis comparing the long-term performance of a wide group of Founder-led ASX companies versus the wider index. The criteria for inclusion in our Founder-led index is that the company must:

As you may notice in the above chart, this Founders Index underperformed the wider market through 2014 and into 2015, yet to date (since 2012) the Founder Index has exceeded the market in an extremely dominant fashion. In other words, time is the friend of Founder-led businesses, allowing them to innovate and outperform the market if given the opportunity.

Reaffirming our findings, the Harvard Business Review published a 2016 study conducted by Bain & Company which analysed 200 Founder-led S&P 500 companies. This study identified that there are three central reasons for the outperformance of companies that are led by their Founders:

Bain charted the returns of these S&P 500 companies versus the index from 1990 to 2014, with the marked outperformance of those that were Founder-led mirroring the results of our own analysis, despite the difference in the respective markets.

We believe Founders often harbour a deep attachment to the fortunes of the company that goes beyond short-term outcomes, and often extends into the legacies they leave behind being of paramount importance to them. This produces a dedication, creativity and passion for the long-term outcomes of the company, which bears fruit the longer the timescale one is judging them by. These factors, which form a large part of ‘company culture’, are once-more un-quantifiable, but do, as our index comparison reveals, produce outsized positive returns.

“It’s never just business. It never will be. If it ever does become just business, that will mean that business is very bad.” Phil Knight, Founder, Nike Inc.

Examples of the success of this trade-off include:

Objective Corporation (ASX: OCL) is led by Tony Walls, who founded the business 30 years ago and who still retains 66% of the shares on issue. OCL have invested approximately $200 million in its software to date, which continually evolves and expands its product offering. Making this figure even more impressive is that this level of investment has been sustainably high as a percentage of revenue, averaging above its target of 20% since 2014 and hitting 24.1% in FY21.

Importantly, from an accounting perspective, OCL expenses all of its research and development (R&D) costs, meaning nothing is capitalised due to it providing a benefit over future years. If a business wants improve its short term profitability, it would spend less on R&D and would potentially will capitalise its R&D on the balance sheet, thus inflating its P&L figures. OCL, led by its Founder, have chosen to take a conservative approach, ensuring the true cash flow received by investors is better than the headline figures (rather than the other way around!).

Equally, this substantial investment itself acts to constantly evolve and reinforce the company’s economic moat, protecting itself from market entrants and competition. With the strength of its products fortified year after year, internally, share buy-backs have reduced SOI by 43% since IPO. The guidance of its heavily aligned Founder Tony Walls and the company culture developed, continues to bolster the position of Objective Corporation into the future.

2. Amazon Corporation (*Excluded from NAOS Index Due to US Listing)

Amazon, lead for the past 27 years by its Founder Jeff Bezos (now Executive Chair), reveals how the long-term oriented mindset of Founders work, even in the case of rapidly growing multinational e-commerce giants. Amazon have consistently returned a substantial amount of its margin back to the customer. How? Through price cuts that go far beyond the level that simply bids lower than their competitors.

This is a concept that could be misunderstood on a short-term view (i.e. why are you giving away slices of achieved earnings?). However, over time this has driven exceptionally high customer retention rates and boosted lifetime sales. The total shareholder returns of this strategy speak for themselves despite seeming potentially illogical on a quarterly or annual basis. This strategy, born from Founder-led long-term aligned management, has been emulated by countless e-commerce businesses and has changed how entire industries do business.

This sacrificing of the short-term in favour of long-term success is reflected in the following quote:

“You can do the math 15 different ways, and every time the math tells you that you shouldn’t lower prices because you’re going to make less money. That’s undoubtedly true in the current quarter, in the current year. But it’s probably not true over a 10-year period, when the benefit is going to increase the frequency with which your customers shop with you, the fraction of their purchases they do with you as opposed to other places. Their overall satisfaction is going to go up.” Jeff Bezos, Amazon.

In terms of a purely Australian lens, some of the recent Founder-led success stories include (1):

It is important to note that while we have retrospectively listed some of the ‘winners’ to now above, it is often the case that these Founder-led businesses can languish for extended periods (from a shareholder return perspective), whilst they are building underlying value.

Andrew Forrest’s Fortescue Metals Group (ASX: FMG) is a good example of this, whereby its market price barely fluctuated from 2009 to 2018, with low single digit annualised returns. Notwithstanding the impact of the iron ore price on FMG, in 2021 FMG announced a $2.11 dividend, which is equivalent to almost 50% of the company’s entire market capitalisation from only 3 years ago. Making this resurgence even more striking, this payout is off a share price appreciation that still sits at 244%.

Our concentrated investing style at NAOS aligns directly with companies whose mindset is directed towards the long-term. Without question Founder-led businesses are above average in this respect, focusing on building genuine value rather than the appearance of short-term success (created by a myriad of accounting tricks and management hype). NAOS seeks to invest with a patient capital approach, with some companies held in our portfolios for five or more years. We believe this investment horizon is more closely aligned with many Founders, whose focus is on what their company may look like in 5/10/20 years’ time rather than any short-term metric.

Joined Naos as an Associate Analyst in July 2020. He has a Bachelor of Commerce degree from the University of Sydney.

Get investment ideas from Nelson de Mestre when you sign up to Livewire Markets.