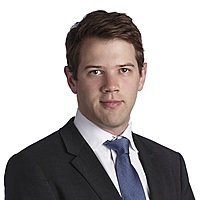 As Australia resets to a more ambitious 2030 emissions target under a new Labor government, it’s time we address the largest opportunity on our pathway to net zero emissions: “making dirty cleaner”.

For too long, sustainability investment has centred on future facing industries, like renewables, and blatantly ignored the dirtiest industries. The focus has been on the cure to emissions, with no consideration to prevention. Divestment has been the weapon of choice.

The Ukraine-Russia war has been a wake-up call. Fossil fuels, despite Western efforts to curb supply, are necessary for energy security when global trade is dividing into geopolitical blocks. What’s more, they continue to dominate the world’s growing demand for energy (Chart 1). To break their nexus with economic growth – and simultaneously transition without widening wealth inequality – we need to solve the demand side for both industry and the consumer. And that requires investor support and engagement.

Within Goldman Sachs’ latest forecast for a 37% fall in US emissions by 2030 (below the Biden Administration’s target 50-52% reduction), energy efficiency is the first of three themes driving emissions lower over the short term. Outside Utilities, GS forecasts the biggest reductions to come from Oil & Gas Producers, Diversified Metals & Mining and Aluminium – sectors where ownership by ESG focused investors is limited.

Domestically it’s a similar story. Like the US, Australia’s electricity sector only accounts for around 30% of total emissions. Labor’s new target for a 43% reduction on emissions to 2030 (based on 2005 levels) will require substantive efforts from Industry and Transport since, as we discussed last year, the Electricity sector is already stretched to its limit with a forecast 49% reduction by 2030 from today’s levels.

When you dig into the numbers, Labor’s target equates to -30% on 2020 emissions levels, from 512MT today to 356Mt in 2030. This compares to the Coalition’s projection for 439MT by 2030 (-14%) (Table 1). If we assume no further emissions reductions in the electricity sector under Labor, then it needs a -22% reduction in emissions from the other sources, versus the Coalition’s former forecast for +1%.

The new Federal government has also committed to strengthening the existing Safeguard Mechanism (SGM) to support its national target. Currently, Australia’s largest emitting facilities (>100,000 tonnes per annum) have to purchase credits (ACCUs) when their emissions rise above generously set baselines. We support Labor’s proposal to reduce these baselines over time which, if enacted, will drive greater energy efficiency and lowest-cost abatement solutions.

Investors must also play an important role. We believe strongly in company engagement over exclusion; the former can lead to outperformance, while the latter shifts ownership to parts of the market with less oversight and deprives companies of capital when they need it most. That’s why we are shareholders in high emitters such as Alumina (ASX:AWC), a company with a harder pathway to net zero but has the capability to benefit from the transition. AWC is already among the lowest emitters among major alumina producers, is pursuing early-stage technologies and is a clear beneficiary of green capex given the expected growth in demand for aluminium (39% demand growth to 2030 ). We are also overweight Worley (WOR), which is well positioned to capture higher structural demand from energy transition work over and above its traditional work for the oil & gas industry.

Once we solve the demand side, we expect supply from the oil & gas industry will take care of itself as customers evaporate. Until then Australian gas producers enjoy a privileged position. They are low sovereign risk for European countries weaning themselves off Russian gas, and will contribute significantly to lowering emissions in Asia as coal-to-gas switching takes place. Early this year we established a position in Woodside Petroleum (WPL), a company which predominantly produces gas and has a new strategy to invest $US5bn in new energy opportunities by 2030. Our focus remains on working with management to strengthen its 2030 interim target and lower its reliance on offsets.

As ever, we continue to test the resolve of Australian companies to reduce their exposure to climate change risks and whether they are pursuing the right opportunities in the transition. Importantly, we have no intention of sidelining companies that provide critical products, especially when cleaning up their operations will cause the largest reductions in global emissions to a low carbon future.

........
Yarra Funds Management Limited ABN 63 005 885 567 AFSL 230251 (YFML) is the issuer and responsible entity of the range of registered managed investment schemes described on this document (‘Funds’). Yarra Funds Management Limited is the investment manager of the fund. The information provided contains general financial product advice only. Yarra Funds Management Limited is not licensed to provide personal financial product advice to retail clients. The advice has been prepared without taking into account your personal objectives, financial situation or particular needs. Therefore, before acting on any advice, you should consider the appropriateness of the advice in light of your own or your client’s objectives, financial situation or needs. Prior to investing in (or continue to invest in) any of the Funds, you should obtain and consider the product disclosure statement (‘PDS’) and the target market determination (TMD) for the relevant Fund by contacting our Investor Services team on 1800 034 494 or from our website at www.yarracm.com/pdsupdates/ . Applications will only be accepted if made on a current application form. The information set out has been prepared in good faith and while Yarra Funds Management Limited and its related bodies corporate (together, the “Yarra Capital Management Group”) reasonably believe the information and opinions to be current, accurate, or reasonably held at the time of publication, to the maximum extent permitted by law, the Yarra Capital Management Group: (a) makes no warranty as to the content’s accuracy or reliability; and (b) accepts no liability for any direct or indirect loss or damage arising from any errors, omissions, or information that is not up to date. To the extent that this document discusses general market activity, industry or sector trends, or other broad based economic or political conditions, it should be construed as general advice only. To the extent it includes references to specific securities, those references do not constitute a recommendation to buy, sell or hold such security. Yarra Funds Management Limited (ABN 63 005 885 567, AFSL 230 251) believes that the information contained in this document is correct and that any estimates, opinions, conclusions or recommendations contained in this document are reasonably held or made as at the time of publication. Past performance is not a reliable indicator of future performance. Email messages may contain computer viruses or other defects, may not be accurately replicated on other systems, or may be intercepted, deleted or interfered with without the knowledge of the sender or the intended recipient. To the maximum extent permitted by law, Yarra Capital Management Holdings Pty Ltd, Yarra Funds Management Limited, Yarra Capital Management Services Pty Ltd, their related bodies corporate and each of their respective directors, officers and agents (together, the “Yarra Capital Management Group”) make no warranties, and expressly disclaim any liability, in relation to the contents of this message. The Yarra Capital Management Group reserves the right to intercept and monitor the content of e-mail messages to and from its systems. This message may contain information that is confidential or privileged, and may be subject to copyright. It is intended solely for the use of the intended recipient (s). If you are not the intended recipient of this communication, please delete and destroy all copies in your possession, notify the sender that you have received this communication in error, and note that any review or dissemination of, or the taking of any action in reliance on, this communication is expressly prohibited. © 2022 Yarra Capital Management.
save

David is a client portfolio management analyst and is responsible for the Australian Equities team’s client communications. He also plays a pivotal role in the Firm's approach to ESG matters. David was previously an analyst on the Fundamental...

Get investment ideas from David Gilmour when you sign up to Livewire Markets.