Why rates are staying low 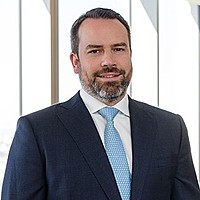 In some countries, including the UK, Canada, and New Zealand, central banks are now buying more bonds than the government is issuing. So we're actually seeing a reduction in net supply in bonds, despite the fiscal response, setting the tone for an extended period of very low and anchored interest rates.

Against this backdrop, I recently spoke with my colleague Hugh Holden in the PIMCO Australia June trading floor discussion to share my thoughts on interest rates and bond yields, government debt levels, central bank activity, spreads and liquidity levels, and finally some of the areas that we're currently seeing opportunity. You can access the discussion in full in the video below or read the transcript under that.

Q: Adam, how do we see the future path of interest rates and bond yields here and overseas? What impact could increased government debt levels have, and what involvement are we seeing from central banks?

Well, I think the punchline is we're expecting an extended period of very low and anchored interest rates, but obviously given the huge degree of uncertainty with regards to the nature of the shock and the nature and scope of the policy responses around the world, then we have to have a fair degree of humility whenever we talk about our forecasts for the next 18 months. The shape of the recovery from here is probably more important than the exact numbers. Our baseline expects a U-shaped recovery from here, so some stabilisation around now, and as we progress into the second half of the year, followed by a gradual recovery. And that's going to look a little different between countries, given the nature of the shock has been different and the policy responses have also been different, but generally speaking, a very sharp decline in activity, we've seen aggressive policy responses, both on the fiscal side and the monetary, and then conditions stabilise as we progress through the second half, and followed by a gradual recovery. So as you mentioned, this will result in a significant increase in government debt levels, but we're still expecting a low and anchored interest rate environment and part of that, and a large part of that's due to the significant bond purchases by central bank.

So we have got the fiscal response, but don't forget the monetary response, which is a significant amount of bond purchases. And in fact, when you look at some countries like the UK, Canada, and New Zealand, for example, the central banks are actually buying more bonds than the government is issuing. So we're actually seeing a reduction in net supply bonds, despite the fiscal response. So pretty muted activity as we progress through the second half of the year, slow recovery in a very low and anchored interest rate environment.

Q: We saw non-government debt like corporate and other bonds, or what we refer to as spread sectors, sell off quite heavily in March as liquidity dried up in global bond markets. Since then, spreads have tightened or valuations have recovered somewhat and central banks have stepped in to try to improve liquidity conditions. So how are we seeing liquidity in these spread sectors now, and have investors missed that opportunity? So we have seen a stabilisation in financial markets and liquidity conditions have improved a lot from a couple of months ago, and we've seen some recovery in credit spreads. So we continue to look for attractive opportunities to incrementally add credit in portfolios, but still from a safety first perspective, ensuring we aren't sacrificing liquidity too cheaply, even though conditions have improved a little, and protecting portfolios from downside scenarios. As I mentioned before, there's a huge degree of uncertainty with the outlook and risk such as a second wave of infections could have material impacts on downgrades and defaults. So I certainly wouldn't say investors have missed the boat or missed the credit opportunity.

And I think that's best illustrated if you have a look at the second and third slides of the pack, certainly seen a recovery from the wides in credit spreads, but we're still comfortably above long-term averages. And you can see that across investment grade, high yield and emerging market bonds. So I think our CIO of global credit, Mark Kiesel, characterised it as a 9 out of 10 opportunity in global credit markets a couple of months back, and maybe that's a 7 out of 10 now, but certainly plenty of attractive opportunities to add credit and increase the income generating potential of portfolios. Q: While we know that interest rates are low and may well be for some time to come, that doesn't necessarily mean low returns across all bonds. Can you tell us about some of the areas that you're seeing opportunity, and why we find them attractive?

Whenever I think about the opportunity set in global bond markets, I always think it's healthy to just step back for a minute and remind ourselves, and remember the dual role that bonds play in our broader portfolios. Firstly, to generate income and secondly, to provide the diversification benefits to the risky parts of your portfolios. So on the income generation side, we're certainly seeing plenty of opportunities with the dislocation in credit markets over the last couple of months. And one of those is just in the new issue concession we're getting in the primary bond market, and that's highlighted on the fourth slide of the pack. Corporates have been looking to shore up their balance sheets and term out their debt. They've been paying up meaningfully in terms of spreads to get those bonds issued in the primary market. So you can see on the chart on the left, on average, we're seeing 20 to 30 basis points of extra spread by buying and redeploying some of our capital into the primary market when new corporate bond deals come to the market. And in some instances that had been up to a hundred basis points. So new issue concessions have been a very attractive part of the recent financial market volatility to redeploy capital into and to generate income in portfolios. Second area that we like is global financials. And that's on the eighth slide of the deck, global financials have underperformed generic corporates over recent months. You can see that on the chart on the right there, but unlike generic corporates, financials over the past decade have actually come a lot stronger in terms of their balance sheet fundamentals. So while the generic corporate market, generally in generic companies, have generally levered up over the last 10 years, that's been the opposite for the global financials. So because of the reregulation following the global financial crisis, banks have been forced to delever and strengthen their balance sheets, and they've done that quite significantly. So it's an area of the global bond market where we really like the fundamentals and the recent underperformance of financials is giving us that opportunity to redeploy some of our capitals into that sector as well.

And for the local portfolios in Australia, we're seeing some very attractive opportunities in the short maturity residential mortgage backed space. So these are bonds backed by residential mortgages, and they suffered in particular with the decline in liquidity. And so we've seen some opportunities where distressed sellers have needed to sell very high-quality bonds at significant discounts to fair value, so where we've seen those opportunities, we've been happy to redeploy capital into that space as well. So another attractive opportunity set in the current market and something we've been taking advantage of in the past couple of months.

So that's on the income generation side of the portfolio, but also as I said, bond portfolios, you want them to provide that defensive characteristic as well. And securities we think are really attractive for that role is state government bonds in Australia. So they have that defensive nature, they do well when other parts of your portfolio, the risky parts of your portfolio don't, get an attractive spread pickup versus Commonwealth Government Bonds, and they also have the safety of being included in the RBA bond purchases.

There's a low risk of them suffering any dislocations if we see a deterioration in global financial markets again. So you've got to remember despite low levels of some sovereign yields around the world, that the global market's a really big place. It dwarfs the size of the global equity market. And we're still finding plenty of attractive opportunities in the current market to construct portfolios that provide both that attractive income relative to cash and the diversification against the riskier parts of your broader portfolios.