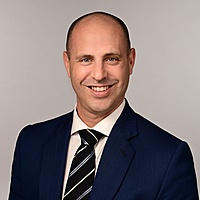 One of the current raging debates in the market is whether one should invest in Growth or Value. There is no set delineation of Growth or Value, but the generally accepted definitions are that Growth consists of rapidly growing and high multiple (or no multiple) companies, while Value is defined as slower growing companies trading on low valuation multiples.

Growth materially outperformed Value over the past seven years but since the start of 2022 there has been a reversal in that trend. Many are questioning if this reversal from Growth to Value will be prolonged based on a reversion to the mean, higher interest rates, and Value being too cheap to ignore.

On the other side of the debate is the inflationary environment, which necessitates investment into growing companies. This blog posits that investors should avoid hyper growth stocks and value without growth stocks, and rather seek growing companies that are trading on reasonable valuations.

Growth has materially outperformed value over the past seven years

Figure 1 illustrates that since the start of 2015, the MSCI ACWI Growth Price index delivered 94% while the MSCI ACWI Value Price index delivered 36%. This performance differential is entirely explained by multiple expansion as, by some measures, Growth’s forward PE premium over Value expanded from 40% at the start of 2015 to 100% today (Figure 2). The degree of Growth’s outperformance and its forward PE premium to Value are at historical extremes leading many to question if the rubber band has been pulled too far and it is now time to rotate out of Growth and into Value.

Reversion to the mean

The initial reason for considering the rotation into Value is mean reversion. This could be delivered by the Growth PE premium returning to its historical average of 40%. To deliver this outcome the Growth PE multiple would need to contract 30%, while Value remains stable.

The Growth index’s multiple premium can revert to the historical average with a normalisation in the tail, which involves the PEs of a handful of larger stocks declining by more than 30%, and the rest declining by less than 10%. This means, the reversion to the mean can occur with material multiple contraction for the companies on extreme multiples, particularly the larger companies on these multiples, and minor multiple contraction for most Growth stocks.

The theory is demonstrated in practice. Figure 4 illustrates the broadly inverse relationship between the PE multiple of the S&P 500 and the US government 10-year treasury yield, which we calculate have a correlation of -0.45.

In an environment of the lowest interest rates in three generations, it is understandable why valuation multiples today are at extreme levels and Growth stocks are trading at higher premiums relative to experience.

Today’s increasing interest rates are reversing the above trends and are having a devastating impact on high multiple stocks providing another argument for shifting from Growth to Value. Pella believes this is an overly simplistic argument. Firstly, it is mainly relevant to companies whose growth is fully encapsulated in the valuation and the increase in interest rates will have a much lesser impact on stocks that are cheap relative to their growth outlook. Another way of communicating this argument is that previously growth was the only thing that mattered but today valuation also matters. Arguing the importance of valuation (low PE relative to growth) is different to arguing for value (low absolute PE).

The second problem with the argument of shifting from Growth to Value due to increasing interest rates is it assumes that interest rates will continue to rise for the entire investment holding period (e.g. three to five years). As explained in our prior blog, ‘Why tight monetary policy will not persist’ (10 Mar-22), Pella believes there are material impediments to ongoing tight monetary policy and the Fed is likely to be forced to cease the tightening cycle earlier than many current anticipate.

Value is too cheap to ignore

Given Value has materially underperformed Growth is it possible that Value is so unloved and cheap that it is bound to outperform as the importance of valuation increases? According to our calculations that is not the case and Value is fairly valued.

We apply the Vanguard Value ETF as a benchmark for the Value market as that ETF has long historical trading history and reliable PE figures. Figure 6 illustrates the difference between that ETF’s earnings yield (inverse of the PE) and the US government 10-year treasury yield. Anything in the top half of the chart (above the ochre line) represents instances where Value is cheap relative to history and in the bottom half is where Value is expensive relative to history. It demonstrates that as at today, Value is fairly valued relative to history, and is not so cheap that it can’t be ignored.

Growth matters when there is sluggish real growth or high inflation

It is now time to make the case for the importance of Growth in the current environment. Inflation is at multi-generational highs and as we expressed in our blog ‘Why elevated inflation will persist’ (23 Feb-22), it is unlikely to decline to a low level in the near term. In such an environment, growth is critical and not investing in growing companies ironically amounts to a bet on multiple expansion.

Inflation eats away at real returns and any company whose earnings do not grow, at least at the inflation rate, is destroying value. Purely on economic grounds, growth becomes increasingly important as the inflation rate rises.

There is also the consideration of the impact of inflation on a company’s earnings. Companies that are unable to grow their revenue ahead of their cost base will have declining margins, which is a headwind to earnings growth. In fact, in many scenarios the margin headwind can result in earnings declining, which is an unmitigated disaster during an inflationary period.

The above means that the only way to make money from stocks that do not generate real growth is through multiple expansion. This is a daunting prospect in a rising interest rate environment, which (as discussed above) is a headwind to valuation multiples. The alternative is to invest in companies that grow above the inflation rate. Put simply, growth is critical during an inflationary environment.

In the above discussion we argued that a reversion to the historical Growth PE premium to the Value PE does not require all Growth stocks to decline and could occur with a dramatic decline in the outliers. This is likely to happen as interest rates rise because at such low interest rates a minor increase in interest rates has a dramatic impact on companies with extreme valuation multiples. As a result, valuation is imperative, but that is different to just investing in ‘Value’ as that segment does not appear unduly cheap by historical standards. Furthermore, it is critical to invest in growing stocks during an inflationary period.

The conclusion of the above is to stay far away from extreme Growth stocks and stocks that don’t consistently grow and seek refuge in growing stocks trading on reasonable valuations. Pella seeks to do this using our valuation-growth curves that relate the theoretically correct valuation for each level of growth to help guide our investment decisions. Some ideas that fall out of this analysis include Dollar General (growing 8% p.a. and on a 19x PE), Deutsche Boerse (growing in the HSD and on a 17x PE), Cigna (5% growth and 12x PE) and JD Sports Fashion (high single digit growth and 10x PE).

Get investment ideas from Steven Glass when you sign up to Livewire Markets.