Why We Recently Sold Some Gold Stocks 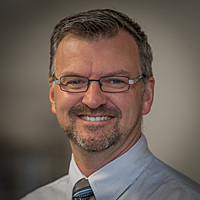 Late last year we identified gold stocks as the greatest contrarian play of 2016 and made an investment in a Gold Miners Fund. Sentiment and the gold price both rapidly improved from January 2016 onward. The value of the investment took off and by July 2015 we were up over 140% on the purchase price. While we still believe in Gold stocks over the long term, we recently decided to take some profits on the investment. Here’s why: - The market had priced in many of the positive factors we identified in our original thesis. - Mainstream fund managers were beginning to add gold miners to their portfolios. - Positive articles began appearing in a number of mainstream and financial papers, indicating the herd had caught on. - Finally, and most importantly, sentiment was sky high and traders held record long positions. We felt that prices had recently moved some way ahead of fundamental value. Read more, including what we switched into, here: (VIEW LINK)