What Scott Morrison can learn from big data 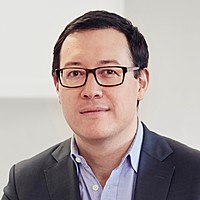 We were intrigued by Scott Morrison’s comments earlier in the month that more utes on Australian streets is an indicator of better economic growth, “Every time an Australian sees a ute driving around a suburb of one of our metro areas or regional towns with a phone number on the side, that’s the sign of a stronger economy.”

The Treasurer went on to say, “We are seeing this played out with all of our trades, we’re seeing it played out across the economy, and the fact that people are building up their inventories to sell more utes, that businesses are out there buying more utes, they can do that because they’re working on sites or they’re working in sectors that are providing their businesses with the future as a result of the investment we’re seeing take place in the economy. They are good signs.”

As big fans of data (or big data fans as the case may be), Morrison’s comments got us to thinking whether anyone in Treasury had actually run the numbers. Do they have a ute sales dashboard up on a big screen in Canberra? Do they ring a bell every time a tradie buys a Toyota Hilux? Incidentally, if they did, in May they would’ve needed to ring the bell every 11 minutes and 4 seconds assuming they’re working applicable award hours and we’re counting both 4×4 and 4×2 Hiluxes (which no self-respecting ute driver would but for statistical purposes we will).

So it turns out the Treasurer got one right. After collating the data for monthly ute sales for the last 2 years to May 2018 (a small sample, we acknowledge), we compared it to the economic growth figures by calculating the correlation coefficient between the two (well, Excel did for us). The value was 0.73 which is regarded as strong – although generally, a value of 0.8 or higher is needed for a correlation to be considered meaningfully significant.

Of course, in all of this, it’s important to remember to the degree that there’s any correlation, it doesn’t mean there is a causal relationship.

Emboldened by this surprise finding, we decided to look at ute sales relative to measures of activity specific to the building and construction industry (assuming as the Treasurer has, that most ute owners are tradies of some description and not mortgage brokers trying to look tough). As owners of a trades training business, the relatively quickly produced vehicle sales figures (usually within 3 or 4 business days of month end) could serve as a useful indicator to aid in our decision making. And just think, if utes worked for building and construction, could Minis work for hairdressing, Prii work for kale farming or Discos work for childcare? It could be our slightly less exciting version of satellite photos of Walmart parking lots.

Alas, the Treasurer took the only good one. We looked at 5 different measures with no meaningful correlation found:

All pretty much as statistically insignificant as you could find.

With one final throw of the dice, we looked at the figures for number of apprentices in building and construction from the National Centre for Vocational Education Research and hit (relative) pay dirt. The correlation coefficient was 0.41 which is still below the meaningful threshold any self-respecting data scientist would observe, but nonetheless the best result we found.

So, ute sales figures seem like a pretty poor proxy for anything but economic growth and even then, we’d need to look at a bigger sample to be entirely convinced. But kudos to the Treasurer for that one.

Secondly, even after we broadened our comparison and looked at total new car sales against the same measures, while the correlation values were generally higher, there was still nothing meaningful and indeed the value for economic growth was slightly lower.

What does this mean? Well data alone is most certainly not the new oil and not all data is created equal. Its value is directly proportional to its relevance. In this case, not much. So, we’ll keep looking for our own personal metric and in the meantime if the Treasurer has any other bright ideas, he should feel free to reach out.

Michael joined Arowana in 2011 and leads Arowana's education investments portfolio. During his career, he has built significant expertise in fund and investment structuring across the globe, as well as holding Information Technology and Law degrees.