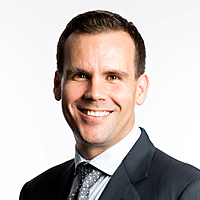 Australian petrol prices have spiked 11% in a single month and more than 30% over the last year, highlighting two themes and stocks Yarra Capital Management is backing currently. And I must emphasise that, for our Australian equities team, these are long-term theses underpinned by far-reaching global shifts.

In the following interview, I discuss the issue of fuel security given recent global events. This is yet another underpinning of one of our stocks, Saunders International (ASX: SND) – whose fuel and other bulk storage facilities, with large clients including Australian Defence, are critical to national security.

We've heard a lot about freight supply chain logistics, and we're starting to see more pressure on those cost bases. Scaling in microcaps is key, it's difficult and in an environment where your costs are increasing, it's hard to find good people and that challenge only increases.

In the following interview, and the edited transcript that follows, I discuss another Australian company we're backing for the long-term and why we believe Yarra Capital Management is perfectly poised for further outperformance.

Reflecting on reporting season, it’s worth pointing out the ASX 200 was up about 2% and small ordinaries were flat, but that really hid a lot of things that were actually happening during that period. So, when we look at it; Energy and Materials were very strong performers and IT and Healthcare were the laggards during that period.

The two takeaways, from my perspective, were:

1. The ongoing selling of those long-duration cash flow businesses, those businesses that need ongoing funding to support themselves. And that was a continuation of a theme that we saw through January as well. It was most evident in the tech sector, and that's what's driven those strong returns over the market over the last couple of years, and we're seeing a reversion there.

2. At a more fundamental level, cost base inflation was a real issue that stood out for us. Including churn rates of staff, the ability to find staff, vacant positions, all of these things were really evident. We've heard a lot about freight supply chain logistics and things, but we're really starting to see pressure on those cost bases. Scaling in market caps is key, it's really difficult, and in an environment where your costs are increasing, it's hard to find good people, that challenge only gets bigger.

Our investment selection process is very much driven from the bottom up. We like to understand the management team, we like to see the business' history and how they've operated through a cycle.

This ongoing theme around decarbonisation remains a key issue for the world long term, Despite the strength in the coal market and what the oil price is doing. We think a stock like GR Engineering (ASX: GNG) will benefit from the "resources spend" generally. So, commodity prices increasing, a lot of cash flow, expansion, and also skills in hydrogen and lithium. Some of these areas are going to be ongoing areas of significant spend, and it's a management team and a business model where we think that they can continue to deliver and their opportunity sets only increasing.

Another one that's quite interesting is fuel security. And obviously, this has become a key issue over the last few months. Saunders International (ASX: SND) is a business that manufactures and maintains large storage for facilities. Australia faces a problem in that storage facilities are not in the right places and there needs to be a re-mapping of that, so there's some significant work to be done there.

And from Saunders's perspective, Australian defence is also looking at bulking up its fuel supplies and locations. Saunders has strong relationships and early packages, and that's another area where we think there's going to be a significant demand tailwind and we’re very supportive of the management team, which we are backing to execute.

Markets generally don't like uncertainty, but we've had a really strong year last year. Microcaps are a place where people tend to sell risk first, look at their portfolios, look at the less liquid names. Look at the names that perhaps still have some work ahead in developing their businesses, and they sell that part of the market. We're certainly seeing that at the moment.

Our fundamental research approach, where we look at underlying cash flows and think about a team’s ability to execute, whether the opportunity is still relevant and in this market period of dislocation, that throws up some great opportunities as well.

We're holding a little bit more cash than usual, we think there's going to be some outstanding opportunities that come up, but we think we're moving into a period where stock picking is going to be key. And some of those themes around backing the big tech companies that are growing really quickly, that's going to be a much harder game to play.

Our research process, focused on cash flows, means we’re well-positioned to perform well through this period.

Australian investors can access the Yarra Microcap Strategy via the UBS Yarra Microcap Fund, a fund which has been managed by Yarra Capital Management since August 2014. To be notified of my latest insights, hit the follow button below.

Get investment ideas from Joel Fleming when you sign up to Livewire Markets.