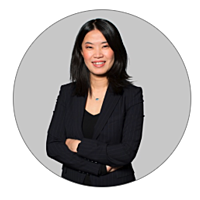 2020 was an important year for the technology industry in China. Covid-19 generally benefited the entire digital ecosystem. At the same time, consumer tastes and behaviours quickly segmented. Long gone are the days when people with different income levels, origins, or ages bought from the same online websites or watch the same online videos. Individual online communities started to form based on localities, age, or interest groups before Covid-19. This development accelerated substantially during the pandemic, propelling multiple internet companies with deep community characteristics from niche websites to potential large category leaders.

Take Bili Bili (NASDAQ: BILI) as an example, an online pan-entertainment platform focused on the young (Gen Z, or people born after 1997) users in China. Founded in 2009 originally as a video sharing platform mostly focussed on the Anime, comics, and games ("ACG") genres, BILI evolved into a broad entertainment site that hosts live broadcasting sessions, distributes games and even has premium and self-produced content for its paid subscribers (similar to Netflix).

We had been watching BILI closely and meeting with the company regularly since its IPO. What impressed us about BILI’s evolution is how it maintains the quality and engagement of its community while growing its user base rapidly.

From 2016 to September 2020, BILI managed to grow its user base five-fold, from 40 million to 200 million, whilst growing the level of time spent, video views, and interaction level on a per user basis. In our over two decades observing the China internet space closely, we have only seen a similar level of growth and engagement from one other service – Tencent’s WeChat.

Meanwhile, BILI has been able to diversify its content offering to outside the niche ACG focus to a more mainstream offering. We believe 2020 was the year when BILI reached the tipping point of becoming a truly mainstream platform from both audience and content offering perspectives. Monetisation still remains in the early stages, but we are confident that the BILI users have very high commercial value as consumers and opinion leaders of products and services both online and offline. Going forward, BILI has multiple potential revenue streams such as e-commerce, game distribution, voluntary tipping, or the tried and true advertising model. BILI is led by CEO Chen Rui and founder Xu Yi, both of whom are avid anime fans. Both leaders are adamant to maintain the quality and integrity of the BILI community. The culture of BILI reflects its user communities – dynamic, young and full of passion.

We also initiated a position in L’Oreal (EPA: OR), the global leader in beauty and cosmetics. Asia has been the key growth driver for LO in recent years. In 2019, the region accounted for 40% of group sales but drove 80% of the incremental growth. China makes up almost half of the sales in the region and has been growing at a rapid pace of over 30% per year. Innovative premium products and sophisticated digital operations are the two main contributors to its success in China. As high as 60% of LO’s China sales are conducted online.

Furthermore, LO is taking the learnings from China and turning them into a global competitive advantage. Around the world, consumers are changing their behaviours in a similar way. Advertisements on TV and magazines with flawless looking models are giving way to creative and playful online influencers, with new tools such as IP cross-over, AI makeup, and live streaming. LO is applying the expertise and talent developed in a highly digital market such as China to its global businesses. For example, LO appointed its China CEO, Mr Stephane Rinderknech, to be the President and CEO of its North American business in 2019. Since then, the US online sales had been on fire. During the September 2020 quarter, LO US eCommerce grew over 100% and reached nearly a quarter of total sales.

LO is 33% owned by the founding Bettencourt family, who have a strong track record in shareholder stewardship. It is run by long-tenured and well-regarded management teams. Amazingly, over its history of 115 years, LO only has 5 CEOs. The current CEO and Chairman, Jean-Paul Agon, will retire in July 2021 and hand the baton to the current Deputy CEO, Nicholas Hieronimus. Mr Hieronimus is well regarded particularly during his time as CEO of LO’s Luxe division, which was the best performing segment during his tenure.

We believe LO can continue to deliver free cash flow growth of 8-10% driven by organic sales growth and operating leverage. The company has a strong balance sheet with net cash, which gives it the optionality in opportunistic and accretive acquisitions.

We also initiated a position in Meituan (HKG: 3690). Best known as the dominant online food delivery platform, Meituan has fended off strong competition from the likes of Alibaba to become the category leader while also being able to grow profitability on a per-unit basis. But unlike its global peers whose core business stops at food delivery, Meituan has successfully leveraged its massive user base and strong local sales network (especially in lower-tiered cities) into hotel bookings, local services, and more recently grocery deliveries.

Whilst food delivery could be a relatively low margin business structurally, local services and hotel bookings could generate much higher profitability over time. Advertising is another long term value latency, as Meituan is often the only online platform with both traffic and transaction capabilities.

Meituan was founded by a dynamic founder who continues to operate the business day to day. Fast execution, deep understanding of the lower-tiered city consumers, and bold investing into new businesses are hallmarks of Meituan’s culture. We are also pleased to see increasing capital discipline within Meituan. Compared to its early days when aggressive promotions were used to attract as many new users as possible, Meituan is much more measured at expanding into new verticals. We believe the improvement in capital efficiency and return on capital could be another main source of value latency going forward.

Invest with Management teams you can trust

At Cooper Investors, we look for focused leaders that demonstrate a clear commitment, vision, authenticity, energy, passion and competency for their business/industry. Click the 'FOLLOW' button below for more of our insights.

Qiao Ma joined CI in July 2017. Prior to this, she spent seven years investing in the technology and consumers sectors in Asia and the US. Most recently she was the Head of Asia for Jericho Capital, a multi-billion dollar global investment fund

Get investment ideas from Qiao Ma when you sign up to Livewire Markets.