3 reasons for stocking up on QBE 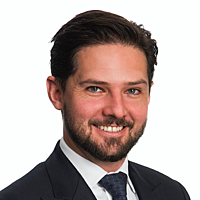 QBE is a position we established over April and May and is now one of the top five holdings in the Firetrail Australian High Conviction Fund. There are three key reasons why we believe QBE is an attractive investment:

The hard pricing cycle continues to roll on

Prices for business insurance have been increasing by at least high single-digits for the past three years across most major regions. Higher pricing has been driven by:

We believe the withdrawal of capacity has been a key driver because it has taken multiple forms. Insurers have pulled back from classes of business that are not delivering adequate returns, third party capital has declined due to large incurred losses, and markets such as Lloyd’s in the UK have been restricting the growth of insurers that are not profitable.

While there has been some moderation in the pace of year-on-year increases, we believe pricing is still increasing above inflation in the US, Europe and Australia. As illustrated by Figure 1, cumulative price increases over the past three years are now approaching 50%.

QBE has been a beneficiary of the rising price environment. As seen in Figure 2, QBE has reported average rate increases of 9.5% pa over the past two years, and a return to volume growth in the most recent half.

Over the past five years, QBE has been focused on integrating granularity and accountability into its pricing process, selling problem portfolios, and simplifying its operating model.

Combined with the upwards pricing cycle outlined above, QBE’s self-help efforts have driven consistent improvements in underlying profitability. The attritional loss ratio, which measures day-to-day claims as a percentage of the premium (ie, lower is better), has steadily declined since 2016-17, as seen in Figure 3.

Due to the lagged nature of how the written premium is earned through the profit and loss statement, we expect further margin improvement to emerge over the short-medium term as the price increases of 2019-21 take effect.

We estimate this will help QBE achieve a double-digit return on equity in 2021-22 and sustain mid-teens earnings per share growth for the next couple of years.

Another area of improvement for QBE has been the strength of the reserves it holds on its balance sheet. While the numbers in Figure 4 are a rather crude measure, they show QBE’s claims reserves as a percentage of premium are at their highest point in over five years.

Insurance is an unpredictable business, and as such there are always risks with an investment like QBE. Front of mind for us are:

1. The potential negative impact of inflation on claims reserves

2. Rebasing risk associated with the new CEO, who commenced on 1 September

Insurers are negatively impacted by unexpected increases in inflation on the liability side of the balance sheet. This can be offset by the significant positive leverage insurers have to interest rate increases on their asset portfolios, which are largely invested in fixed income. However, there are risks of a mismatch if inflation runs well ahead of interest rate rises.

This dynamic is one of the reasons why the higher inflation / higher interest rate thematic has benefitted stocks like Computershare in recent months but has left QBE behind.

We continue to closely monitor macro data and industry feedback for signs of breakouts of claims inflation, but currently believe it can be adequately offset by higher interest rates and the impact of multi-year price increases.

More conservative balance sheet and profit and loss settings are always a consideration when a new CEO commences, but given the significant remediation and reserve strengthening that has occurred in recent years, we expect any rebasing from the new CEO to be manageable. While 2021 looks likely to be another poor year for catastrophe losses, we don’t think this should be completely capitalised into the share price.

QBE is currently trading at a 27% discount to the ASX200 on a 12-month forward basis, 16% below its 10-year average. For the majority of the past decade, commercial insurance pricing has been falling and QBE has been managing a number of company-specific issues.

We believe the current valuation presents significant value when considered in the context of a far more supportive industry backdrop and a greatly simplified business.

Scott is an Equity Analyst at Firetrail Investments. Scott’s primary sector responsibilities include Financials, Healthcare and Telecommunications. Scott has over 15 years industry experience.

Get investment ideas from Scott Olsson when you sign up to Livewire Markets.