3 stocks we are considering into weakness 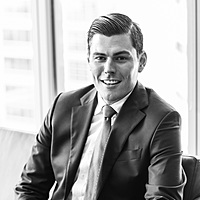 To estimate how far the market may advance this month we should refer to simple statistics that have served us so well in December. Since the start of 2016:

Hence if 5667 remains the low for the month we are highly likely to see a test of 5900 before we welcome in February.

After recent profit taking, we are now sitting on 36% cash and are short-term buyers of weakness/sellers of strength. Our favourite sector at present is the Financials where we already have some exposure through CBA, Macquarie, QBE and Suncorp. However, we would rather be heavily overweight a sector we are bullish than spread across areas where we have little faith, plus it helps that a higher interest rate environment is positive many financials. Below we cover a couple of Fund Managers who are benefiting from inflows and an uptick in funds under management courtesy of a strong market. In most analyst models, they assume the market increases by 6.5% annually which impacts total funds under management. When we see markets do better, obviously upgrades often happen.

Ideal buying of BTT is under $11 with stops under $10, only average risk/return but the degree of confidence we have in the position tips the scales.

HGG is a similar play to BTT and its very unlikely we would purchase both stocks, hence 1a and 1b. We like HGG for a rally towards $4.50.

Note both these plays are relatively aggressive as they are very susceptible to any bad news from Europe e.g. BREXIT's unfolding, Italian banks and looming elections.

PTM has had a very tough time in 2016 courtesy of weak performance and reasonably high outflows during the year. Yesterday they released Funds Under Management (FUM) which showed a drop of $97m in December which is a significant improvement from the three months prior. Analysts were more bearish on FUM and given the stock's relative value (trading on 15 times) we see the potential for a re-rate higher.

We like BEN as our banking exposure is now light after taking profit on Westpac, which currently feels a touch premature, and BEN pays a healthy fully franked dividend in mid-February.

While we remain buyers of weakness it is likely that a large degree of our focus will remain in the financial sector with BTT. HGG, PTM and BEN on the radar as outlined above.