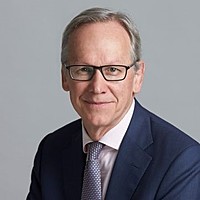 It was Monday, 19 October 1987, and I thought the world of finance was ending. I remember the feeling like it was yesterday. I was a 29-year old stockbroker, living and working in New York, witnessing the biggest market meltdown since the crash of 1929.

Strangely, I met a client for a drink on the previous Friday to commemorate history being made as the Dow Jones Industrial Average had fallen 108 points. This drop capped off a 9.5% decline for the week – and the Friday point fall was the largest since the 1920s.

I was still unprepared for what would come on Black Monday – a 508 point or 22.6% fall in the Dow and carnage across global financial markets.

The Hong Kong stock market closed for a week and then crashed by 33% when it reopened on 26 October 1987. The Australian market fell 40% over the next three months.

Looking back I believe the drivers for the ’87 Crash were the imbalances caused by the unwinding of portfolio insurance, a back-up in interest rates and, as always, irrational exuberance that had driven equities to unsustainably high levels.

Lessons from '87 and the imbalances today

I have recently returned from New York after meeting with market participants in advance of the launch of WAM Global next year. When I reflect on that period and the 30 years that have followed it, some of the lessons I have learned are:

The imbalances that I currently see in the market are:

When I established Wilson Asset Management in 1997, I did so to provide investors with exposure to an actively managed portfolio of undervalued growth companies and discounted assets. In these uncertain times, we remain steadfast in our commitment to the investment philosophy that has provided solid returns for almost 20 years.

I am incredibly pleased that Wilson Asset Management has been able to make a significant difference to the broader community, in particular through advocating for retail investors’ rights and by establishing and supporting the Future Generation companies. These initiatives would not have been possible without your support and I would like to take this opportunity to thank those investors who have been part of the Wilson Asset Management story.