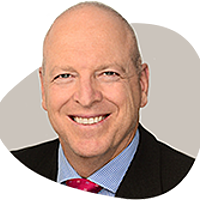 Optimism in the macro outlook grew steadily throughout October, starting with an indication of further monetary easing from the RBA, followed by a Federal Budget which was viewed as being more supportive than most investors had anticipated, and culminating in a re-opening of Victoria towards the end of the month. As a result, Consumer and Corporate confidence measures improved markedly through October. We applaud the government authorities’ efforts in stabilising the economy during the pandemic.

On the corporate front, AGM trading updates were mixed as a whole, still reflecting the bifurcation in business models that are either struggling or thriving in the current environment. That said, improved confidence in the outlook at both a company and macro-level drove sharp upgrades to consensus forward earnings estimates, which grew in aggregate over 3.5% in October, one of the largest monthly increases in over a decade (albeit it off a very low base). Another feature of the month was the emergence of corporate activity, taking advantage of selectively depressed valuations and very cheap debt. Examples in October included Coca-Cola Amatil, AMP and Link all receiving bids, and activity has continued into November. We suspect that we are only at the start of this trend.

Our holdings in Resmed, Credit Corp, National Australia Bank and CBA were the main contributors to performance during the month.

During the quarter we added to our positions in the Financials, increasing holdings in Westpac and ANZ, whilst also adding to positions in Telstra on share price weakness and CSL. We trimmed our positions in Bingo, Credit Corp, Waypoint REIT and Meridien after strong rallies.

Having underperformed the broader market for some time, the Financials ‘caught a bid’ in October, increasing in aggregate by over 6% in the month. Whilst valuation has been broadly supportive for some time now, the outlook for the banks benefited in particular through the month by evidence of:

These factors were key to the increasing our exposure to the major banks during the month.

As we exit ‘AGM season’, November continues to present a number of milestone events for us to test our investment thesis for a number of our core holdings, including (among others) an investor day for Telstra, and full-year results for Aristocrat.

In the meantime we continue to focus on companies that have resilient business models, robust balance sheets, competent management, and are available at a reasonable price.

Importantly we seek to own those businesses that have demonstrated a track record of “having the power” in their various stakeholder relationships. Typically these are represented by characteristics that include:

The Pengana Australian Equities Fund provides exposure to a high conviction portfolio of listed Australian companies. Stay up to date with all my latest insights by clicking the follow button below.

Rhett is the CIO and Fund Manager of the Pengana Australian Equities Fund, and joined Pengana in October 2007, bringing with him over 18 years of experience as an investment professional at the time.

Get investment ideas from Rhett Kessler when you sign up to Livewire Markets.