5 CEOs Who Tick all the Boxes 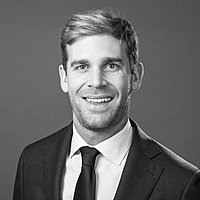 The quality of management is a major factor in assessing any investment opportunity. We adopt the rule that no matter how good a company may appear on paper, if we are not comfortable with the CEO, we will not invest.

To follow up, we’ve outlined 5 company CEO’s that we feel are best of breed in what they do and how they manage the hard earned dollars entrusted to them by their shareholders.

The legendary Tom Murphy is the ultimate case of a CEO with all the attributes to make him best of breed. For those unfamiliar with Capital Cities, it was a US media conglomerate built up by Murphy over a 30 year career which included buying the American Broadcasting Company (ABC) for $3.5bn, and eventually in 1995, purchased by Disney for $19bn. Over this time Capital Cities grew both Earnings Per Share and Return on Equity by close to 20% p.a. and the value of a share went from under $10 to $12,000.

Murphy’s strategy; all capital allocation decisions must not only be cost focused but they must also improve the core business rather than expand into new areas. Furthermore, he shared a similar decentralised management methodology to Berkshire Hathaway (of which he was a board member). Murphy knew the cost items for his businesses intimately and ran his stations at significantly higher margins than industry peers. He also handled the M&A processes for Capital Cities, his ‘lab coat vs commercial coat’  balance was excellent and it’s refreshing to see a CEO making investment and management decisions in unison.

Whilst waiting for the next Tom Murphy might prove an uphill battle, there are numerous ASX listed businesses which we feel have CEOs with attributes to qualify these leaders as standout.

Deven’s tenure is extensive, having been involved with Smartgroup since 2000 when he joined as CEO. During these 17 years a ‘return on capital’ focused strategy has remained consistent through both organic and acquisitive growth; and revenue and earnings have seen compound annual growth rates of circa 30% and 40% respectively.

Since listing on the ASX in July 2014, the market capitalisation has grown from $162m to over $900m, and during this time fully franked dividends have grown by close to 150%.

If you’ve had the opportunity to hear Deven present, you would know he is extremely customer focused. Success rates on tenders, net promoter scores and industry awards SIQ has been able to consistently achieve over the past decade demonstrate the company’s customer focus. A read of their annual report further highlights their in-depth focus on non-financial attributes.

Deven is a top 5 shareholder, furthermore the market can take comfort from the quantum of director buying that has occurred over the past 12 months. The Chairman and numerous other directors have been purchasing shares on market, a great sign of an aligned board with confidence in the company.

What started out as a small wholesale tech company writing its own software in 2002 and then listing in 2006, is now Australia’s largest interconnected voice network with a strong global presence and a market cap of approximately $350m.

Rene was the Co-Founder in 2002, and lead technician behind the original build out. Since mid-2008 with a market cap of $8m, MNF has been able to compound Earnings Per Share growth at 70% p.a., all the while paying out dividends to shareholders. Rene has significant alignment with shareholders, owning circa 20% of the company (as does his Co-Founder), both of whom have consistently acquired more shares since the 2006 IPO.

Apart from his tenure, shareholding, and heightened responsibility for the company as its founder, what we see as a key attribute contributing to the quality of Rene’s leadership is his ability to wear both the ‘lab coat & commercial coat ’. He has a handle not only on all the technical specifications of company operations but business development and the commercial/financial aspects as well. In our opinion, a small cap CEO’s job is to know their business inside out and Rene is a prime example of this given he is the founder who also built the technology.

Peter Trent has been at the helm of MQA since it spun out of Macquarie Bank and listed in early 2010. Prior to this he had over a decades experience managing toll road investments for Macquarie Bank. Macquarie Bank remain the second largest shareholder in MQA.

Operationally this might sounds like a bizarre business to quantify a good CEO, as in some respects a business like MQA could be seen to almost ‘run itself’. On the other hand, the key for MQA has always been capital allocation and Peter Trent has done a fantastic job at this as demonstrated by total shareholder returns (TSR) of above 25% per annum. It is worth noting that MQA has paid out more in distributions than the market cap of the company at time of IPO, and returns on capital have been continually improving.

As a bond proxy style investment, the job of the MQA management team is principally return on capital focused, Peter has proven to be successful across creating operational efficiencies, capital allocation for tollway upgrades, debt management & refinancing, asset sales, capital recycling and asset purchases. Going forward, we believe further rationalisation of capital spend and debt should be a driver for continued TSR growth.

Dr Hupert was a co-founder of PME in the 1980’s and is the equal largest shareholder with 30% equity. During the Global Financial Crisis Pro Medicus bought the Visage Imaging software business from Mercury for approximately $6m. Three years later PME had sold off the non-core assets for about 3x the total value of the original Visage purchase price. Dr Hupert was quoted at the time saying “the opportunity came along and we decided to take it”. The assets which remain in PME are now worth $500m (the company has consistently paid dividends along the way) and the software is being rolled out across many of the leading hospital institutions throughout the western world. The core R&D team who built the software came across to PME and remain in the business today.

For every dollar of capital allocation the company makes, 30 cents belongs to the Dr Hupert, with this strong alignment to shareholders, impressive long term track record and product knowledge from both a commercial and technical standpoint, we feel PME is one of the best managed small cap businesses on the ASX.

Important: This content has been prepared without taking account of the objectives, financial situation or needs of any particular individual. It does not constitute formal advice. Consider the appropriateness of the information in regards to your circumstances.

Robert Miller
6th Oct, 17
Thanks Harry. Yes ethics is certainly something to consider when assessing the quality of management. Internally we look at this through points 2 and 5, alignment with shareholders and non-financial motivation.
E
Eleanor Er
9th Oct, 17
Great article. So seldom do we, the ordinary small shareholders, read articles focused on the abilities of management and yet we know that the quality of management is one of the critical criteria in assessing the value of particular companies.