A Microcap with a Big Future 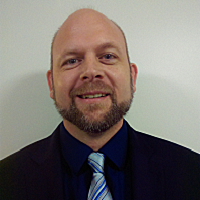 As we close the door on a difficult 2018 in equity markets, attention turns to the year ahead. In our inaugural Livewire contribution, we thought we’d introduce what we think is potentially one of 2019’s top microcap ideas.

Locality Planning Energy (LPE) is one of Australia’s fastest growing energy retailers. To give some context to the rate of their growth, here are the last few years’ revenues:

From an ASX presentation given earlier this year (.pdf), management expect the recent rapid growth to continue:

LPE were Australia’s 15th largest energy retailer at the end of FY18 and the 2nd fastest growing, yet only spoke for less than a quarter of one percent of the market meaning their growth pathway has many years to run if they can continue to deliver: Source: Annual report on compliance and performance of the retail energy market 2017–18 (.pdf)

How Does Valuation Stack Up?

With 50.2m shares on issue after the recent consolidation, at the last trade of 77.5c, the market capitalisation less than $40m. The company recently signed a $30m debt facility with Blackrock that means the growth trajectory of the business is now secure and could even accelerate on the management forecasts shown above (given the forecasts were made prior to the signing of the facility). LPE presently has negligible debt, but will likely use facility debt beyond their natural cashflow generation to execute on the massive growth opportunity ahead.

If LPE continue to execute with the same relentless consistency they have exhibited since listing, we view the present valuation as an uncommon opportunity. The implied multiple for FY20 earnings is less than 10x. The FY21 multiple below 5x.

Clearly one of two things can happen given the disparity between what management says the business will earn in coming years and how the market is valuing LPE. The first is that management fails to achieve their stated revenue and profit numbers. We think this is unlikely. The two key executives own more than one-third of the business and have exceeded every revenue forecast they have published since listing. The second and likelier outcome in our estimation is that as the execution becomes clear through the next few quarterlies and the share price more accurately reflects the growing stream of very secure revenue and earnings.

Given the defensive nature of the earnings (LPE’s average customer contract is more than 7 years) that if LPE were growing earnings at only 10-20% annually, a sensible valuation would be near the market multiple of a mid-teens price to earnings ratio. Given the long growth runway and managements forecast for explosive profitability growth in coming years, we think there’s a good chance the market will deservedly ascribe a significant growth multiple to LPE through 2019 as they become progressively more confident in the delivery of the forecast growth. A multiple of 20x FY20 earnings would not be out of place if anything remotely like managements forecast for future years comes to fruition. Such a multiple implies a share price of more than $1.50 in FY20 forecast earnings or the potential to double through 2019.

What if They Stopped Growing?

To assist us in thinking about a ‘base-case’ valuation for LPE, we have worked out what the cash generating capacity of the business would be if they were to stop trying to grow immediately.

LPE will end 2018 with about 250GWh under management, which based on management estimates of revenue per GWh of $220,000 should translate into an annualised revenue run-rate of about $55m. LPE has been generating gross margins of about 23-24% recently, but have guided to 18% in the longer run. Gross Profit at 18% on the $55m annualised would be almost $10m annually.

LPE presently have 33 FTE (full-time equivalent) staff, in preparation for the continued growth of the business. In discussions with management, they indicated this number could be roughly halved if growth ambitions were shelved. This would mean including the executive that staffing costs could be reduced to approximately $1.5m per annum. General overheads (rent, software, cars, R&M etc), Authorisations and Access to market and billing/customer interaction (software and physical bills) would be about $1.2-1.3m annually. ASX listing costs should be no more than $500k annually. If we allow another $2-300k per annum of other unbudgeted costs, we get annual cash costs of about $3.5m annually.

The above analysis suggests if LPE decided to cancel their growth ambitions that the business as it stands at the end of December would be capable of throwing off more than $6m per annum of before tax earnings. Very few businesses with a sub-$40m valuation possess such cash-generative characteristics.

The business will likely earn less than $1m in FY19 as the $55m run-rate they enter 2019 with will only translate into about $42-45m of revenue in FY2019. We sincerely hope LPE do not switch off their growth ambitions as we view their continued growth as highly likely and think this is the type of business we can own for years to come with outstanding returns.

At EGP Capital, we think LPE is remarkably cheap heading into 2019 and we intend to provide an even more detailed coverage of the investment thesis in our December Monthly Report to EGP investors.

A final note of caution is warranted with anyone considering buying a position in LPE, given roughly half of the stock is owned by the founders, the stock is quite illiquid and disciplined buying is the order of the day if a worthwhile position is to be built without undue upward pressure on the stock price. Safe investing and best wishes for Livewire members in 2019 – Tony Hansen

EGP Capital run a unique fund-management model with zero management fees. We focus primarily on small-capitalisation equities, but carry a broad mandate. Substantially all of the fund managers investable wealth is invested alongside our investors.

Pendal Group
11th Feb, 19
Excellent little company. Have improved their disclosure and explanation of revenue which should assist their cause.

Tony Hansen
11th Feb, 19
It's a long, slow road back once the market loses faith though, they'll need to produce a couple of solid quarters of growth before market participants start to trust the businesses growth potential again - Tony

Get investment ideas from Tony Hansen when you sign up to Livewire Markets.