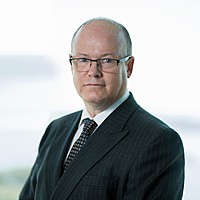 The Australian stock market set a new record at the end of June 2020. The ASX Information Technology GICS sector beat the all-time high forward P/E record set in March 2000 and thus attained – at 60x one-year forward earnings - the most expensive sector multiple in at least 30 years and possibly ever. This record has been set despite considerable competition from past booms and bubbles, some very cyclical sectors and the dot.com peak, when the internet was very immature and earnings in the tech sector sparse.

Not content with this achievement, the sector powered on in early July to reach 64x, at the current rate of one P/E point multiple expansion per day. The future for the sector clearly appears bright.

Upon closer examination, however, these multiples severely underestimate the sheer exuberance priced into this sector.

The ASX Information technology sector can be divided into two halves. Almost half the earnings are produced by Computershare, one of the great Australian international success stories over the last 30 years. The rest of the sector earns the other half.

Computershare is a profitable and well-managed company and our portfolios own positions in this stock, as it trades on a sensible multiple of approximately 17x next year’s earnings, even after some negative impact on their cash holdings from near zero interest rates. Computershare is a global leader in some of its market segments (such as registry), earns approximately 30% EBITDA margins and has generated an average ROE of ca. 22% over the last 15 years. Its portfolio of capital-light service businesses include counter-cyclical activities in capital raisings and bankruptcies. Unsurprisingly, Computershare usually trades at a premium to the Australian market, but today investors have the rare opportunity to own Computershare at around a 10% discount to the market multiple.

In contrast, the remainder of the sector trades on 101x forward earnings, as show in the table below.

Defenders of the valuations of our (ex-Computershare) technology sector argue that high valuations are justified by the remarkable growth rates of the digital economy. However, as shown in Table 2 below, the most remarkable characteristic of the tech sector growth rates has been the pronounced decline in earnings and growth in the trading multiples.

Table 2. We show the growth rates to end December 2019 (pre-COVID) for completeness.

A rise in the trading multiple of 29% per annum compounded over the last five years has masked an 11% pa decline in forward EPS and generated great returns and investor enthusiasm. And ex-Computershare, the EPS decline has been more severe and the P/E multiple inflation even greater – Computershare has grown EPS much faster than the sector as a whole over 5, 10 or 20 years, but continues to trade at what we consider to be a sensible valuation.

Over the last decade, even including Computershare, InfoTech index earnings have fallen 41% and multiples have risen 325%, delivering an excellent 148% price return to investors. And, that really is remarkable!

The US tech sector’s quasi-monopolies, such as Facebook and Google, have generated very dramatic profitability and earnings growth rates, but, as in 1999/2000, we don’t believe that the local sector has the same quality. What it lacks in quality, it makes up for in multiples, but a note of caution is appropriate. After trading on 59x forward earnings in March 2000, the Australian InfoTech sector price index fell 95% to March 2003. That is, prices halved four times in a row and then fell another 20%.

Stay up to date with all my latest insights on Livewire by hitting the follow button below.

LIVEWIRE FUND PROFILE
Lazard Asset Management: Lazard Select Australian Equity Fund (W Class)
........
Securities and sectors mentioned in this paper are presented to illustrate companies and sectors in which we may invest, and should not be considered a recommendation to purchase, sell or hold any particular security. It should not be assumed that any investment in the security was, or will be, profitable. Holdings are subject to change. This article contains general financial product information only and has been prepared without taking account of any investor’s objectives, financial situation or needs. All opinions and estimates expressed herein are as of the published date unless otherwise specified and are subject to change. These opinions may not represent the views of other investors at Lazard Asset Management. Investors should get professional advice as to whether an investment in a Lazard Fund is appropriate having regard to their particular investment needs, objectives and financial circumstances before investing. Neither Lazard Pacific nor any member of the Lazard Group, including Lazard Asset Management LLC and its affiliates guarantees in any way the performance of a Lazard Fund, repayment of capital from a Lazard Fund, any particular return from or any increase in the value of a Lazard Fund. Past performance may not be indicative of future performance.
save

Philipp Hofflin is a Portfolio Manager/Analyst on the Australian Equity Team with Lazard Asset Management Pacific Co. He began working in the investment field in 1995. Prior to joining Lazard in 1999, Philipp was the Head of Financial Markets...

James Rees
24th Jul, 20
Thanks for the article Phillip, but I suspect the use of statistics lacks appropriate context. The IT Index 10 years ago was made up of 79% CPU, 13% IRE and 7% CAR. Even 5 years ago, it was made up of 56% CPU, 21% CAR, 14% IRE and 10% TNE. Of course the earnings and PE of the index will change materially when the index construction changes so dramatically. CPU's earnings have grown at 7% p.a. over the last 5 years. ALU at 39% p.a., APX at 39% p.a. (over 4 full years since listing), TNE at 13% p.a. The other current constituents of the IT index are pre-profitability (but businesses like XRO have grown revenue at over 40% for over 5 years) or have only been listed a couple of years. What PE should a business like NXT trade on? Afterpay? Xero? Megaport? I'm not actually a believer in many of the constituents of the IT index, but I'm questioning the context of the statistics you're presenting and your method of analysis. If you're simply looking at the PE and earnings growth of an index with the characteristics of the IT index (such change within the index constituents and the early stage nature of the businesses) then I suspect the conclusions drawn will be quite unreliable.

Rudi Filapek-Vandyck
26th Jul, 20
James Rees: I could not agree more with you, even if I tried. The above is simply yet another example of Lies, Damned Lies, and Statistics. It's deeply flawed analysis because it treats the stats in a non-sophisticated manner. Lazard is a value investor. This type of analysis typically suits value investors as it continues the mantra of "we are sane, while the market is crazy" (justifying funds underperformance to clients). You are absolutely correct in the points you are making. This idea that investors are paying ever higher prices for companies whose growth is evaporating, a spiel occasionally also applied on the local healthcare sector, is a blatant myth. It needs to be exposed for what it really is: a sorry excuse for deeply biased and flawed analysis.

Get investment ideas from Dr Philipp Hofflin when you sign up to Livewire Markets.