A rare mispricing in a highly profitable stock 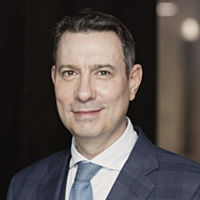 We recently undertook a review of a company called Lynas Corporation (LYC).  LYC is a miner and processor of rare earths.  Rare earths are a critical component within electric vehicles.  The growth in the electric vehicle industry will support demand growth for rare earths over the coming decade.  We expect that supply of rare earths will remain constrained due to the difficulty in producing them and the negative environmental impact if they are not produced correctly.

We value LYC at 41 cents per share, over 100% above the last sale price of 19 cents.   This degree of mispricing by the market is not often seen in a highly profitable company with a market capitalisation of $1.4 billion.  Our explanation for this error is that LYC just came through a period where bankruptcy was imminent.  This has meant no mainstream broker coverage or institutional ownership.  We expect this will change over the coming 12 months.

What are rare earths?

The term rare earths describe a group of seventeen metallic elements that are used in:

Like most valuable commodities, whilst plentiful in the earth’s crust rare earths are dispersed and not often found concentrated in nature. High-grade rare earth deposits are uncommon.

Because of the chemical-intensive nature of rare earth processing and the degree of waste produced rare earth extraction is one of the most environmentally destructive and toxic of all mining practices. Excessive rare earth mining in China has resulted in significant damage to the environment. The rare earth industry is difficult to enter

The only company that has successfully developed a rare earths operation over the past few decades is Lynas Corporation (LYC). Reflecting the high industry entry barriers, LYC’s journey to production was extremely painful for the company and its investors.

On top of the myriad of construction and production problems, LYC was plagued by weak rare earth prices. These problems conspired to see LYC come very close to bankruptcy. The chart below clearly highlights this dreadful journey.

The rare earth market is turning around LYC’s fortunes

LYC’s fundamentals have turned. After five years of weak market conditions, the rare earth industry is experiencing a revival. Rare earth prices have doubled over the past six months, on the back of:

As you would expect, most rare earth companies are now experiencing a material increase in earnings, including LYC.

The area of rare earths we are most interested in are the most valuable group, called Neodymium-Praseodymium, or the shorthand name, NdPr. NdPr rare earths represent only 20% of global rare earth production but more than 80% of the value of rare earths produced.

NdPr is the critical raw material in the manufacture of ultra-strong, high-performance permanent magnets, which are used extensively in the automotive industry – but they are especially important in the electric vehicle industry.

The growth of electric vehicles

Recent statements from governments and major automobile manufacturers suggest electric vehicle production growth will be exceptional over the coming decade. The governments of many developed countries have in place targets for electric vehicle penetration, supported by explicit subsidies as well as investment in complementary assets such as charging stations. What is the likely penetration rate of electric vehicles?'

The average estimate for global passenger car sales is approximately 100 million per annum1. Based on global population growth and greater car ownership levels in developing countries such as China we forecast this number rising to 130 million per annum by 2025. Government and company targets point to a 15% penetration rate of electric vehicles by 2025. As it stands now, global production of NdPr is approximately 25,000 tonnes per annum2. Most of this production comes from China, with 6,000 tonnes from Lynas Corporation. Given the high industry barriers, we think it will be difficult for supply to lift in the short to medium term. Even if rare earth prices stayed at very high levels for a sustained period, a new entrant would probably require three to five years to respond with supply.

Given its incumbent dominant status, China is the most obvious source of new supply. But right now, we are seeing supply reductions. Since the end of calendar year 2016, the Chinese government has cracked down on illegal mining and non-compliant environmental operations, reducing total production capacity and output.

The rare earth market is relatively opaque, but current prices have NdPr trading at $US65,000 per tonne, up from $US35,000 per tonne six months prior. By way of reference during the 2011 rare earths boom, NdPr prices hit $US250,000 per tonne.

For context: LYC believes that the NdPr price could range from $US70,000 per tonne to $US100,000 per tonne and still be a viable input into magnets that go into both internal combustion engines and electric vehicles.

After many years of operational difficulties, depressed end markets and near bankruptcy, LYC fundamentals now appear robust and improving. LYC is now the largest rare earths producer outside of China. The CEO of LYC since 2014 has been Amanda Lacaze. Under her stewardship, we have seen LYC meet or exceed forecasts production volumes and costs. The chart below clearly illustrates the gradual improvement in LYC’s operational performance. LYC source rare earth ore from their long life, ultra-high-grade deposit in Western Australia. The 11% grade of this deposit is one of the highest in the world. The ore is then shipped to LYC’s Malaysian facility for processing. This facility cost nearly $1 billion to build and experienced a difficult and lengthy approval process due to community concerns over environmental impact and potential uranium exposure1. From this facility LYC produce about 15,000 tonnes of rare earths. The valuable NdPr component represents circa 6,000 tonnes of production.

Once again, to highlight the difficulty of operating in this industry, it took LYC ten years from the initial concept of a rare earth company to reach current production levels.

Economics and Valuation of LYC

The calculations below are for the 2019 fiscal years.

Revenue: This production and price profile delivers revenue of $AUD600 million per annum

The $230 million of free cashflow comes from an equity market capitalisation of $1.4 billion. This puts LYC on a free cashflow yield of 17.1%, or a free cash flow multiple of about six times.