An underappreciated threat to the global economic system 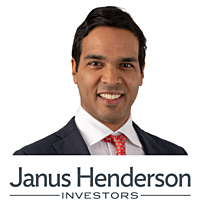 One of the more noteworthy developments in financial markets over the past few months has been the precipitous slide of the US dollar. As measured by a basket of major currencies, the greenback declined 10% from its COVID-19 era peak and 5.4% from its 2019 average.* Many theories seeking to explain the dollar’s demise have emerged. These include the market discounting additional economic dislocations should a second wave of the pandemic arise, concerns about the magnitude of fiscal spending deployed to support a fragile economy, and a possible unwinding of the safety trade that had resulted in an overbought dollar.

Regardless of the reason, of greater importance is the very real risk posed to both the US and global economies should the dollar’s weakness result in an uncontrollable downward spiral. The likeliest catalyst for such an unwelcome event, in our view, would be a depressed level of consumption brought on by imported inflation as well the US government losing its ability to fund its large budget deficit. Policy makers and investors, in our view, are overlooking this very real and systemic risk at their own peril.

What Makes a Reserve Currency

Many attribute the US dollar’s status as the world’s reserve currency to the size of the US economy and perceived safety of the Treasuries market. Two other ingredients are necessary to assume this unique position: The currency must be strong relative to its peers and the home country must run a current accounts deficit.

The dollar is strong. While that may not seem the case for Americans grimacing over the price of a Parisian hotel room or Viennese melange, the strength of the dollar is evident by the boatloads of foreign goods Americans purchase, from German cars and Italian wine to Japanese fish.

While signifying Americans’ propensity to consume, these purchases also perform a far more elemental function. They are the mechanism for transferring dollars from the US into the broader global economy. The presence of offshore dollars enables foreign entities to purchase dollar-denominated commodities, international banks to access short-term funding markets and – importantly – the recycling of dollars via Treasuries purchases back into the US where they fund additional American consumption of goods.

A Spiral to Avoid

The weakening of the US dollar has the direct effect of Americans buying fewer international products. Not only does this weigh on domestic consumption in a country where household spending comprises two-thirds of economic activity, it also dents the profits of corporations domiciled in the export-oriented countries of Europe and Asia. From an economic growth perspective, no one is a winner.

Yet perhaps the greatest peril of the weaker dollar leading to fewer imports is a dearth of dollars available abroad. And guess where most of these dollars typically end up going? They are used to buy US Treasuries. Hence fewer dollars abroad could crush demand for US government debt. And in a world where the US has a difficult time refinancing its debt – the problems caused by the country’s debt overhang become very real, very fast.

Foreign purchases by Americans send dollars abroad, where dollars are then recycled into US Treasuries, thus funding persistent budget deficits. With the US deficit exploding this year, we need more dollars abroad – not less – to fund this deficit. This means importing more and exporting less. A weaker dollar would have the opposite effect.

Many factors have influenced the dollar’s recent trajectory, ranging from flagging economic growth to the size of the federal deficit. Yet the main reason, in our view, has to do with the basic math of currency valuation: real interest rates in the US have plunged into negative territory, dragging the value of the dollar down with it. After having crested 1.0% during the tail-end of the Federal Reserve’s (Fed) normalization program, real interest rates – as measured by the nominal rate minus inflation – fell throughout 2019. The slide accelerated in the wake of the Fed’s aggressive response to the pandemic, resulting in the real yield on the 10-year US Treasury note sitting below -1.0%.

Value of the U.S dollar based on a popular index had slid 8% below its mid-May level before the recent mild recovery

Source: Bloomberg, as of 24 September 2020. Data series commences 31 December 2018. ICE US Dollar Index is a widely followed gauge of the international value of the US dollar based on its exchange rate with other major currencies

This fundamental reason for the dollar’s decline is perhaps even more worrisome given steady talk about the Fed possibly implementing a yield curve control program, which would set specific targets for interest rates at different maturities. If inflation rises and nominal rates are held fixed, real rates will continue to fall. In our opinion this would dramatically raise the risk of an uncontrollable downward spiral for the currency. Such a development would have disastrous consequences for the US and global economies and also send significant reverberations through financial markets.

All the while, inflation expectations are reaching pre-pandemic levels. If yield curve control becomes more of a reality, any additional increase in where consumers think prices are headed could ignite a dangerous chain of events.

With a double-digit budget deficit to GDP expected to last well into 2021, now is the worst time for the terms available for the US to roll over its debt to deteriorate. While foreign holders of dollars typically have little choice but to recycle the currency back into the US, a worsening credit profile would not help matters. But this risk pales to the unavoidable fact that a weaker dollar and a smaller current accounts deficit ultimately means fewer foreign purchases of suddenly abundant US Treasuries.

What’s more, the Fed’s adamance about maintaining low rates would likely keep the dollar under pressure, thus leading to a spike in “imported” inflation. With rates fixed and inflation climbing, real interest rates would have nowhere to go but lower, dragging the value of the dollar down with it and further constricting US consumption. The endgame could ultimately be a current-accounts surplus and a world starved of the dollars necessary to lubricate the global economy. This toxic combination of low consumption, low growth and high inflation would bear an unsettling resemblance to the “stagflation” of the 1970s.

An alternative scenario is similarly bleak, which is that once realizing its miscalculation, the Fed races to raise nominal interest rates, which would crush the borrowing capacity of consumers and cause rocketing interest payments on federal debt, thus squeezing out other government expenditures.

Critics often cite the temptation of policy makers to allow their currency to depreciate in order to inflate away their foreign debts. The reality is that the proper functioning of the US and global economy is dependent upon a strong dollar. An uncontrollable spiral of a weakening greenback, lower consumption and higher inflation would create tremendous headwinds for the US economy and foreign profits.

The specter of higher inflation is clearly a red flag for bond markets. But the risk with the most far-reaching ramifications, in our view, remains the global economy being cut off from a steady supply of dollars. The subsequent economic and market dislocations would be difficult to predict or to contain.

As Global Head of Asset Allocation, I will keep you updated on how we are taking advantage of the most compelling opportunities across the globe. Hit the follow button to be the first to receive my latest insights.

Unless otherwise stated, all source is Janus Henderson Investors, as of September 2020.

Ashwin is responsible for defining short- and long-term approaches to asset allocation. He also co-manages the Adaptive Allocation strategy and co-managed the Diversified Alternatives strategy from 2016 until 2019. Prior to joining Janus in 2014,...