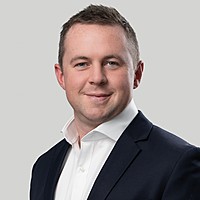 If you don’t spend your weekends keeping up with tweets from Australia’s energy market boffins - and you’d be forgiven - you could’ve easily missed some significant statements that were recently made by two of the most senior figures in the industry:

“On the step-change scenario [coal power generators] will probably go four or five years earlier because they are not making any money and they may go before that.” - Kerry Schott, Chair of Australia’s Energy Security Board

So, what industry insiders have figured out, is that Australia’s energy system is transitioning faster than most predicted. But more on that later, because one thing that even the most casual observer couldn’t have missed was the dramatic event that took place at the Callide coal power station in QLD on May 25th 2021.

The image below shows the aftermath.

This was the kind of event that, had it occurred at SpaceX, Elon Musk would describe as a “rapid unscheduled disassembly”. And unscheduled it was. Because Callide C is one of the newest coal fired power stations in our fleet. So much so that it wasn’t even included in the AEMO’s forecast showing the expected coal retirements up to 2042 (see the figure below - noting Energy Australia have since announced that Yallourn’s closure will be brought forward to 2028). Which is even more unsettling for AEMO and the Federal Government who are attempting to manage an orderly transition to renewables as Australia’s aging thermal power capacity retire.

Following this dramatic event, power prices in both Queensland and New South Wales surged, with a 21-day average in NSW of $176 per MWh, more than three times the annual average of $57 per MWh (VIEW LINK). And although, as with any complex market this price change cannot be attributed to a single factor, it is no coincidence that there’s been increased dispatch of high-cost gas generation to make up for Callide’s absence, particularly around the morning and evening periods where batteries are going to play a bigger role in future.

So, what can we learn from all this?

It’s important to understand that the way coal generators are being asked to operate due to today’s market forces are not only changing compared to historic patterns, but is also deviating further and further from how they were designed. The figure below shows changes in daily generation trends between Q1 2021 and the same period a year earlier.

The clear picture here is that renewables are displacing coal when the sun shines and the wind blows (because they are cheaper to build and operate) and coal power stations are being asked to ramp up and down on a daily cycle, which they were never designed to do.

The dynamism of batteries, are however suited perfectly to this role, as their investors stand to profit from the higher pricing during periods of increased volatility.

It is too early to conclude whether this pattern of behaviour had anything to do with the failure at Callide. But it does increase operations and maintenance costs, and simultaneously increases the likelihood of potential failures in the future.

Back to those quotes from the start. “We’re well ahead of the 2020 Integrated System Plan’s step-change scenario”. Every two years AEMO publishes a detailed technical report called the Integrated System Plan, which essentially asks the question: how should we modify the grid to accommodate the transition from fossil-fuels to renewables? In 2020 they based this study on 5 scenarios: slow, central, fast, highly distributed, and step-change. What we have observed in the past six months is that the system is changing even more rapidly than the most ambitious step-change scenario; let’s call it a “giant leap”. And what we have seen in the two weeks post-Callide is that the energy market of the future is going to favor high-tech, flexible and adaptive technologies.

So, when the investment community catches up to the early retirement of coal plants, will we see a “giant leap” into batteries? Certainly if the 19 GW ((VIEW LINK) of projects in AEMO’s planning pipeline is anything to go by, the answer to that question is a resounding “yes”.

Octopus Investments are investing directly into the Australian renewable energy sector. Stay up to date with our latest insights by clicking here and hitting the 'follow' button.

Bio: Tim joined Octopus in 2019 and is responsible for leading the Australian engineering team. Tim’s role is to ensure the performance of Octopus’ development, construction and operational renewable energy assets in Australia, and provide...