Banking on overlooked and undervalued stocks 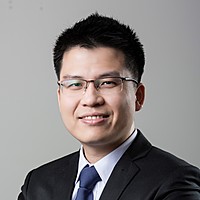 A family friend recently told me that they invested in Commonwealth Bank of Australia shares because it seemed popular and was the market leader among Australian banks. Also, as a customer, my friend found CBA’s customer service very good.

While there is nothing wrong with investing in banks per se (the Equity Fund currently owns three of the big four Australian banks), that decision should be based on fundamental analysis, not because everyone else is investing or because you like the company’s product or service. You are likely to pay a premium for popular shares and, as contrarian investors, we instead search for buying opportunities in places others overlook or undervalue, where the price may be more attractive.

Let’s consider Virgin Money UK (VMUK), a regional bank based in the United Kingdom but listed on the ASX under the ticker code VUK. VMUK might be a smaller bank that not many people notice, or want to invest in, based on its depressed share price. We feel that this is a contrarian investment worth discussing.

VMUK offers both retail and commercial banking services. It was formerly known as Clydesdale and Yorkshire Banking Group (CYBG). CYBG was a subsidiary of National Australia Bank (NAB) and was spun off in 2016 due to several years of significant credit impairment charges caused by the Global Financial Crisis (GFC) and the provision charge of payment protection insurance (PPI) mis-selling (when customers were sold credit card and loan repayment insurance that in many cases was unsuitable). In 2018, CYBG acquired Virgin Money (VM – a bank that consisted of the best-performing mortgages of another bank, Northern Rock, and VM-branded credit cards) and rebranded the combined group and service as Virgin Money UK.

VMUK and other UK banks have had a tough time since 2018. There have been several reasons for this, including:

Whilst many investors turned away from VMUK, we believed the disproportional price and valuation change might imply a potential misprice for the company, which ignited our interest.

To test our theory of a mispricing, we undertook a stress test using the GFC as a benchmark. We studied the excess credit loss rate (the difference between the loss rate and their long-term median) of each loan class after the GFC. Applying the total of these one-off impairment charges to VMUK’s book components, we estimated that we are paying around 1 times for the remaining equity if VMUK had an excess credit impairment as it had during GFC. Even at a depressing long-term return on tangible equity of 5% after a credit event, we are buying VMUK at 20 times earnings at £2 per share. Comparing with the 0.9 times tangible book value of Lloyds bank or the PE multiple of ASX 300 today, the outcome of the stress test showed a large margin of safety for the price of VMUK at the time.

There are other differences in levels between now and the GFC that needed to be considered. For example, the household debt to disposable income ratio is lower today than the pre-GFC levels. Also, in 2014 a cap was introduced that no more than 15% of a lender’s mortgage book could be high loan-to-income. In other words, there seems to be less loan default risk today than there was in 2008.

Aside from the large margin of safety and attractive multiple, there are other factors that drew our attention towards VMUK compared to the major Australian banks:

Looking at the bigger economic picture, the UK has a lower household debt to gross disposable income ratio (shown in the graph below) and lower housing price to income ratio compared to Australia. Less debt means less chance of mortgage defaults and this might make the tail risk probability of the mortgage market lower in the UK than in Australia.

What challenges does VMUK face?

As with any investment there are no guarantees and VMUK faces some challenges:

The big four banks remain some of the most popular shares for Australian investors. Historically they’ve been viewed as ‘safe’ and reliable dividend payers, but as we saw during the market turbulence of 2020, this is not guaranteed as some banks cut their dividends. The Allan Gray Australia Equity Fund has some exposure here, as in our view the major banks, excluding CBA, offer some value compared to the S&P/ASX 300 Index. The Fund is overweight both ANZ and NAB, with a smaller position in WBC. VMUK, however, does seem to present a more long-term attractive opportunity for the Fund.

When choosing investments, blindly following the crowd and only looking at the most popular opportunities may not be the best strategy. Better value could be found if you’re willing to stray from the pack.

Contrarian investing is not for everyone, however there can be rewards for the patient investor who embraces Allan Gray’s approach. Visit the Allan Gray Australia Equity Fund profile to find out more.

Before joining Allan Gray, Dr Yi-Chan Lee was a researcher at the University of Sydney then a postdoctoral researcher at National Tsing-Hua University in Taiwan, where he worked on projects including fundamental quantum theory. Yi-Chan has a...

S
SCOTT WILLIAMS
1st Aug, 21
No dividends for ages and no franking of course...
G
Geoff Brookes
1st Aug, 21
Thanks for a very well-researched article.

Get investment ideas from Yi-Chan Lee when you sign up to Livewire Markets.