Believer or not, it's hard to ignore this thematic 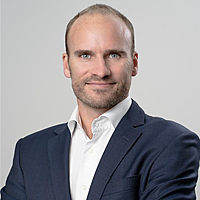 Australian renewables are no longer a small and nuanced asset class for the environmentally-focused. The latest state government budget announcements confirm driving investment into renewable energy will be core to revitalising local economies. As with other state governments which have announced record investments in the coming year, the Victorian government announced this week an unprecedented budget of $1.6 billion to make Victoria a “Renewable energy powerhouse”. Such initiatives are crucial to both decarbonising the energy system and rebuilding our state economies.

With governments making renewables a policy priority for economic recovery as we come out of the pandemic, investors cannot ignore Australia’s renewable energy sector coming into 2021.

Whether you are a believer or not, it is hard to ignore this thematic any longer. It is impossible to turn a blind eye to the blaringly obvious transition from fossil fuels to renewables taking place, with new records for clean energy generation as a proportion of our national energy mix continuously being set. Octopus, however, sees the progress made thus far as just the beginning and believes Australia is at the tipping point of a fundamental shift in its energy system to renewable energy.

Octopus is positioning its business to lead this sector, as the industry rapidly expands in size and importance. We’ve built one of the largest, most experienced renewables-focused teams in Australia, with the goal of bringing all those involved in renewable energy sites – the community, energy buyers, and owners – closer to the assets with which they’ll have an interest. By this we mean we’re involved through the development, construction and operation of the renewable infrastructure assets we manage.

Boots on the ground

We have an investment team that specialise across technologies, including solar, wind and storage. We have boots on the ground directly within our team, managing and operating these sites to optimise their success. Additionally, our team looks to make sure our sites are a good local citizen in the communities they reside, providing a continued positive impact in a way that meets needs specific to the area. At Octopus, we believe we need to take additional steps beyond simply building sites that contribute to our clean energy economy, but also help bolster and support the local economies, through employment, education and the local environments.

The benefits of the renewable energy sector from an investment standpoint have become increasing clear through the COVID year. With a resilient and uncorrelated fuel source (wind and solar), in conjunction with a relatively inelastic energy market, the sector has demonstrated resilience in the form of consistent yields. The sector’s investment characteristics are poised to maintain their strength, both from a yield perspective and capital growth, given the strong operating margins of the sector and the increasing demand.

LIVEWIRE FUND PROFILE
Octopus Investments: Octopus Renewable Energy Opportunities Fund (OREO)
........
Livewire gives readers access to information and educational content provided by financial services professionals and companies ("Livewire Contributors"). Livewire does not operate under an Australian financial services licence and relies on the exemption available under section 911A(2)(eb) of the Corporations Act 2001 (Cth) in respect of any advice given. Any advice on this site is general in nature and does not take into consideration your objectives, financial situation or needs. Before making a decision please consider these and any relevant Product Disclosure Statement. Livewire has commercial relationships with some Livewire Contributors.
save

B
Bernie Masters
7th Dec, 20
I remain unconvinced that current renewable technologies will solve our climate change/emission problems. They may help a little in developed countries where we can afford the high costs but most people live in developing countries where they cannot afford rooftop solar and batteries, for example, so they will continue to emit high and increasing levels of CO2 until cost effective and efficient renewable technologies are available to them.

Get investment ideas from Sam Reynolds when you sign up to Livewire Markets.