Blackouts, misinformation, and a climate of opportunity 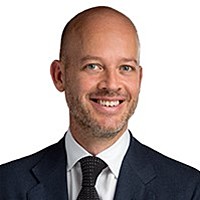 Some may have noticed similarities in the media reaction to Texas’s recent weather-induced blackouts that caused widespread damage to the storms that impacted South Australia in 2016. We think that some of this (in some cases willful) misunderstanding of the system and the causes of the blackout indicates an ongoing perception gap that may indicate an opportunity for investors to take advantage of.

While there will always be some who try to use Texas’s extreme cold event as evidence that climate change isn’t real, there is some evidence a warming climate makes southern incursions of colder polar weather more likely (1), meaning weather events like those being experienced in Texas now more likely. It may be evidence of, not a refutation of climate change. And it shouldn't need to be said again but weather ≠ climate. Even if the links with climate change are tenuous, events like this have happened in Texas every decade or so and the fragility of the system indicates underinvestment or poor regulation.

Because Texas wanted to avoid federal regulation of their power grid, they have operated their grid independently since 1935, mostly isolating the Texas electricity grid from the rest of the nation, which makes Texas particularly vulnerable. While delving into the intricacies of grid management are beyond the scope of a few paragraphs, Texas relies heavily on natural gas for its winter peaking demand, and the cold weather froze lines and equipment, compounded by increased gas demand for heating, which took out this gas generation. Deregulation also means generators and distributors are rarely punished for grid outages, resulting in years of underinvestment in reliability, not to mention some extreme power bills to some during this period (2).

Most of the generation loss was in fossil fuels

It was widely reported that an over-reliance on intermittent renewables was the source of the unreliability, with iced up wind turbines and snow-covered solar panels generating no power when Texas needs it most. The reality is, on 15 February, 27 of the 34GW of capacity (out of about 80GW total) that had stopped was gas and coal (3). Some wind turbines did stop due to freezing but overall renewables were generating above what the regulator had forecast the previous day.

You will have very likely seen a photo (probably on Facebook) of a helicopter spraying hot water on a frozen wind turbine with sarcastic comments about the fossil fuels being burnt to de-ice wind turbines. It's a trope that circulates regularly and must get debunked repeatedly (4). The reality is wind turbines installed in regions that get very cold can be optioned with heaters to prevent icing on the blades, much like aircraft wings. Fewer and fewer buyers do though, mostly because conditions, when it’s cold enough for ice to build up, are becoming less frequent... thanks to warming temperatures.

It’s worth pointing out that at 19% of the 2020 generation, Texas was less reliant on wind than some much colder states, such as Iowa (>50% energy from wind). Wind turbines can operate in a wide range of weather conditions when they are built with that weather in mind.

We are not downplaying the challenge of decarbonising the grid. Renewables, and distributed renewables such as rooftop solar, make the grid operator's job harder, and we will need to invest in the grid to build in resiliency and incorporate all this new, intermittent generation. And for places like Texas, the challenge is even harder given decades of underinvestment in its existing grid.

But the reality is it can be done now, and it will lower power prices, simply thanks to the collapsing cost of solar and wind power generation. Recent research by CSIRO and AEMO found that in Australia, up to 90% can come from renewables by 2030 without pushing up energy prices (5).

So why then do we highlight these things on an investment-focused website? As any investor knows, many great investment opportunities are found exploiting the misunderstandings and misperceptions around an industry or company. The politicised nature of renewable energy and the path to zero-emissions, plus the misinformation that swirls around the sector indicates to us a deep vein of misunderstanding and therefore opportunities for diligent investors.

In Part 2, we will delve into our framework for looking for opportunities in the path towards zero emissions. To receive the wire as soon as it's published, hit the 'FOLLOW' button below.