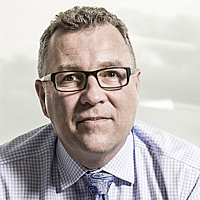 Australian households are on average better off than they have ever been mostly because of the large increases in household wealth over recent years and a low unemployment rate closing in on what might be considered the “full-employment” unemployment rate. Yet in this age of comparative plenty the household sector is not spending particularly confidently, at least not in retail stores. There is some evidence that retail spending has taken a weaker turn since mid-year with retail sales falling by 0.6% m-o-m in September after a revised 0.2% fall in July. Retail sales form a large part of household consumption spending and if the weakness in retail sales evident in July and August continued in September there is a risk that household consumption contributed almost nothing to GDP growth in Q3. There is even a possibility that household consumption detracted from growth in the quarter.

If very weak retail spending continues beyond Q3 there is a risk that Australia could slide in to recession in 2018. Should the RBA be starting to consider easier monetary policy to alleviate this risk? There is no easy answer to that question as so much about the immediate Australian economic outlook is unclear. Also, there is a risk that cutting interest rates actively fosters one problem percolating in the household sector, its willingness to borrow too much for the future health of the economy.

Looking first at the uncertainties surrounding the Australian economic outlook, household consumption spending rose comparatively strongly in Q2, but seems to have weakened in Q3. The first difficult question to answer is whether this softness in Q3 so far is a temporary blip in the data? Monthly labour force readings for July and August were exceptionally strong with employment rising by 83,500 over the two months and the much of the gain in full-time employment, up 63,300. The unemployment rate over the same two months was low and stable at 5.6%. Strong gains in employment imply a return to better household spending before long.

Set against the positive influence of very strong employment growth wages growth remains unusually weak up only 1.9% y-o-y in Q2 the same as the annual CPI inflation rate. If wages growth remains weak it may continue to be a negative factor for growth in retail spending. However, there are some tentative signs that wages growth could accelerate soon including the pass through of the 3.3% minimum wage determination granted mid-year plus pockets of upward wage pressure developing in some service industries and in jobs related to the infrastructure spending boom in the Eastern States.

Yet just as wages growth looks set to take a turn for the better the calls on those wages are increasing too. Local council rates and charges, gas and electricity prices all lifted sharply in July. Indeed, paying for the first instalment of these higher imposts may be a key reason why households had to cut back spending elsewhere in August. Australian household budgets under considerable strain from servicing record high household debt approaching 190% of household disposable income have very limited wriggle room to deal with the order of increases in utility charges that occurred in July.

It is hard to be confident about whether household spending will accelerate or flounder over the next 12 months. As a result, the economy may be improving to the point of generating inflationary pressure or it may be threatening to slide, but interestingly not necessarily with stable to lower inflation as might normally be expected. There are several reasons why Australian inflation may increase even in a soft local growth environment. Stronger global growth is lifting producer prices in the US, China and much of the rest of Asia and even erratically in Europe. The cost of Australian imports is likely to rise because of increases in factory gate prices overseas and that will occur regardless of the state of economic growth in Australia. Indeed, weaker Australian growth relative to the rest of the world implies a weaker Australian dollar which could add additional upward pressure on import prices.

Australia also seems to be on the brink of inflationary pressure in select services relating to what might be termed persistently poor government policy over a protracted period relating to the way local government charges are set and local supply and pricing of gas and electricity.

It will be hard enough for the RBA to assess what it is facing in the economic outlook and mostly because we do not know how extraordinarily heavily indebted households will react as they try to deal with household budget pressures. What is clear is that households need no further encouragement to borrow even more. That route would leave the household sector in a more fragile position with the attendant risk of a huge cut back in spending down the track and high risk of severe recession.