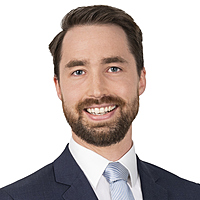 CBA beat expectations in a challenging environment for the banking sector. Cash earnings of $4,477m were 2% above the market, driven by a strong NIM (Net Interest Margin) which benefited from slow mortgage repricing following RBA rate cuts during the half. Another feature of the result was above sector mortgage loan growth of 4%. CBA has kept loan approval times down while peers have blown out post royal commission. Consequently, when recommending loans mortgage brokers have shunned other major banks in favour of CBA. Although this lead won’t last, CBA have been taking advantage to grow its balance sheet. Underlying costs were probably the one area the result underwhelmed. CBA had been aiming for an absolute cost reduction but grew expenses during the half.

Despite this solid result, CBA is trading well above its historic premium to the banking sector and looks overvalued to us.

The stock has continued to re-rate despite its return on equity falling 6% over the past five years. Traditionally, CBA’s cheap transactional deposit base gave it a structural funding advantage over its peers, but with record low interest rates this benefit has been greatly reduced. While on the asset side of the balance sheet, RBA rate cuts will pressure NIM across the next two halves reducing net interest income by 4%. The front book vs back-book pricing spread, which has come under increasing political scrutiny in the last few months, increased during the half to 26bps from 21bps June-19. All of this comes at a time when Macquarie and the non-banks are aggressively competing and cherry-picking customers from the majors such as CBA. Despite the housing recovery, this will continue to be a tough environment for loan growth at major banks and higher costs in compliance and technology are unlikely to abate. The confluence of these factors makes it hard to justify the current valuation despite strong execution this half. No large developed market bank trades on such a lofty multiple.

Looking forward, investor expectations are high and will be focused on the NIM trajectory at the full year results and comments around capital management. Even without further rate cuts, the NIM looks likely to fade into the close of the financial year. While on capital management, with consensus expectations of a $2.5bn plus buyback, anything less than this will be a disappointment and likely see the stock de-rate.

Sage Capital provides investors with access to two long/short Australian equities strategies that aim to generate return and control risk through a balanced investment process that uniquely combines quantitative and fundamental analysis. Stay up to date with our latest insights throughout the year by clicking follow below.

James is responsible for specific sector company analysis covering Financials, Technology, Telco and REITs. He has over ten years investment experience and is a CFA Charterholder.

Get investment ideas from James Delaney when you sign up to Livewire Markets.