China’s rise from student to teacher 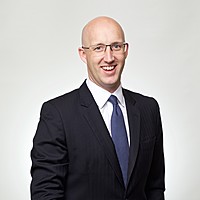 From my initial visits to China in the early part of last decade, one element which stood out was the sheer scale of the industrial economy and the implications which a market of that size had on domestic manufacturing and industrial companies. In the construction equipment sector in 2005 it was clear that although the technology of Chinese companies was initially inferior to their international counterparts, the learning curve afforded by playing in such a large domestic market could enable such companies to rapidly catch up to global norms. This would eventually lead to a global industry structure where Chinese manufacturers could achieve a comparative product at a much lower average cost of production. The theory went that when a certain tipping point was reached, these domestic players would rapidly gain share in international markets, eventually displacing the incumbent global leaders.

Nearly 15 years on and things haven’t quite turned out that way. A combination of the tapering of the construction boom in China, excessive debt burdens, a lack of global servicing and distribution, and brands which are yet to achieve global recognition has led many Chinese capital goods firms to remain inward focused rather than pursuing international expansion. In hindsight, one of the key challenges which Chinese companies at that time faced was that, for the most part, they were attempting to replicate the existing product standards of their international counterparts as opposed to enhancing their product offering. This was very much the era of ‘Copy Cat China’. Two recent visits to China however have left me with the impression that we may in fact witness the manifestation of the original theory in a very different sector.

The speed at which the technology sector is developing in China is well understood. However, the term ‘technology’ is a very broad and has different implications for companies and investors depending upon how it’s applied. The reality is that the technological intensity of all sectors and its adoption within Chinese companies is increasing at a dramatic rate.  Chinese companies are also at the forefront globally of big data assimilation, interpretation and application within their businesses models. Consequently, technology is being applied across entire value chains in order to enhance efficiency, speed to market and to improve product quality as we can see from the charts below. Chinese R&D spending as a % of GDP has been increasing at a rate far greater than global aggregates funded by significant increases in higher education graduates who are now beginning to enter the workforce. Source: China National Bureau of Statistics and US Department of Education

…which is leading to an increase in the number of Chinese Science and Engineering research papers being published.

China gaining ground in the science and engineering domain All of these factors are setting the scene for China to leverage its huge domestic ‘Big Data’ reservoir as companies across all sectors of the economy embrace technology to improve their competitive positioning and ultimately develop better products and solutions for the end consumer.

The adoption of technology across sectors is leading to fundamental changes in the way in which Chinese companies organise themselves and operate. Such changes are being applied across the entire value chain from front-end point of sales through distribution, manufacturing, sourcing and design. Crucially the rate of adoption and the changes in process are now as profound outside of the typical ‘technology’ sector as they are inside it which has important implications for investors.

To date the majority of investor focus with respect to technology in China has been on the internet sector and the three technology titans; Baidu, Alibaba & Tencent.

And for good reason as these companies have forced us to fundamentally change the way in which we think about ecosystems and challenged the economic moats of established players in a number of different industries.

From this point on however I believe that technological adoption by companies outside of the traditional tech sector will be as, if not more interesting, than those within. This will likely provide a number of investment opportunities as there are businesses who are using technology to improve their economic return profile which is yet to be reflected in equity valuations. This is in contrast to core technology sectors where although business fundamentals for many companies in the space appear reasonably robust, valuations present a significant and very real investment risk.

Equally in what are deemed to be ‘traditional’ sectors, there are many companies which are applying technology to not only solidify their existing market positions but also to significantly grow the current addressable market. The opportunity to take a disproportionate share of an increasing revenue pie can lead to significant increases in sustainable levels of cash generation for those companies which are successful and in turn create significant value for shareholders.

Crucially these companies, in sectors ranging from home appliances to security surveillance, are becoming genuine global leaders in their respective fields. By continuing to invest in their technological leadership, using the size of the domestic market to achieve economies of scale and by playing the long game, they have a genuine opportunity to turn that technological leadership into actual product and revenue leadership far beyond their domestic shores.

Markets and stock prices never move in a straight line and China remains a cyclical economy that, like all economies globally, has its own unique challenges which will inevitably create volatility in share prices and market levels. Challenges aside however, there’s an ongoing genuine structural growth story. Investors need to remain prudent, focused and patient in order to manage the cyclicality of this market but not lose sight of and indeed benefit from the structural gains which are being achieved.

Opportunities abound across Global Emerging Markets, technology adoption within China being one of them.

For further analysis from Fidelity International on China and Emerging Markets, please visit our website

Alex has 14 years of investment experience, all of which he has gained at Fidelity. He manages the Fidelity Global Emerging Markets Fund. Alex also holds an MA in Economic Analysis from the University of Nottingham.