Chinese Property Market - One to watch out for... 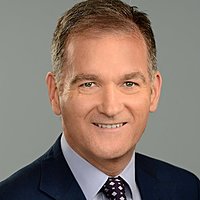 We have written on the China “marvel” before and continue to scratch our head on this enigma and the sustainability of it. You have to give them huge credit for what they have achieved – the greatest economic expansion in history improving the lives of so many people in a 30 year period.

I was back in Southern China again in early October on a client visit to Shenzhen – which has grown from a fishing port of 30,000 people in 1979 to over 11m people today! Shenzhen is the epitome of China’s success, otherwise known as the “silicon valley of China” it has some of the highest salaries and has now surpassed Beijing in terms of property prices.

Success and rapid growth rarely comes without its problems and its excesses. A lot of it has been built on debt – at the corporate (in particular),  household  and government levels. In a country that has not seen any significant downturn in the economy or property price levels, you can imagine that a feeling of infallibility and hubris is pretty strong. Trying to explain that property prices on a par with the best areas of London’s West End is rather extreme and worrying doesn’t get too many worrying at the dinner table – China’s different they say – and we’ve all heard that one before! It is clear that the Chinese government has let the residential property market get way out of control.

Of course, there have been strong fundamental drivers to the incredible rise in property prices. A close contact of ours with 30 years’ experience of investing and visiting the Asian region, Stewart Patterson has recently written a study of the Chinese residential property market. The result of these three drivers is that private urban residential property development in China has grown in nominal terms from USD300bn in 2008 to USD1.4tr now - a compound annual growth rate  of 21%. Residential property sales in China are now larger than the GDP of Russia or Australia. The urban property stock in China has grown from 9.3bn sqm in 2000 to 29bn sqm at end 2016 – an annualized growth rate of 7.3%. While Chinese economic growth has accounted for more than half global growth since 2008, property (together with its multiplier impact) has been one of the key drivers of Chinese growth. If these three drivers of urban residential property demand are drying up, the global economy could well face a nasty deflationary shock.  Although the Chinese government can always “manufacture” growth by increasing government borrowing, which is still relatively by world standards at around 46% of GDP, it may be difficult to contain the upheaval and the political fallout that may result in vast losses of wealth by Chinese households.

China has experienced a rapid urbanization of its population. Back in 2000 the urbanization ratio was just 36% rising to 50% in 2010 and 58% in 2016.  The current pace of urbanisation, a net migration to urban areas of about 21m people per year ( out of a population of 1.36bn) is producing a rise in the urbanisation ratio of 1.5 percentage point per year.  In 15 years time, on current trends, China's urbanisation ratio will have converged on the USA, UK, France and a cluster of other OECD countries at around 78-83%. Whether it then trends higher towards Japan at 93% remains to be seen.  From a housing demand perspective the key points are:

The conclusion I think for this driver is that it will not drive growth in property sales anymore. It need not necessarily become a drag and produce a reduction in property sales any time soon but it is a ticking bomb in that 21m new arrivals to urban areas is not a sustainable number beyond 2030 and it may fade sooner than that.

Clearly, 10 sqm per person was inadequate even for a country with a high population density but 36 sqm per head is a generous living space by international comparison even without adjusting for income per capita and population density.  In Europe for example, the Baltic states, Poland and Czech range from 35-38 sqm per head but they have higher per capita GDP and low population densities.  The UN sets a threshold of 20 sqm / capita as a benchmark for adequate housing as an economic development goal. In Japan, which is perhaps the best benchmark as to where china is heading, the ministry of land recommends a household of 2 people having 55 sqm (27.5 / head) in urban areas. A household of 3 is 23.3 meters / head.

By any standard it would appear that living space per head of urban population has ceased to be a necessary driver of growth in China's housing stock and that in fact the urban housing stock, in aggregate has, if anything been over built in recent years.

At the end of 2016, China's urban housing stock was 29bn sqm according to the NBS that was an increase of 25% or 5.7bn sqm over the level in 2012. So a minimum of 20% of China's housing stock is less than 4 years old. 65% of China's end 2016 housing stock of 29bn sqm did not exist in 2000 (when the stock was 9bn sqm) so it must be less than 16 years old. In addition, housing that was demolished and replaced between 2000 and 2016 is also less than 16 years old. Whichever way  one slices the numbers (one needs demolition numbers to complete the model) it is hard to avoid the conclusion that the median age of urban housing in China is no more than 10 years.  When Japan's housing bubble burst in 1989, the average age of a housing unit was 12 years and the stock has now aged to an average age of 22 years. Housing starts, even now, 28 years after the bubble economy burst are just 50% of the peak. In the US the median age of a house is 37 years  (with a range by state of 55 years  in New York to 23 years in Arizona). New buildings in the US now are built with a recommended life expectancy of 75 years (implying a replacement rate of  just 1.5% of the stock per year). The aging process of China's housing stock will likely result in meaningfully lower investment.

The fundamental factors therefore clearly point to a potential ending of the property boom in China, which has been a big driver in the overall economic growth rate. But what about the speculative element of property demand? It is difficult to gauge the size of speculative demand from the paucity of statistics coming out of China but from my anecdotal evidence it appears significant. It would appear that  a significant number of apartments lay empty and are simply held for capital appreciation purposes. It appears that a small but significant percentage of the business/professional classes engage in property speculation – and on paper at least, have made many millions of RMB this way. Many of these properties have been bought with mortgages.  So you have potentially very “weak holders” of property here if they start to run in to cash flow problems if there business isn’t doing so well or if they start to think that property prices may start to decline or are indeed declining. So you have a potential recipe for a very volatile situation.

So why should we care about residential property prices in China? Well, the residential sector has clearly been a key driver of growth in China – even if it is with borrowed money! Higher prices drive more construction and more demand for raw materials like copper, steel etc and a whole lot of other inputs – some of which come from overseas. So a potential blow up in the Chinese residential market will have a significant impact on the world economy. There will be secondary effects too. The Chinese middle classes will pull in their expenditure on overseas trips, luxury items, etc.

The conclusion seems to be that while urbanisation will likely continue and hence the urban population will grow at about 3% to 2.5% year on year or 20-22m new additions per year, the current housing stock is large enough for the existing urban population and is incredibly new on average. The key demand drivers for housing development have peaked at best or are exhausted at worst. A major engine of both Chinese economic growth and global reflation is potentially running on empty. As development becomes less necessary, it will become even more speculative, cyclical and that coupled with its increasing debt-dependency (albeit still low by international standards) in our view makes it more prone to a sudden down turn.

Robert is the head of Global Equity Strategies at TAMIM Asset Management and is also the manager of the TAMIM Global Equity High Conviction IMA. Robert has worked as a fund manager in the investment industry for over 30 years. Before API & TAMIM...

Get investment ideas from Robert Swift when you sign up to Livewire Markets.