Christmas lights beckoning advertisers back into the market 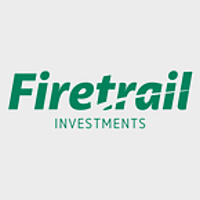 Australia’s media sector was smashed during COVID as consumers’ focus was diverted from roadside billboards and radio ads – but some segments are bouncing back already, says Firetrail equity analyst Eleanor Swanson.

As the end of 2020 rushes into view, some parts of the sector are tipped to capitalise on the stay-at-home effect of ongoing travel bans and other pandemic restrictions. Outdoor and radio advertising both drove off a cliff as car travel came to a standstill from March 2020 – in Q2, billboard and radio advertising were down 65% and 45%. But they’re bouncing back.

“Q3 was still a long way off pre-COVID levels, but we are feeling a lot more optimistic for Q4,” says Swanson.

In the following video, Swanson reveals why she sees a happier year ahead for media companies and Firetrail’s top pick in the sector.

How media looks as we approach COVID-normal

In part five of the series, we take a deep dive into Australian small companies, in particular, in the media sector. We'll have a look at how COVID has impacted the sector, how the recovery is playing out now that Australia is returning to a more COVID normal state, and how the Firetrail Australian Small Companies Fund is playing in the space with its top pick oOh!Media.

Joining me today is Firetrail analyst and resident expert on all thing's tech, biotech, and media, Eleanor Swanson. She's also a lead analyst in the Firetrail Australian Small Companies Fund. Ellie, thanks for joining me today.

Let's get straight to it. COVID, it's impacted everything, not just health. How has the media sector fared through the March madness period?

Well, ad spend is highly correlated with consumer confidence. So, back in late March when Australia went into lockdown, we saw a very sharp and rapid decline in ad markets. So, in Q2 of this calendar year, ad markets were down 40% and that is almost double the level they were down, even in the depths of the JFC. So, it was quite dramatic. And the reason for the decline being so swift was that companies just didn't know, and they didn't have time to prepare for, the impact the pandemic was going to have on their businesses and on consumers.

We saw quite a dramatic impact across all media categories. However, some performed worse than others. And so, as you can see on the chart, the four largest media categories in Australia have fared pretty badly over the last two quarters. The outdoor category was down 65% in the second quarter, and it's still down 56% in the third quarter. The outdoor category was quite uniquely impacted by the pandemic because people were required to stay at home. We also saw a large decline in radio. Now, radio was quite a resilient category in the GFC, it held up much better than the others. However, because there's a perception that the radio is only listened to when you're travelling in your car, that category was also very impacted. Online and TV audiences were actually up in those categories. However, spend was still down, in the 40 and 30s. Everything was impacted, nothing was spared. I'd have to say the smart money during that period definitely went into TV, because prices were down for TV slots, but audiences were up dramatically.

Now, we've got some great news this week with Victoria coming out of their lockdown. How is ad spend fairing now that Australia is opening back up?

As you can see in Q3, it's still a long way off pre-COVID levels. But we are feeling a lot more optimistic heading into Q4, and there are two key economic indicators that are giving us this confidence. And we feel advertisers, as a result of these indicators, are going to start coming back into the market.

In addition, GDP growth's actually forecast to turn positive in the September and December quarters. So, we feel like that's a pretty strong indicator that media money is going to come back into the market.

Then when we think about it from a category-specific perspective, what are audiences doing? So, if we think about the TV category moving into Q4, we think that could potentially be up year on year. And the reason for that is, we've seen the AFL and the NRL grand final shifted from Q3 into Q4. When we think about at-home, where we believe that's going to improve dramatically on Q3, because we're seeing states and borders starting to open up, people are going to start hitting the road for their Christmas break, heading to shopping malls.

We're expecting audiences to be up, and as we all know, ad dollars follow eyeballs. And finally, radio, we think that's going to see a dramatic improvement as well, as I mentioned, people are going to be on the roads over Christmas and listening, tuning into their radio's, so that's how we're thinking moving into Q4. And we think it's going to get better and better from here.

There's various sectors within advertising, how are they faring and how is that flowing through to their spending?

Thinking about it from the customer perspective, people who are spending on advertising, there's been quite a traumatic difference between the different categories. When we think about the spenders that have been most impacted, we've got travel, so that was a top three spender in calendar '19. And then we've also got entertainment and leisure, which was a top 10 spender. Those two categories are down about 80 to 90% still. No one's travelling. So, they're just not spending on advertising.

And then we've also got the auto sector, which has been impacted by COVID, not on the demand side, but on the supply side. Manufacturers are unable to have a hundred percent of their workers in a factory because of social distancing. So, the supply of cars into the market is down. And so, they're not spending either.

On the flip side, we are seeing some bright spots. The retail category was the largest spender in calendar '19. And we all know that Australian retailers have benefited massively from people spending their government stimulus and also the money they'd normally spend on an overseas holiday on local goods. So, retailers are cashed up heading into Christmas, and we're very confident they're going to be spending big on advertising campaigns to build their brands and to capture consumer awareness. Another category we think is going to be strong is alcohol, food and FMCG. If you think about it, a lot of Aussies are going to be having home Christmases. So, they're going to want to capitalise on that. We also think finance, insurers and governments are going to continue to spend into the end of the year. With all those bright spots you mentioned, how's the fund playing it? What is the top pick for the Firetrail Australian Small Companies Fund?

Firetrail invests on a three-year view and keeping that in mind, oOh!Media is our top pick in the media space. oOh!Media is the largest player in the out of home media category. As you can see on the chart, we've split oOh!Media's revenue in calendar 2019 by the different categories. So, you've got billboards street furniture, airports, for example. And what we've also put up there is our forecast for what audiences are currently doing across these different categories. So, for the commute segment, we're actually seeing a very strong recovery in suburban areas. However, the rail contracts within the CBD are dragging that category back a little bit. So, we estimate that's at, currently, 75% of pre-COVID levels. Roadside billboards are strongly recovering and are now back up to 90%, and in regional areas they are at 110%. Retail shopping centres are heading towards 90% as well.

And then the fly, or airport, contracts are still down materially and the locate offices, clearly people aren't all back in the city. So, they're still down around 50%. Now, we believe that oOh!Media is actually well-positioned to beat market expectations moving into calendar '21. Firetrail is more optimistic about the recovery in audiences heading into next year. And as we all know, ad dollars follow eyeballs, so that'll be the key catalyst there.

oOh!Media has a very large, fixed cost base. It's got big, fixed rental contracts and also employee costs. And so, the way to think about leveraging that business is a 1% increase in revenue, basically flows down to your bottom line and you get a 4 to 5% benefit. So, you can see, it's quite dramatic if we do see that revenue pool start to turn. And now, thinking about the company more on a medium-term view, the reason we really like the stock is that it is the only listed player in the traditional media space that is not suffering from structural declines in audiences.

Online has been the big beneficiary in picking up more ad dollars as a company tries to get a quick sale. However, we all know it's incredibly important to have a strong brand. And the only way to build your brand is through these traditional media players. So, we're very confident companies are going to continue to allocate to the space. And given out of home is retaining its audiences. We think that they're going to be the big beneficiary. So, in calendar '19, out of home had about 7% of the $16 billion media pie in Australia. We think that's going to increase to 10% over the next few years. So, we really like the stock on a short-term and a medium-term view, and that's why it's one of the top holdings in our fund.

We hope you enjoyed this wire on the media sector. In case you missed it, you can find parts 1 to 4 of the Firetrail Analyst Series here . If you'd like to receive our other exclusive reports first, hit 'FOLLOW' below.