Compelling ideas are still out there 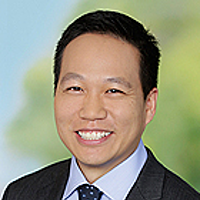 FY19 proved to be a difficult year for earnings, excluding Financials, Utilities, Resources and REITs, earnings contracted 3.0%. However, fewer significant misses from market stalwarts imply results were likely no worse than feared.

Investors were prepared to look forward and back companies that appear to be at an earnings inflection point. Some early trading updates confirm that a change in consumer and business confidence is underway despite the global uncertainty.

Familiar dynamics at play as we enter FY20

Aussie Industrial companies (ASX200 ex-Resources) grew their profits by only 1.0% in FY19 reflecting the challenging economy and a remedial year by the major banks (EPS down ~6%).

We'd flagged that expectations for FY20 looked far too heroic heading into August, so it wasn't surprising that forecast FY20 EPS growth (again ex-Resources) has eroded from 8.3% prior, to 6.2% currently.

We're cautious about ongoing erosion in the context of dividend sustainability (supporting the 'equity yield arbitrage' trade) and upward pressure on stretched valuations which leave little room for error.

Global economic uncertainty continues to weigh on the ASX's offshore earners. They were one of the few bright spots for the market in recent years but the prolonged trade war and slowdown in Chinese growth is putting a dent in the earnings outlook.

Domestically, early trading updates confirm that a stabilisation in housing, tax cuts and lower interest rates are working their way through the economy.

Other interesting themes from August

Retailers enjoyed a good bounce on evidence of a consumer turnaround, helped by undemanding valuations.

Compelling ideas are still out there

This report was contributed to Livewire from the Morgans Blog.

Andrew is a member of the Morgans Investment Committee, and is responsible for equity strategy bulletins, high conviction stocks, model portfolios and other products focusing on key areas such as reporting season, factor analysis and short interest.