On the ground views from Asia: Talking Tech 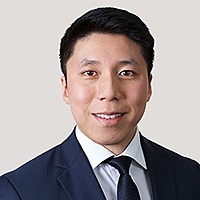 Asia is the most technology-heavy region in the world. Technology companies currently make up ~32% of the MSCI Asia ex-Japan Index compared to only 26% of the S&P500 and 3% of the ASX200. At Ellerston Asia, we break technology into 3 different sub-sectors: mega-cap technology stocks known by the acronym STAT (Samsung, Tencent, Alibaba and TSMC), supply chain companies and disruptive technology (robotics, artificial intelligence, fintech, electric vehicles, etc).

Given the uncertainties around the trade war, we are currently wary of the China supply chain sub-sector and do not own any of the usual suspects like Sunny Optical and AAC. However, we continue to be excited about the long-term potential for the other 2 areas of technology, STAT and disruption, and the valuations of these stock are becoming increasingly compelling.

I recently visited Taipei and Seoul to do channel checks and also attended a technology conference in Beijing. The following outlines our current views on China internet stocks, smartphone penetration, the memory cycle and foundries.

The China internet companies have recently been sold off on the back of emerging market outflows, regulatory concerns and some near-term earnings risks. Ellerston Asia however believes that the ‘national champion’ status and structural growth outlook for the BAT (Baidu, Alibaba, Tencent) stocks remain intact. A key theme from the conference I attended was that most internet companies are still investing heavily for growth. Many of these investments are aimed at capturing a bigger slice of the time that China’s 800 million internet users spend online, which is still growing at 20%+ per annum. Although investments could lead to some margin pressure in the near term, the BAT stocks are best placed to offset this given the diverse ecosystem that each has built onto its platform. For instance, of the top 20 mobile apps used in China, 19 are owned by the BAT companies. The positive network effect created by the BAT companies should lead to attractive monetization opportunities over time. Post the recent sell-off, the BAT companies are now trading at around 1 times P/E per unit of earnings growth (i.e. PEG ratio) which compares well to regional and global internet peers.

Smartphone – what to buy now that the market is saturated?

The smartphone industry has seen no growth in shipment numbers since 2015, hovering at just over 1.4bn units per year. We see little prospect of a re-acceleration in smartphone sales until the next form factor change or step-change in data speeds (i.e. 5G). A foldable smartphone has promise and Samsung Electronics is planning to release a commercial version in 2019, with a starting price in excess of US$1,500. It however remains to be seen whether a smartphone at such a high price point can drive shipment growth given consumers have baulked at the prices of recent smartphone releases (e.g. iPhone X starting at US$999). The 5G telecommunication standard has the potential to drive strong replacement demand because no smartphone is currently compatible. But 5G is a 2020 story at the earliest. This means that in the near term, smartphone brands can only focus on content upgrades or price in order to differentiate. Components that continue to see improvements or increased usage per device include logic and memory chips, cameras, display screens and passive components. Ellerston Asia owns a small handful of non-China supply chain companies that benefit from component upgrades or market share gains such as TSMC and Samsung Electro-Mechanic (SEMCO).

Memory – how long will this downturn last?

The upturn in the global memory market since mid-2016 is coming to an end. My meetings with memory related companies such as Samsung Electronics, SK Hynix and Silicon Motion confirmed that prices for both processing memory (DRAM) and storage memory (NAND) will fall in 2019 due to rising supply. The corrections in memory prices however may not be as sharp or prolonged as previous downturns given strong structural demand from cloud/data centre customers such as Amazon, Google, Microsoft, Tencent, Alibaba and Huawei. Furthermore, the global migration to 5G from 2020 could drive meaningful consumption of memory content. The market however is unlikely to price in the 5G benefits until there is greater visibility on the demand, which means that share prices for memory companies could remain vulnerable to further corrections over the next 2-3 quarters. We acknowledge that memory stocks are cheap (Samsung is trading on 1.1x 2019 PB, SK Hynix on 0.9x). But as we’ve learnt from past memory downturns (e.g. 2010 and 2014), the valuation argument takes a back seat in the face of falling product prices and it is currently too early to tell whether this downturn will be a ‘soft landing’.

The market however is unlikely to price in the 5G benefits until there is greater visibility on the demand, which means that share prices for memory companies could remain vulnerable to further corrections over the next 2-3 quarters The competitive landscape in the outsourced semiconductor manufacturing space, otherwise called foundry, is becoming ‘winner takes all’ due to rising capital intensity. TSMC is the largest foundry in the world with 55% revenue share. The recent decision by a key competitor (GlobalFoundries) to abandon manufacturing of the most advanced chips due to return on investment concerns will strengthen TSMC’s dominance in this space and could see revenue share increase to 60% by the end of 2019. Industry consolidation along with long term drivers of semiconductor demand such as artificial intelligence, internet of things and 5G should allow TSMC to compound earnings at the upper end of its 5-10% CAGR target with limited cyclicality. We believe the earnings certainty provided by TSMC is a primary reason the stock has outperformed the MSCI Asia ex Japan Index by ~13% since late July. The current conditions for the Asian tech sector are more nuanced than in the past few years and require good stock picking. Given the headline risk around the trade war, Ellerston Asia is currently underweight the tech supply chain but are overweight a select handful of companies that provide strong structural growth potential and are now trading at compelling valuations. These include Tencent, TSMC, Alibaba and SEMCO.

You can register to attend the 2018 Ellerston Investor Roadshow where Bill Pridham Ellerston Global Investments (ASX:EGI) and Mary Manning, Ellerston Asian Investments (ASX:EAI), will be showcasing their best investment ideas and the context in which they are investing for the future. A limited amount of free tickets are available, so please register here.

Fredy is the Deputy Portfolio Manager for Ellerston Asia. He has over a decade of experience in the financial services industry, previously working for Bank of America Merrill Lynch and Macquarie Capital.

Get investment ideas from Fredy Hoh when you sign up to Livewire Markets.