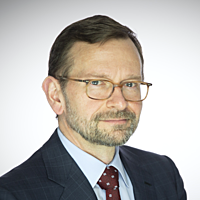 Since the beginning of the year, the Trump administration has announced a series of increasingly aggressive trade policies. While much remains uncertain about the future direction of these policies, we believe the risk of further escalation is high and that a sustained move toward protectionism could derail economic growth.

Furthermore, corporate profits are even more at risk than GDP due to how integrated the global economy has become. Reorienting global operations and supply chains could be difficult, disruptive, and costly for many businesses. Understanding how a business and its competitors are exposed to this risk is critical to evaluating the potential impact of protectionism on profits.

Many Businesses are Global

While tariffs and protectionist trade policies are often discussed in terms of the countries implementing them, from a market perspective it is important to recognize that supply chains and companies themselves are far more global than in the past. Two examples help illustrate how global supply chains can complicate analysis of protectionist policies and their impact on corporate profits.

Headquartered in Chicago, Boeing manufactures one of the most advanced airliners in operation today, the 787 Dreamliner. Its airframe alone consists of parts from suppliers from eight different countries. Similarly, in a recent teardown of the iPhone X, IHS Markit found that the phone, assembled by a Taiwanese company in China, used components from Korean, Japanese, German, Dutch, Swiss and US companies. The estimated value of these components was $370 for a phone that retails in the United States for $1,000. This implies that the Bill of Materials was relatively low value add and that any demand destruction as a consequence of higher prices resulting from tariffs could jeopardize higher value activity that takes place in the United States. Moreover, China also is an important market for Apple, exposing its business to the risk of non-tariff retaliation against US trade policies if trade tensions continue to escalate.

These examples draw a stark contrast between current trade tensions and the auto trade conflict between the United States and Japan in the 1980s. In the 1980s, putting trade restrictions or tariffs on a Japanese car meant exactly that. It was a car produced largely, if not entirely, in Japan by Japanese companies using Japanese workers. Today, that is no longer the case.

In a 2017 story, Bloomberg tracked the journey of a capacitor, an electronic seat-adjustment component about the size of a joint on an adult pinkie finger. Travelling from suppliers in Asia to final assembly in a Ford or GM SUV, the component crossed international borders as many as six times. This journey is illustrative of how increasingly global supply chains have resulted in highly specialized regional patterns of production in certain industries. From a practical standpoint, putting a tariff on the full product each time it crosses a border compounds the cost of trade and is incredibly cumbersome administratively. From a more general standpoint, it also demonstrates how complicated it could be to re-orient supply chains due to punitive tariffs.

Some US companies might come out ahead in a prolonged trade dispute. Among the potential beneficiaries are companies that:

Many others, however, could face significant challenges.

The first challenge for companies harmed by protectionism is figuring out if the new US trade rules are likely to be temporarily or permanently altered. The answer to this question would then determine whether companies might have to make important strategic choices. These decisions might include reconfiguring supply chains to remain competitive within their home market.

Companies might also face the prospect of losing market share to overseas competitors with different supply chains that are less exposed to protectionist policies.

Firms may even have to write down stranded assets as their investments in foreign production become uneconomic or foreign governments put roadblocks in the way of ongoing operations. Likewise, choices like the timing of expansion plans in new markets or investing in supplier relationships or foreign facilities are far more di cult against such an uncertain backdrop.

Looking ahead, we see four potential directions for US trade policy:

In our view all four directions for trade policy remain possible, and investors and corporate management teams ought to assess their exposures and implications under each. While the first direction would clearly be optimal, we believe the second and third are most probable, with negative implications for many businesses.

The potential outcome of current trade tensions is highly uncertain and the impacts are complicated. While protectionist policies implemented to date remain small relative to the size of the US economy, they could have a much larger impact on corporate profitability. Additionally, trade challenges easily could escalate sufficiently to undermine confidence and derail the ten-year-old US bull market and economic growth.

In addition to these general risks, it is important for investors to assess what is potentially exposed and how at a company level. Doing so is difficult, due both to the globalization of business and supply chains and to inadequate disclosures at the company level. However, understanding these exposures, as well as competitive positioning, is critical to evaluating risks and rewards and positioning portfolios appropriately.

For further analysis on some of the biggest issues currently affecting markets, please visit our website

Ronald Temple is a Managing Director and Co-Head of Multi-Asset and Head of US Equity. In this role, Ron is responsible for overseeing the firm's multi-asset and US equity strategies as well as several global equity strategies. He is also a...

Get investment ideas from Ronald Temple when you sign up to Livewire Markets.