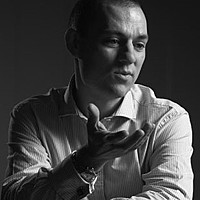 The spread of COVID-19 across the world had a dramatic impact on everyday life for many people, as governments imposed restrictions on their citizens to limit the rate of virus transmission.

While the restrictions varied in their length (from a few weeks to several months) and their severity (from mild to draconian), there is no doubt that they have been a catalyst for a fundamental change in the way individuals and businesses operate.

Many of these will be only temporary, such as restrictions on travel (both domestic and international) and capacity limitations in industries which are dependent on face to face interactions, such as hospitality.

But several will probably be more permanent. Some will be changes that are simply an acceleration of trends that have been occurring over time, or the emergence of new trends. In this section, we discuss three of these structural trends.

Overnight in March, many companies were forced to abruptly implement emergency work from home procedures. The large-scale exercise proved to be much more successful than many would have anticipated, with the adaption of new technologies allowing businesses to continuing operating with minimal disruption and little change in productivity. This raises the obvious question of whether this has caused a more permanent change.

While it is likely that most employees will return to the offices around the world when safety permits, some companies (particularly in the tech industry) have made the transition permanent. For many, however, a hybrid or flexible model may become the norm, whereby employees split their time between the office and home.

So, what are the outcomes of this change? Reduced demand for city office space, a lower premium for real estate located close to work hubs, less traffic and use of public transport in peak hours and bigger houses to accommodate home offices are all likely developments. Business travels also faces an uncertain outlook. Many business meetings and conferences are now been successfully conducted online and hence companies will be reluctant to reinstate pre-crisis travel budgets.

From the equity market’s point of view, the one conclusion that can be drawn is that the changes favour big tech. With demand for many of big tech’s services soaring through the crisis, it has further entrenched their respective market positions at the expense of older industries. In 2020, the big five tech stocks in the S&P 500 added US$2.4 trillion to their combined market capitalisation; the residual 495 stocks in the benchmark grew by an aggregate US$1.7 trillion.

Trend 2: E-commerce on the rise, versus bricks-and-mortar demise

Bricks and mortar retailers have been among the biggest losers of the COVID-19 crisis. Crossing all the boxes of COVID transmission risk factors – non-essential, face to face services and indoors - widespread closure of shops has been a common enforcement measure across the world.

With shops closed, online was the only channel that remained open which led to a spike in digital shopping. Additionally, with many other services industries shut down, much of this budgeted spend was directed to goods and products sold online. Further, while spending typically dips during a recession, unprecedented fiscal stimulus countered this typical pattern.

The crisis period has undoubtedly introduced new consumers to the channel who had previously resisted the trend or who may have been uncomfortable buying online. Shops have eventually reopened and online cannot replicate the physical in-store experience. However, the permanent transition of sales from one channel to the other will hurt bricks and mortar retailers who had operated at the margin. Online retail sales growth jumped as lockdowns were initiated in Australia, with sales growth tracking at around 60% growth year on year.

One of the more immediate impacts triggered by the COVID-19 crisis was the abrupt disruption to supply chains worldwide, exposing numerous vulnerabilities.

Sharp changes in demand and multiple links of supply broke down. Factory capacities were reduced while border closures led to delays in transportation. The rise of ‘just in time’ supply chain management (where inventory is ordered on an as needs basis) over several decades further exacerbated the problem.

There are two likely changes that may occur in response to this shock. Firstly, companies will seek to diversify their supply sources further, reducing the risk of concentration from any country or region. Secondly, economic nationalism, already growing due to the numerous trade wars that have risen in recent years, will gain further traction, with broader implications for the longer-term growth in international trade.

........
Escala Partners Pty Ltd (EPPL) (ACN 155 884 236) is a Corporate Authorised Representative of Escala Wealth Management Pty Ltd ((EWM) ACN: 162 573 828) holder of AFSL 456207. EWM is 100% owned by EPPL. The content of this document is general in nature only and is not personal advice. This means that it has been prepared without taking into account your objectives, financial situation or needs. Thus, before any investment decision is made based on this document, an EPPL investment Advisor should be consulted or you need to consider the appropriateness of the advice having regard to your objectives, financial situation and needs. We also recommend that you obtain a copy of the Product Disclosure Statement (if applicable). This document is based on information from reliable sources; no representation, warranty or undertaking is given or made in relation to the accuracy or completeness of the information presented. Any conclusions, recommendations and advice contained here in are reasonably held at the time of completion but are subject to change without notice. EPPL does not accept any responsibility to inform you of any matter that subsequently comes to its notice, which may affect any of the information contained in this document and assumes no obligation to update and reissue this document following publication. EPPL, its directors, employees and agents disclaim all liability for any errors in, or omission from, this document or for any resulting loss or damage suffered by the recipient or any other person as a consequence of relying upon this document. Historical performance is often not a reliable indicator of future performance. You should not rely solely on historical performance to make investment decisions. EPPL may receive commissions and fees from transactions involving investments referred to in this document. EPPL, its directors, employees and agents may from time to time hold interests in the securities referred to in this document. This document is a private client communication and is not intended for public circulation or for the use of any third party.
save

After graduating from the University of Melbourne with a Bachelor of Commerce degree with honours, David joined the asset management team of Equity Trustees. It was there that he gained a solid foundation in fundamental research in Australian...

Get investment ideas from David Bruty when you sign up to Livewire Markets.