Emerging Markets FinTech is a step ahead 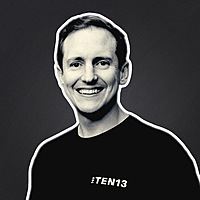 Before the iPhone even had a copy-paste function, millions of Kenyans were banking on their phone. Mobile money, real-time payments, crypto, and even BNPL were all emerging market financial innovations before landing in the developed world. TEN13's Alex Barrat looks into the recurring theme of FinTech being built in all corners of the globe, decades before Silicon Valley adopts the ideas.

Australians have largely been an innovative bunch. Inventors of both plastic banknotes and WiFi, we’ve been at the forefront of innovation in money and tech. As such, you’d think the national financial infrastructure would be world-leading too.

Yet, it was only in 2018 that Australians could finally transact with real-time payments (RTP), after the NPP was launched. Just 5 years ago, it would take days to settle a $5 transfer.

Now, almost all transactions can be made instantly at any time of the day. This stands out only because Australia is over a decade behind a lot of the developing world.

Even America, the home of Silicon Valley and all things innovation waited until 2017 for real-time payments. Switzerland, Singapore, and Germany; other technologically advanced economies were also relatively late to the game.

You’d do well to get through the first few columns of the list without raising your eyebrows. Why was Japan decades ahead of the pack? Why have emerging economies developed more modern financial solutions quicker than the rest of the world?

Firstly, the usual disclaimer, it’s important to remember that when a country adopted RTPs is not the best measure of a financial system's maturity or sophistication. But still, RTPs are a very complex step-change that we saw emerge in the developing world before much of the developed.

While Japan has been developed for a long while, it is interesting how early they were to launch RTP. In 1973, Japan introduced their Zengin real-time payments system. Overnight, 87 banks with 7,400 branches were able to instantly settle transfers between individual accounts rather than periodic batch settlements. This forward-thinking was a sign of a decade of Japanese banking dominance.

So, stepping away from the history books and answering the question more directly; why did parts of the developing world innovate more quickly than more established parts of the world?

To start, emerging economies often have very basic, or non-existent, incumbent infrastructure. There is no system to build on top of or replace which removes a lot of legacy debt and limitations of existing infrastructure. The first iteration of a technology is often the only solution. Architects are building into clean air with ready demand for their solution. Another reason is a lack of regulation. The processes and approvals needed to launch financial products in places like Australia are extremely strict. This is for good reason, but generally innovation and regulation exist separately.

Today, Zengin is still one of the biggest RTP systems in the world but we can see how the same technology has kicked off in other parts of the globe. India, China, Thailand, and Nigeria are all transacting in ways that are still relatively new to a lot of the West.

Modern systems like India’s UPI and Brazil’s PIX are the second iteration of RTP infrastructure launched over a decade ago (the IMPS and SITRAF systems respectively). Real-time payments aren’t the only tech we saw develop most quickly in regions outside the developed world.

Let’s go back to M-Pesa. Mobile payments are an emerging market invention. ApplePay has taken the world by storm over recent years but China has been paying with their phones for a decade.

You are probably well aware of M-Pesa by now. Essentially, in 2007, M-Pesa turned any mobile phone into a wallet where Kenyans could transact and save instantly. While the majority of the population was unbanked, over 83% of the adult population had access to a phone. Within 2 years of M-Pesa’s launch, 65% of Kenya’s population was using M-Pesa. Before 2007, cash was ubiquitous; an insecure and hard-to-manage solution when the average bank was 9.2km away. Now M-Pesa is used by 96% of households and the distance to an M-Pesa agent is just 1.4km. Just this year they passed 50 million global users.

There is another takeaway here that explains why innovation can scale so quickly in developing parts of the world. Sometimes innovative tech is being built to create a solution rather than replace a solution. When this is the case, we often witness hyper-scale in action. “Zero to One” as it’s sometimes called.

In places like the US and Australia, where everyone already had a bank account with a debit/credit card attached, solutions like ApplePay provide marginal benefits; it’s convenient but it’s not life-changing. In Kenya, mobile money was the first financial product much of the population ever had access to. It’s estimated that M-Pesa helped lift 2% of Kenya’s population out of extreme poverty as they joined the financial system (although the study has received criticism for its lack of rigour).

What we once saw with real-time and mobile payments is correlating quite closely to how crypto is now being used in the developing world. Stew Glynn wrote just last month about how cryptocurrencies were solving a problem unique to parts of Africa. While crypto as a store of value or for money transfers is a way off being normal in the West; it’s a very real and useful solution in places with currency instability and inflation. You can read Stew’s piece again in full here.

Taking it one step further, you can even draw parallels between micro-finance in the developing world foreshadowing the BNPL craze that created unicorns out of Klarna, Affirm, Afterpay, and Zip.

To conclude, change doesn’t just come from Silicon Valley. Time and time again we are seeing world-changing financial innovation appearing in the most remote corners of the globe. Emerging market entrepreneurs are building solutions to match unmet demands without the restraints of incumbent systems. We saw it with real-time payments, then mobile money, and now crypto and even BNPL. What’s next?

........
TEN13 Management Pty Ltd (TEN13 Management) is a corporate authorised representative of Boutique Capital Pty Ltd (BCPL) AFSL 508011, CAR Number 1298306. TEN13 Nominee Pty Ltd (TEN13 Nominee) is a corporate authorised representative of BCPL, CAR Number 1298307. Together, TEN13 Management and TEN13 Nominee are referred to as we, us, or our in this document. To the extent to which this document contains advice it is general advice only and has been prepared by us for individuals identified as wholesale investors for the purposes of providing a financial product or financial service, under Section 761G or Section 761GA of the Corporations Act 2001 (Cth). The information herein is presented in summary form and is therefore subject to qualification and further explanation. The information in this document is not intended to be relied upon as advice to investors or potential investors and has been prepared without taking into account personal investment objectives, financial circumstances or particular needs. Recipients of this document are advised to consult their own professional advisers about legal, tax, financial or other matters relevant to the suitability of this information. The investment summarised in this document is subject to known and unknown risks, some of which are beyond our control and our directors, employees, advisers or agents. We do not guarantee any particular rate of return or the performance, nor do we and our directors personally guarantee the repayment of capital or any particular tax treatment. Past performance is not indicative of future performance. The materials contained herein represent a general summary of our current portfolio construction approach. We are not constrained with respect to any investment decision making methodologies and may vary from them materially at its sole discretion and without prior notice to investors. Depending on market conditions and trends, we may pursue other objectives or strategies considered appropriate and in the best interest of portfolio performance. There are risks involved in investing in our strategy. All investments carry some level of risk, and there is typically a direct relationship between risk and return. We describe what steps we take to mitigate risk (where possible) in the investment documentation, which must be read prior to investing. It is important to note that despite taking such steps, we cannot mitigate risk completely. This document was prepared as a private communication to clients, is confidential and is not intended for public circulation or publication or for the use of any third party, without our approval. Whilst this report is based on information from sources which we consider reliable, its accuracy and completeness cannot be guaranteed. Data is not necessarily audited or independently verified. Any opinions reflect our judgment at this date and are subject to change. We have no obligation to provide revised assessments in the event of changed circumstances. To the extent permitted by law, BCPL, we and their directors and employees do not accept any liability for the results of any actions taken or not taken on the basis of information in this report, or for any negligent misstatements, errors or omissions. TEN13 Disclaimer TEN13 Nominee may, from time to time hold securities referred to in the information herein and may trade in these securities as a nominee (either as principal or as agent). We may receive commissions, fees or other forms of remuneration from transactions involving investments referred to in the materials. By accepting the materials contained herein, you agree to indemnify TEN13 Management, TEN13 Nominee, Transition Level Investments Pty Ltd ACN 154 457 155, TEN13 Holding Pty Ltd ACN 634 042 783, and Birkdale Holdings (Qld) Pty Ltd ACN 120 407 981 ATF the Baxter Family Trust and any of their respective directors, officers, employees, consultants, advisors or agents (TEN13 Parties) against any claim, liability, action, damage, loss, cost or expense sustained by any of them arising from or as a result of any breach by you of the confidentiality obligation under this disclaimer. The TEN13 Parties: disclaim and exclude all liability for all losses, claims, damages, costs and expenses of any nature arising out of or in connection with the materials contained herein (or any accompanying or subsequent information); and do not have any obligation to advise any person if they become aware of any inaccuracy in, or omission from, the materials contained herein (or any accompanying or subsequent information).
save