GODLUC is the new FAANG 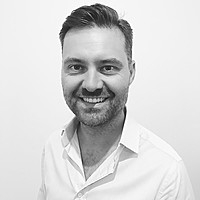 The USD $61 billion ride sharing sector makes a splash with the Lyft IPO this week already oversubscribed and Uber’s S1 filing in with the SEC. Other global players such as Grab, Didi, Ola and Go-Jek cast a keen eye on the process as the two US based companies are tipped to raise over $140 billion from the public markets. This first part of a multi part piece will give an overview of the industry, the major players with in it, and how they’ve carved up the world.

Oligopolies and duopolies are not new in markets. Airline production is dominated by Boeing and Airbus, soft drinks by Coca Cola and Pepsi and most of the world has two mobile carriers with a distant third chomping for their piece of a region’s market. Ride sharing appears to be going down a similar path as regional players protect their home turf and branch out to neighbouring locations. The below figure shows where the world’s five major ride-hailing fleets operate and where they compete. Generally, each company operates with regionally constrained fleets of drivers and customers concentrated in the major urban centres of each country. Uber as a first mover is represented across six continents, but even they have seceded markets in SE Asia and China, preferring to sell out to competitors Grab and Didi in exchange for a share of each, rather than compete. Consolidation in the sector is not unexpected as each service tries to solidify their network. The behaviour is not isolated to ride sharing, as new technology network dependent companies have been expanding their reach by merger and acquisition since the telephone exchanges of the late 19th century.

A networkable device is only as valuable as the network it is associated with. The science behind the relationship is referred to as Metcalfe’s law, or more commonly as network effects. In simple terms two network devices can make a single connection, three devices make three connections, and 100 devices make 4,950 connections. As the number of nodes in the network grows, so too does the value of each additional device. This trend was theorized to be proportional to n2 with data from Facebook and Tencent backing Metcalfe’s 1980’s born theory in a Mar 2015 paper released by Zhang, Liu and Xu. The above figures show how the revenue of Tencent and Facebook are growing proportional to n2. Despite varying product, business models and value propositions, the trend is clear and distinctly up and right. With the network trend established, we get insight into why ride share company’s value growing active user numbers over profit at this stage of their cycle. Linear growth in users means exponential value creation. Competition is fierce for drivers and riders as competitors simultaneously try to cash in by growing the active user base and their average revenue per user (ARPU) overtime. As a Company’s network becomes more and more engrained in a region, the monetization of that network becomes a larger and larger focus. The sector’s players take different approaches, but the focus is to increase ARPU across the network. There are many ways to achieve ARPU growth, but most take the paths of adding use cases or increasing service offerings. For example, Lyft has chosen to add bikes and scooters as new use cases to their offering, whereas Go-Jek and Grab added financial platforms, others still chose to compete in food delivery to grow margins and take advantage of established networks. The Size of the Prize

Today the ride sharing economy is valued at USD $61 billion, and is projected to reach $218 billion by 2025, CAGR of nearly 20%. Right now, the US market is the World’s largest ride hailing economy, valued at $30 billion and growing, with 10 metropolitan areas generating $500m+ in revenue. Those are big numbers from a relatively young industry. The real eye-popping figure comes from the fact that to date ride sharing in the US has only penetrated 1% of the vehicle mileage travelled (VMT). Expansion to 2-3% adds another $40 billion in revenue per year to the market. Further still with the addition of more expansive use cases the sector is on trajectory to capture 7-10% of US VMT by 2030.

In Dec 2013 Uber and Lyft combined for 30million of VMT per month, by 2016 the two were generating $10 billion in revenues from 500million VMT per month, a 150%+ growth rate. Even with the increase in VMT, ride hailers are scratching the surface, as the majority of VMT cases are under served. Rural customers comprise 25% of VMT, and currently have few options, large group transportation is another 20% of VMT and offers large potential. Social event travel (6-8 person capacity vehicles), commuting options and easier child travel round out some of the ride share use cases within reach.

Around the World: Uber, Lyft, Grab, Didi, Ola and more

Uber has entered our vernacular as the verb we use to explain the action of hailing a ride. Ubering home or to dinner is a thing. Now for the avid traveller they know that when they land in a new country, their mobile goes to roaming as they join a new network. The same now applies for ride sharing, as each global region has their dominant player, and your home network does not necessarily exist at your destination. Uber, Grab and Didi dominate their home grounds, and are unlikely to be unseated, as the amount of capital required to buy market share is high. Take Lyft, the Company is fighting Uber for a piece of the US market and has burned through $804m in sales and marketing spend to attract a 30% share of US riders. Outside companies are unlikely to penetrate further in the US than their current <1% share of ride hailers without significant backing. Further differences exist between the service offerings of each Company’s platform. As a guide we have released the below table and chart. Each ride sharer has a unique service offering with platforms such as Careem having a pure ride sharing model, and Grab / Go-Jek moving towards super platforms that combine grocery delivery, food delivery, and financial services with the bread and butter ride sharing fleet. The differences in platform service lead to differences in what each Company’s average user is worth to the network, with added services meaning added revenue channels.

We offer a snapshot of the world’s major ride hailers:

How Long is a Piece of String – Valuation

A brand-new sector and no publicly listed companies make valuation a bit tough. Softbank and their $100B Vision Fund have been the leader in the space taking up positions in private placements of Ola, Uber, Grab and DiDi. The Japanese telecom has bet big on ride sharing and looks to profit as valuations for Lyft and Uber IPO’s are soaring ahead of where Softbank made their initial investments.

Both Lyft and Uber are expected to trade above an 8x EV to forward sales figure, showing value above the median post 2012 growth company multiple as the two Company’s exposure to online mobility services provide a large addressable market. If Lyft and Uber fetch $25B and $120B respectively they will be trading at 11.6x and 10.5x EV to BF 12mo Sales, which put them in line between the median and large networkable multiproduct platformer Alibaba.

A lot of fuss has been raised about the losses that Lyft and Uber are making ahead of their IPOs. The losses are real, but they are tactical as linear growth in users, means exponential growth in network value, translating into large R&D and sales & marketing spends. Currently Lyft is spending 14% of its revenue on R&D and 37% of revenue on sales & marketing as it tries to push its market share. These levels of burn rate are not forever and will come down over time. Revenue as a percentage of booking continues to climb, with electrification of the fleet then automation and further service offerings providing a further boost to operations.

We’re very bullish on the sector and that is because we have experienced first-hand how powerful the current business model is and see the genuine need for the services that the global ride sharers provide. The majors in the industry are cashed up and poised for continued growth, with support and alliances with some of the world’s leaders in tech. Ride sharing with technological tailwinds, network effects, and a further move to online by the world’s customers is poised to make a big splash in 2019 and beyond.

Update from the Lyft IPO

On Thursday in the US Lyft IPO’d valuing the Company at $25 billion, as 32.5million shares were priced at $72 each. The offer was oversubscribed when originally offered at $62 - $68 per share, leading to Lyft filing to increase the raise. In trading on Friday shares rose to $78.29/share at time of writing an 8.7% increase on IPO pricing. The Lyft IPO leaves EV to trailing 12mo Sales 11.83x, establishing a range for Uber’s expected IPO in April.

Kyle is an Investment Analyst with Territory Funds Management. He has a B.Sc. in Electrical Engineering, earned his CFA charter in 2014 and has 13 years of experience in the Canadian and Australian petroleum industry.

Get investment ideas from Kyle Schlachter when you sign up to Livewire Markets.