Going with the flow 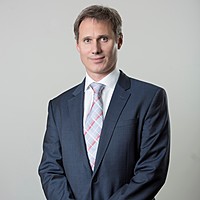 Australia’s sharemarket returns have been stellar in 2019. At approximately 24% they have comfortably exceeded the average over the past 30 years of 11% (before being adjusted for inflation) and are only below returns in 1991, 1993 and 2009. The high returns in 1991 and 1993 were post 1990’s large drawdown and the high levels of inflation in the late 1980s. In real (inflation-adjusted) terms, returns between 1988 and 1993 were closer to 10% per annum (p.a.). In 2009, the spectacular 40% increase in the sharemarket was preceded by a similarly weak global-financial-crisis-impacted 2008.

Looking further back in history, real sharemarket returns in Australia have been 6.5% p.a. in U.S. dollar terms over the past 119 years. This has been the highest in the world. It is unclear whether our rich endowment of natural resources, our stable legal system or something else has been responsible for these rich rewards. What is clear though, is that this cannot continue forever.

At some stage, Australia’s sharemarket returns will be closer to, or below, the average of the world’s returns. Relative to the world’s 5% real return p.a. over the past 119 years, 2019 has been extraordinary and not something investors should become accustomed to.

Other than in investing, being contrarian doesn’t generally yield good long-term results. And so, for this quarterly commentary, we’ve decided to go with the flow and write about something many of our readers have recommended: a post-mortem on previous quarterly commentary topics. For the sake of brevity, we’ve focused on commentaries for the two years to June 2019 (even though the portfolio’s average holding period is closer to five years). First, a quick summary of what we said.

The story so far

QBE Insurance Group Limited was the topic of our September 2017 commentary. Its share price had fallen from $35 in 2008 to $10 at the time, mostly due to a host of poor acquisitions coming home to roost with low prevailing returns on their investment portfolio and weak insurance premiums causing profits to fall. We concluded that QBE appeared attractively priced given our expectations of its long-term earnings potential.

In December 2017 we wrote about Sigma Healthcare Limited, whose future was uncertain given the possibility that their largest customer, Chemist Warehouse (then 35% of sales), might take their business elsewhere. Its share price had fallen significantly in anticipation of this outcome.

In March 2018, we wrote more broadly about market valuations, earnings multiples and earnings cycles. We concluded that we thought the Allan Gray Australia equity portfolio as a whole traded at a similar multiple of earnings to the broader sharemarket, but that its earnings were cyclically depressed.

In June 2018 we wrote about Asaleo Care Limited, a manufacturer of paper-based products including tissue paper, feminine hygiene products and incontinence nappies. A combination of higher input costs (primarily pulp and electricity) as well as increased competitive intensity had resulted in lower earnings. The share price had fallen a third relative to the market since it was listed in 2014. We felt that the company represented reasonable value based on its cyclically-depressed earnings and would be cheap if input costs fell or selling prices rose.

In September 2018 we wrote about Sims Metal Management Limited, a recycler of ferrous and non-ferrous metal. Economic weakness in and sanctions against Turkey (their largest ferrous customer) as well as environmental clampdowns in China (their largest non-ferrous customer) soured sentiment resulting in a share price fall to $12.65, 25% below levels only two months earlier. We concluded that the Turkey issues were likely to be temporary and that China’s environmental clampdowns were likely to ultimately benefit Sims as they had invested ahead of this legislative change to upgrade their recycled metal products to ones of acceptable grades and purities.

Peet Limited, a residential land developer, was the topic of our December 2018 commentary. Then trading at $1/share, we concluded that Peet was cheap with investors able to buy the company at a 15% discount to its conservatively stated net tangible assets and, at the same time, pick up their asset-light funds management business for free.

In March 2019 we wrote about AMP Limited, a company which, for all the wrong reasons, needs very little introduction. AMP’s share price had fallen from over $5/share to $2.10/share at the time, largely on the back of revelations at the Royal Commission into Misconduct in the Banking, Superannuation and Financial Services Industry and the fallout that ensued. We argued that investors didn’t pay much for the troubled Wealth Management division and might benefit greatly from the company using its beleaguered position to streamline its cost base.

Finally, Nufarm Limited was the topic for our June 2019 commentary. Nufarm is a formulator and distributor of agricultural chemicals and was battling a number of fronts at the time of writing. The company acquired two European product portfolios in 2017 leaving its balance sheet with too much debt at a time when poor weather conditions (drought in Australia and floods in North America) caused its earnings to falter.

How have they performed?

Graph 2 shows the relative performance of each of these companies (or for March 2018, the Allan Gray Australia Equity portfolio) from the date of the quarterly commentary that they featured in.

Graph 2: Performance of each investment relative to the benchmark since featuring in the quarterly commentary Only three of the eight ideas which we wrote about in the two years to June 2019 have gone on to outperform the portfolio’s benchmark (Nufarm, QBE and Peet). Four of our ideas have underperformed by quite some margin and a fifth, the Allan Gray Australia Equity portfolio, has underperformed modestly. As long-term shareholders we don’t evaluate our performance over such short time horizons, but were a success ratio this poor delivered over the longer term, it would be unacceptable for a firm like ours. As it is, we are disappointed with this short-term outcome and an explanation of what has happened since we wrote about each of the five underperformers and what we’ve done in the face of this underperformance is probably in order.

Sigma, the most significant underperformer, announced in July 2018 that a contract extension with its largest customer, Chemist Warehouse, could not be agreed on commercially acceptable terms. At the same time, the company announced that weak trading conditions would see its earnings fall by almost 20%. At the time of our commentary, we felt that Sigma was priced for the departure of Chemist Warehouse but the weak trading update was unexpected by both us and the broader market.

In Asaleo’s case, on the eve of publishing our quarterly commentary, the company announced a 24% decline in profits due to higher pulp and electricity prices, lower sales volumes in its consumer tissues business and higher trade spend to support its market share. Despite all of these forces having been referenced in our quarterly commentary and factored into the share price to some extent already, Mr. Market took an even dimmer view with the share price falling almost 35% in one day. By early-December 2018, it had fallen 55% from its June 2018 close. Some relief followed in December 2018 when it disposed of its challenged tissue business for a great price and considerably reduced its debt load in the process.

Sims’ weakness has continued, partly due to the Turkish and Chinese headwinds described above, but also because of general economic weakness (particularly in the automobile industry, a large purchaser of Sims’ recycled aluminium). Little has gone right for Sims. With low prices for Sims’ recycled metal products, it has limited ability to pay high prices to peddlers for scrap metal to feed its recycling yards. This has resulted in a reduction in throughput and reduced profits given the operating leverage implicit in its business.

Surprisingly little has changed for AMP. The sale of its life insurance business remains afoot albeit at a slightly reduced price and the company has raised close to $800m in equity at $1.60/share. Were one to adjust AMP’s starting price for the dilutive impact of this raising, the share price underperformance would appear far less severe.

What have we done about it?

As long-term investors we do not expect instant recovery in the stocks that we buy. In fact, in many cases prices will continue to fall after we’ve invested. As we’ve said in the past, actions on the back of unexpected falls in share prices are what drive a significant part of any portfolio’s future performance.

With the exception of Sigma, whose weight in the equity portfolio is significantly lower today than in December 2017, the weights of the other underperformers are at least as high as they were at the time of the relevant quarterly commentary. In AMP’s case, this is largely due to our participation in their recent equity raising. For the other underperforming stocks, we have invested significantly more as we have seen little that would fundamentally change the value in their businesses. We remain patient holders of these companies, which appear to offer compelling value relative to the broader sharemarket.

Table 1: Underperforming stock weights in the Australia Equity portfolio today versus when featured in quarterly commentary

And lastly, on to our fifth underperformer, the Allan Gray Australia Equity portfolio. Last year we compared the portfolio to the broader market. At the time, both the broader sharemarket and this portfolio traded at a little over 15 times the following year’s forecast earnings. But the portfolio’s earnings appeared to be more depressed, which we considered to be mainly cyclical in nature, making it relatively attractive versus the market. As Table 2 shows, the picture looks similar but more extreme today.

Since writing about the portfolio in March 2018, it has underperformed by approximately 2.7% (to 24 December 2019). At the end of the same period the market traded at close to 18 times next year’s earnings, with the vast bulk of our sharemarket’s returns the result of multiple expansion (as opposed to earnings growth).

The portfolio, on the other hand, traded at a little over 16 times earnings, with those earnings seemingly even more depressed than back in 2018.

Before ending, it’s possible that this short-term score card is a bit too harsh and doesn’t accurately reflect our ability to pick and write about good investments. It is not unusual for companies we write about to go on to underperform, sometimes by a large amount. This is true of Austal Limited, one of our largest successes in 2019. Austal was previously written up in our quarterly commentary in March 2012. When we wrote about Austal, its share price was $1.46/share. Subsequent to our quarterly commentary it fell considerably and ultimately underwent a recapitalisation at 50 cents per share in November 2012. Today, we have all but exited our clients’ Austal stake at prices close to three times the levels in March 2012 and over eight times the recapitalisation price.

Only time will tell whether we are positioned appropriately today but we think there is merit in taking a longer than two year perspective. Thank you for your patience.

Contrarian investing is not for everyone, however there can be great rewards for the patient investor who embraces Allan Gray’s approach. To stay up to date with our latest thinking, hit the follow button below or contact us for further information.

This extract is from Allan Gray Australia’s December 2019 Quarterly Commentary, which you can read in full here.