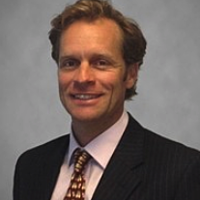 A$ Gold may be setting highs, but it’s a bit hard to go past the spate of recent blow-ups among the single-asset gold development stories. It’s been a slow and painful burn for some and a spectacular fall from grace for others. Add another handful that are on a “red-flag” watchlist and it’s easy to understand the market’s increased caution and associated de-rating of these companies’ peers.

Anything carrying extra technical risk, or a project with a Resource or Reserve that looks in any way marginal is being heavily discounted as the market applies an increased risk premium or concludes that there is no margin for error should anything go wrong.

Negative Reserve and Resource reconciliations saw a mined grade of ~0.8g/t Au over the first 18 months of mining, vs the Reserve grade of 1.3g/t Au. This resulted in All-In-Sustaining Costs (AISC) blowing out to >A$2,000/oz vs the targeted ~A$1,000/oz. GCY has now gone into administration;

Everything went well for DCN until it came to mining the gold. Declaring commercial production on 1 January 2019 and guiding FY19 production of 180-210koz, DCN subsequently downgraded to 150-160koz in late March (including 50-55koz for the June quarter). However, in early June DCN cut this to 138-140koz for FY19 and, more dramatically, gave preliminary FY20 guidance of 150-170koz at AISC of A$1,350/oz- $1,450/oz and lowered longer term annual production to 160-180koz. This is ~15% lower than the targeted ~200kozpa life-of-mine average at AISC of ~A$1,000/oz. While production and reliability issues contributed, the key driver appears to be negative reconciliations of 15% for Reserve ounces to milled ounces. In other words, 15% of the ounces in the Reserve don’t appear to be there, resulting in lower grades, lower production, higher costs and a big hit to valuation.

Spectacularly fell from grace with the release of a long-awaited feasibility study into the long-term haulage options at its Gwalia underground, which is heading to 2,300m below surface. Higher costs and technical risks of alternative options led SBM to stick with truck haulage, implying lower production and higher costs than had been anticipated by the market. Still, with a preliminary outlook for longer-term production of 220-230kozpa and higher (but still profitable) costs, there was light at the end of the tunnel. Unfortunately, this was the oncoming train of an unpopular acquisition (Atlantic Gold (AGB CN) for A$768m) and associated A$490m capital raising. The raise came undone when SBM downgraded Gwalia’s FY19 production by 15koz to 220koz, leaving underwriters with A$127m in stock.

With a Stage 1 production objective of 100kozpa when it poured first gold in October 2016 and a longer term Stage 2 objective of 175-230kozpa, BLK had a Resource base of 5.1Moz @ 3.3g/t Au and Reserves of 560koz @ 2.5g/t Au. Of the Resource, 3.5Moz (69%) was refractory, so the plan was to run at 100kozpa from oxide material grading 2.0.g/t and then expand the plant to treat refractory ore and achieve the Stage 2 production target. The share price has never recovered. A year later, BLK was undertaking its first re-financing, grades had struggled to get above 1.5g/t Au, recoveries fell away as refractory ore was mined and production ran at 60kozpa. This lifted to 80kozpa in 1HCY18 and AISC briefly dropped below A$1,500/oz in the March 2018 quarter but this was as good as it got. FY19 guidance was set at 77-89koz at AISC of A$1,250/oz, but in the most recent quarterly was cut to 66-68koz @ AISC of A$1,700/oz.

An under-capitalised development plan, low Resource to Reserve conversion, underground mining without Reserves, milled grades of <1.5g/t Au vs Resource grades of ~3-4g/t and Reserve grade of 2.3g/t Au all led to a catastrophic production and cost performance. Mill throughput got to half of 1.2Mtpa nameplate at best and while AISC were never reported, we estimate the best quarter was +A$2,400/oz. EGS is currently being re-capitalised under a new Board and management as Ora Banda Mining;

We’d almost forgotten about the watermelon seed nugget craze that saw ARV’s share price peak at $0.55/sh (mkt cap A$300m) – that is until we ranked the stock performances on our Heat Map and noted ARV’s current share price of $0.038/sh. The saving grace of this project is that the story waned before any real capital was invested.

But the A$ gold price is at all-time highs – I need to get some of the action!

The paradox of all this is that the A$ gold price is at an all-time high, having pushed through A$2,000/oz in June. Furthermore, in our view, key drivers remain supportive of a positive price outlook:

While there is some evidence of labour market tightness and input cost inflation in the Australian mining industry, the wellmanaged producers are controlling costs, making excellent margins, have strong balance sheets, are delivering returns to shareholders and have largely exercised capital discipline. A quick scan of the better-performing end of our Heat Map shows some very handy capital returns (several have paid dividends on top of this) from some of the larger (multi-billion dollar) names in the sector:

We believe attractive opportunities are currently available in the gold sector through which exposure to the very positive macro environment can be gained. As always, there are no guarantees, but we have run through our coverage to weigh up our best risk-reward propositions. We especially see this in the single-asset production companies, where the valuation of good assets and management teams have suffered from the mistakes of their peers.

As a single asset producer PNR will carry additional risk. This will be mitigated following the recent acquisition of the Central Norseman Gold Project (CNGP), but we do not expect first production from here for ~12 months. In the meantime, we are expecting production at PNR’s 100%-owned Nicolsons mine to successfully ramp-up to a run-rate of ~80kozpa from the end of the June 2019 quarter and for AISC to drop to ~A$1,000/oz. We believe a strong, debt-free balance sheet, expanding margins and management’s solid track record of delivery will separate PNR from the pack and earn a premium rating vs peers.

While RRL does not offer the current deep value proposition of PNR it does, in our view, offer attractive relative value compared with its multi-mine producer peers and a relatively low risk profile. As one of the lowest cost pure gold producers it offers less leverage to a rising gold price but strong cash flows will likely translate into high shareholder returns.

The Bells Gold Tracker is a periodic review of ASX-listed gold equities and the gold market. We run through current market themes, our current coverage, our quarterly production monitor, gold-producers’ and explorers’ comparison tables, a gold equities performance “heat-map” and some key price and relative value charts. In this edition we have also included summaries of key gold producers on our research coverage list. Our coverage is shown in Table 1 with recommendation changes included with this update listed below.

David joined Bell Potter in 2015 as Senior Resources Analyst. Previously he was with CIMB as a Resources Analyst covering precious and base metals companies and prior to that was with Baker Steel Capital Managers where he worked as Research Analyst.

C
Chris Wild
25th Jul, 19
Hi David - was is your TP of RRL? - you have it stated here as 5.40 - below current share price?
D
Darrell Lynch
26th Jul, 19
Ah the classic small mining stock. All went well until they had to start mining. Feasibility studies with grade, dilution, costs and recovery assumptions are easy in a spreadsheet with nothing but ‘upside’
M
Mark Dawson
26th Jul, 19
Another good one being missed is Aurelia Metals. Pumps out heaps of gold and is currently at a good discount to it's true value. Trading around 0.42 to 0.48 cents but should realistically be at + $1.00

Get investment ideas from David Coates when you sign up to Livewire Markets.