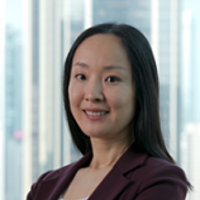 Growing up in an era in which China has grown to be the world’s second-largest economy, “Guochao” consumers (largely Millennials and Generation Z) have a strong and genuine confidence toward their national identity and traditional culture and this sentiment extends toward local brands. Guochao consider quality and appearance of local brands being no longer inferior to foreign brands. In fact, some Chinese brands have improved their products from its aesthetics, innovation and use of technology, while also keeping prices competitive versus foreign peers.

Statistics jointly released by Baidu and the Research Institute of People.cn, show that the percentage of keyword searches for Chinese brands surged to 70% among all searches, much higher than the 38% seen in 2009. The tags related to Chinese brands have also changed from “OEM” and “low quality” in 2009 to “core technology” and “independent R&D” in 2019.

Towards a consumer-led economy

It is no coincidence the “Guochao” trend is taking place during China’s economic transformation from an export led economy and investment to one driven by consumption.

An increasing level of disposable income means Chinese consumers have much stronger purchasing power. China’s Gross Domestic Product (GDP) has expanded more than 50 times since its milestone reform in 1978. Disposable income per capita since then, has increased more than 20 times.

Furthered by escalated trade and political tensions between China and the U.S., trend toward domestic substitutes accelerated as strengthening patriotism pushes more consumers to buy Chinese. Nielsen’s study for the second quarter of 2019 showed 68% of consumers preferred home-grown brands, positively correlated with ‘Chinese nationalist’ sentiment also rising. Interestingly, consumers in first and second-tier cities demonstrated a stronger willingness to buy Chinese brands, with 67% of those choosing domestic due to their passion for Chinese traditional culture and symbols.

The digitisation of consumption has allowed for domestic brands to penetrate markets at a much easier and faster rate. The booming e-commerce platforms in China play an important role in the process. Key Opinion Leaders (KOLs) rely on Alibaba’s Taobao platform, TikTok and Kuaishou use live streaming or release short videos to sell products. According to the China Internet Network Information Centre, China’s online shopping user penetration climbed to 78.6% by March 2020. Compared to traditional marketing and sales practices, digital and interactive customer engagement tools, thanks to the evolution of technology have improved overall experience and customer stickiness.

Chinese consumers have shifted from their infatuation of foreign brands; paying more attention to detail, cost, as well as cultural and technology elements. The younger generation have gradually become the main force in consumption. We believe “Guochao” is likely to last as long as domestic brands continue to adapt to consumer needs quickly and match their products accordingly.

The new generation of Chinese consumer prefers to encompass quality, aesthetics while embedding Chinese culture and high-tech elements, and showcasing their ‘brand’ stories via ever-changing social media channels. In the meantime, foreign brands will need to adjust and better understand Chinese consumers incorporating innovation in their products to attract the younger generation’s attention.

Sportswear is the strongest Guochao sub-industry within consumer discretionary. Robust growth in sportswear is not a Chinese consumer trend but a global phenomenon. As health awareness improves, consumers care more about what they eat and participate in more sporting activities than in the past. For example, in China marathons have gained popularity with a record high of 1,581 runners taking part in 2018, up 43.46% from 1,102 in 2017. The total number of participants rose by 17.07% YoY to 5.83mn, according to the Chinese Athletics Association (CAA). More importantly, striving for a healthy life has become the key trend of urban lifestyle, benefiting the sportswear industry.

Sportswear has expanded beyond functional shoes and apparel, to casual urban lifestyle outfits. For example, yoga pants being more popularised as casual wear rather than yoga and workout gear. Similarly, it has become trendier to wear ‘smart’ watches than any luxury brands.

Casual wear has become a fashion trend that has driven the sportswear industry to take tips from the apparel industry. Young consumers, particularly millennials and Gen-Z, typically dress more casually than even their parents’ generation. It was uncommon for older generations to not shave or dress casually to work. Today it is widely accepted to dress less formal to work. Adjusting to these trends, luxury brands have expanded their product suits to incorporate more casual and sports-related wear.

China increased support for sports across the country spending heavily in recent years on new modern facilities. The total number of sporting facilities in China increased from 850,000 in 2004 to 1.96mn in 2017, growing approximately 6% YoY every year. This investment is set to continue for years to come encouraging people to lead more healthier lifestyles and lessen any expected social burdens in the future. China for instance, is aging fast and birth rates have been declining alluding to higher costs for healthcare in the future. Added to this, teenagers spending too much time playing online games has become a social issue in China with regulations introduced to reduce user screen times. By encouraging more young Chinese to participate in sports can be a better solution to such issues. Meanwhile, the Tokyo Olympics in 2021, followed by the Beijing Winter Olympics in 2022 will further support the sportswear industry in China.

We believe the strength of domestic brands across different hardware categories will continue. Besides nationalism, key drivers include the rapidly improving design and specification of hardware products for domestic brands. Pricing is also competitive, especially for the mid to low-end segment.

Wearables, for example, saw Xiaomi and Huawei own the top 2 spots with a combined market share of 45.5% despite strength from traditional Apple products, holding 13.7% market share in 2019.

On the smartphone side, the gap between domestic brands and leading foreign brands has been closing in key features and specifications. The camera performance of many domestic brands even exceed Apple and Samsung phones.

Consumption is increasingly happening outside the traditional sectors. We aim to capture shifts in consumption patterns in addition to Asia consumer’s growing wallets. The Mirae Asset Asia Great Consumer Equity Fund is a Bottom-up, high conviction portfolio taking a long-term approach with a qualitative focus. Click 'CONTACT' below to find out more.

........
Mirae Asset Global Investments (HK) Limited content shared through Livewiremarkets.com is neither an offer to sell nor solicitation to buy a security to any person in any jurisdiction where such solicitation, offer, purchase or sale would be unlawful under the laws of that jurisdiction. Investment involves risk. The information in the material contribution is based on sources we believe to be reliable but we do not guarantee the accuracy of completeness of the information provided. The material contribution through Livewiremarkets.com has not been reviewed by SFC and shall only be circulated in countries where it is permitted. This material contribution is intended solely for your private use and shall not be reproduced or recirculated either in whole or in part, without the written permission of Mirae Asset Global Investments. Whilst compiled from sources Mirae Asset Global Investments believes to be accurate, no representation, warranty, assurance or implication to the accuracy, completeness or adequacy from defect of any kind is made. The division, group, subsidiary or affiliate of Mirae Asset Global Investments which produced the underlying content shall not be liable to the recipient or controlling shareholders of the recipient resulting from its use. The views and information discussed or referred in reports through Livewiremarket.com are as of the date of publication, are subject to change and may not reflect the current views of the writer(s). The views expressed represent an assessment of market conditions at a specific point in time, are to be treated as opinions only and should not be relied upon as investment advice regarding a particular investment or markets in general. In addition, the opinions expressed are those of the writer(s) and may differ from those of other Mirae Asset Global Investments’ investment professionals. The provision of content through Livewiremarkets.com shall not be deemed as constituting any offer, acceptance, or promise of any further contract or amendment to any contract which may exist between the parties. It should not be distributed to any other party except with the written consent of Mirae Asset Global Investments. Nothing herein contained shall be construed as granting the recipient whether directly or indirectly or by implication, any license or right, under any copy right or intellectual property rights to use the information herein. Content may include reference data from third-party sources and Mirae Asset Global Investments has not conducted any audit, validation, or verification of such data. Mirae Asset Global Investments accepts no liability for any loss or damage of any kind resulting out of the unauthorised use of this document. Investment involves risk. Past performance figures are not indicative of future performance. Forward-looking statements are not guarantees of performance. The information presented is not intended to provide specific investment advice. Please carefully read through the offering documents and seek independent professional advice before you make any investment decision. Products, services, and information may not be available in your jurisdiction and may be offered by affiliates, subsidiaries, and/or distributors of Mirae Asset Global Investments as stipulated by local laws and regulations. Please consult with your professional adviser for further information on the availability of products and services within your jurisdiction. Australia: Mirae Asset Global Investments (HK) Limited (“Mirae HK”) is exempt from the requirement to hold and Australian financial services license in respect of the financial services it provides in Australia. Mirae HK is authorized and regulated by the Securities and Futures Commission of Hong Kong under Hong Kong laws, which differ from Australian laws.
save