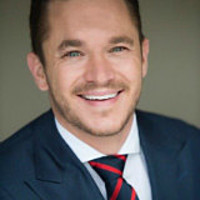 How Warren Buffett lost $1Billion on Coca-Cola (KO). It's not just us mere mortals that have been affected by the issues besieging Coca-Cola. Warren Buffet, via Berkshire Hathaway, has posted a $1.1 billion notional loss on the groups Coca-Cola position since the start of 2014. Berkshire, which owns 400 million shares, has been a long time supporter of the company and represents 9.1% of the total holding. Mr Buffett recently said we've never sold a share of Coca-Cola stock, and I wouldn't think of selling a share. Mr Buffett believes the market has 'lost sight' of the true reality of coke and has no doubts about the company and its ability to generate remarkable returns to its shareholders, despite growth that 'misses expectations'. With Coca-Cola reporting in the US later this week, all eyes will be on Warren Buffett and Berkshire Hathaway for any indication that patience is wearing thin.